I don’t do a Top 10 Best Films at the end of the year. After all, Bayflicks is about old films as well as new ones, and because it’s also about the theatrical experience.

Instead of listing Best Films, I pick my Favorite Moviegoing Experiences. The movies can be new or old. The experience must happen in a movie theater with a paying audience. I consider the enthusiasm of that audience, the quality of the projection and sound, filmmaker Q&As and live musical accompaniment. I also consider the quality of the movie.

Here are my top 12 moviegoing experiences of 2019. Why 12. Because I just couldn’t whittle it down to ten.

12: It Happened One Night, BAMPFA, DCP

I rediscovered Frank Capra’s breakthrough hit, which I had largely forgotten, thanks to this event, which was part of the series In Focus: Writing for Cinema. The movie foreshadowed the screwball comedies of the late 30s and 40s, with romance crossing over class lines. Taking poverty seriously (the film came out in the depth of the depression), it’s filled with warmth and humanity as well as laughs. Before the screening, film historian Joseph McBride interviewed Victoria Riskin, the daughter of screenwriter Robert Riskin.

This prison drama starts with a botched execution, and it was one of the most intense experiences I’ve seen on the screen. Alfie Woodward plays the warden – good at her job, but the emotional toll of executions are ruining her life. (The film will open in the Bay Area January 10.) After the screening, Woodward and writer/director Chinonye Chukwu answered questions. Part of the Mill Valley Film Festival. 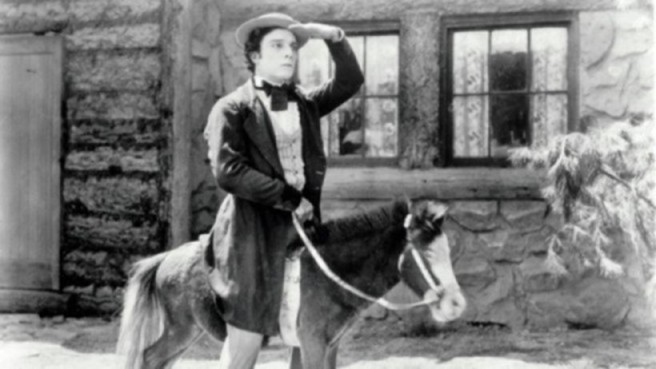 I had not seen Buster Keaton’s first feature masterpiece on the big screen in at least 10 years. Wow! It really made a difference. Of course, the Mont Alto Motion Picture Orchestra’s wonderful live musical score added tremendously to the silent movie experience. Three years before he made The General, Keaton mined the antebellum South for comic gold in this almost gentle comedy about a Hatfield/McCoy–like feud. For more on the movie, read my Blu-ray review. The closing event of last year’s San Francisco Silent Film Festival. 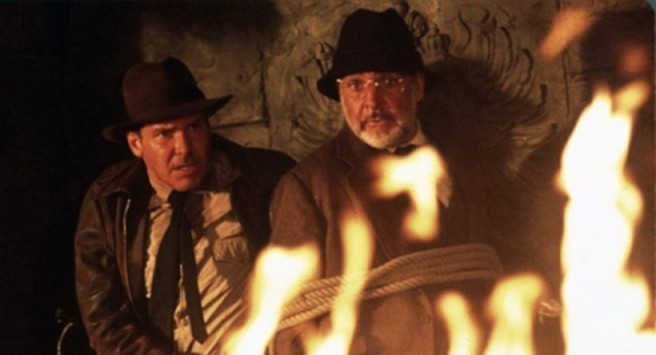 To my mind, the third Indiana Jones movie is the best in the series. The action scenes and comedy were as good as those in Raiders of the Lost Ark. But the addition of Sean Connery as Indi’s father added another level of character and comedy (you can read my A+ appreciation). This was the first time I’d seen Last Crusade theatrically in 30 years. And the Alameda’s Historic Theatre – which occasionally screens classics – is a huge, beautiful, art deco movie palace with a giant screen and great sound. A perfect way to see Indiana Jones.

Last year, the San Francisco Jewish Film Festival gave its Freedom of Expression Award to documentarian Judith Helfand. Before the very serious feature, Helfand showed her funny side with the short Absolutely No Spitting. The main doc, COOKED: Survival by Zip Code, shows intelligently, entertainingly, and I’m pretty sure accurately, how natural disasters hit hardest in poor neighborhoods. This is a must-see for every American. The discussion after the film dealt with emergency services in San Francisco.

This hilariously cruel comedy thriller about the haves and the have nots is one of the best films I’ve seen this year. A young man in a desperately poor family fakes his education so he can tutor the daughter of a very rich couple. Soon his sister, father, and mother are working there as well, without their employers knowing they’re related. Berkeley’s California Theater has good sound and a reasonably big screen. The night I saw it, the audience laughed and cheered and shrieked in horror – always at the right time. 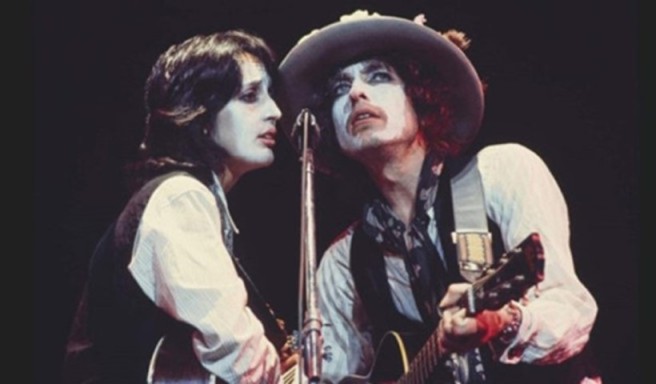 The Doc Stories film festival ended with a bang: Martin Scorsese’s partially fictitious documentary about Bob Dylan’s near-mythical 1975-76 tour. Scorsese uses archival 16mm footage and new interviews – some of them with fictitious people – to tell its story. I saw it earlier on Netflix and loved it. But on the big screen, with great sound and an enthusiastic audience, it was another experience. After the screening, SFFILM Director of Programming Rachel Rosen interviewed Scorsese, where he told us what was real and what was made up.

5: Once Upon a Time…in Hollywood, California (Berkeley), 35mm 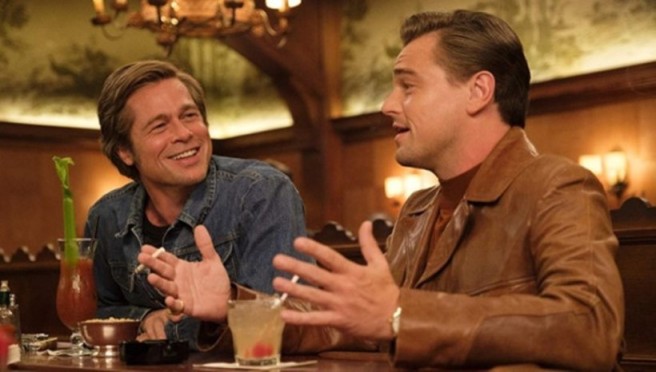 It’s a very entertaining movie, but that in itself wasn’t enough to get Tarantino’s latest on this list. The audience I saw it with, just two days after it opened, was excited and enthusiastic. When Brad Pitt took off his shirt, women in the audience swooned. And everyone was going crazy during in the surprising finale. This was also the first time in years that I’d seen a new movie in 35mm. The print looked glorious, but I don’t know how it looked two weeks later.

4: One crazy day at the movies, Elmwood and Castro, DCP, 35mm, and unidentified digital.

Saturday, February 2, 2019 was a very busy and enjoyable day for me. First, I went to the Elmwood to watch four newly restored Laurel and Hardy shorts. I was delighted to see children in the audience; not introducing your kids to Laurel and Hardy just may be a form of child abuse. Then I crossed the Bay for two  Noir City double bills. The closing program of Godard’s Breathless and Hitchcock’s Psycho just may be one of the world’s best double bills. In his introduction to Psycho, Eddie Muller described how this Hitchcock thriller is noir…”until it isn’t.” 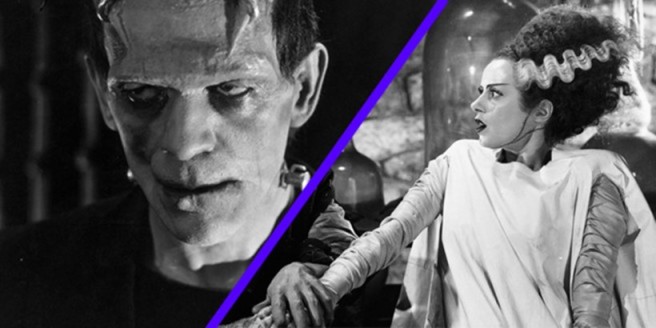 Talk about another great double bill! Before this October, I hadn’t seen James Whales’ two great Frankenstein films theatrically in ages. Big screen or small, Whales and actor Boris Karloff made the monster into the victim, so you care more about him than the humans. But what you miss on the small screen is the overwhelming horror that the Castro’s tall screen provides. You can feel the goosebumps from the original 1930s audiences. The DCPs were excellently mastered.

Aquarela is about water in its more extreme conditions. We see dangerously thin ice, glaciers calving, and the strikingly beautiful underside of an iceberg. In warmer climates, we see flooding in rural and urban settings. But as much as anything else, Aquarela is a celebration of modern cinema technology, from the incredible camerawork that would have once been impossible to the all-embracing Dolby technology. Read my full review.

The huge, curved-screen Dolby Cinema theater may be the most advanced digital movie theater in the world. But it’s only a commercial theater during the SFFilm Fest. Most of the time it’s a laboratory. And it was the absolutely perfect theater to see Aquarela. 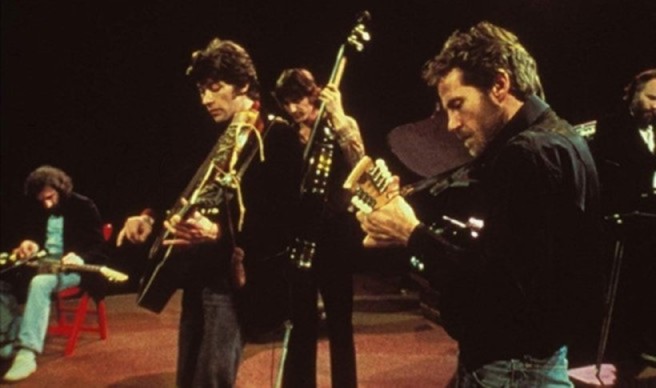 The Band played their final concert on Thanksgiving night, 1976, with guest performers including Bob Dylan, Eric Clapton, Muddy Waters, and Joni Mitchell. Martin Scorsese brought a crew of talented filmmakers and created the greatest rock documentary ever made. Read my A+ appreciation.

Over the decades, I’ve watched this film in VHS, DVD, and Blu-ray. But on the big screen, these great musicians become godlike, and yet more human. The PFA’s Meyer Sound system takes over your body. When a song ends, you’re not sure if the applause was coming from the soundtrack or the audience in which you are a part. Rock and roll is always better in a crowd. Part of the series It’s Only Rock ‘n’ Roll,

One thought on “My Best Moviegoing Experiences of 2019”