Monday was Take Action Day at the San Francisco Jewish Film Festival. It’s kind of a strange name when you think about it. Sitting in a movie theater all day is anything but taking action.

Of course, what it really means is that the films (all documentaries) will inspire you to take action. And the panel discussions after the films will show you how. It’s all about tikun olam – the Hebrew commandment to heal the world.

I skipped the first film, American Factory, because I’d already seen it. But I saw the three that followed it. 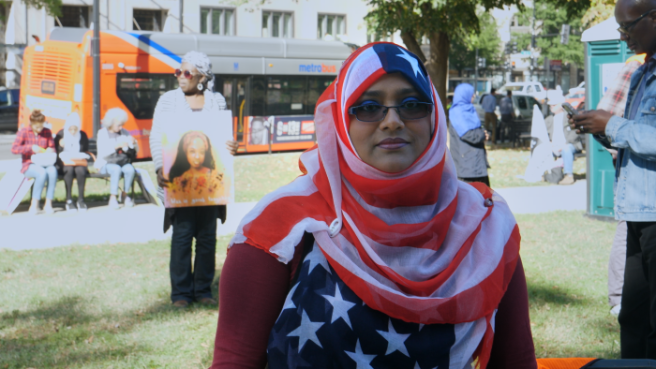 Adam Zucker takes in a very important issue: the horrible treatment of American Muslims, and the problems caused by the Trump Administration’s Muslim Ban. We meet a lot of Muslims, mostly in family situations, and they’re all very nice people. The film also shows the frightening hate and bigotry of the MAGA crowd. There’s a lot of political activism, and scenes of Muslims and Jews working together against the hate. But after about an hour, the documentary becomes repetitive. I thought the picture was ending three or four times before it finally closed. Of course, only people who already agree with the film will ever see it.

I give American Muslim a C.

After the film, Zucker and Matt Kolbert of Bend the Arc answered questions and discussed the issue and the movie. Some highlights, edited for brevity and clarity. 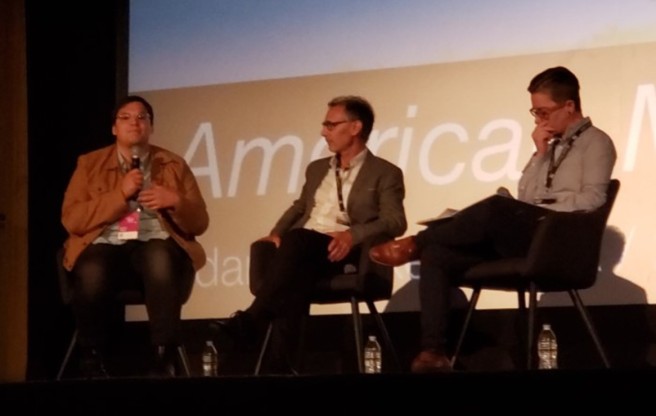 You have another chance to see American Muslim on Friday, July 26, 11:30AM, at the Albany Twin. 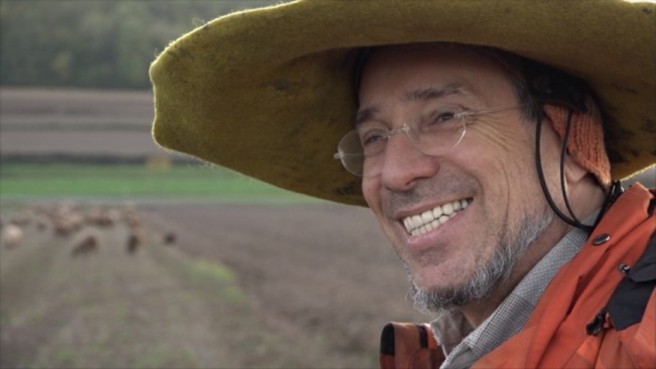 Hans Breuer’s joyful view of life will infect anyone who watches this documentary. He appears to be a saint. An Austrian Jewish sheep farmer, he and his wife work tirelessly (at least as it seems in the movie) helping refugees coming into the EU. He brings families over the border in his car. He fetches large canisters of tea to the detention centers, and he brings families into his own home. He’s also a musician and is learning Yiddish because he doesn’t want his parents’ language to die. He seems to be the happiest man in the world. This is the most enjoyable film I’ve seen at the Festival.

I’m giving this one an A.

Director Ronit Kertsner did not attend, but two experts came on stage to discuss how stress effects children – a major issue with refugees. They were Amy Weiss of Refugee & Immigrant Services, Jewish Family and Children Services, and Jessica Trubowitch of JCRC Public Policy and Community Building. Some highlights, edited for brevity and clarity:

You can see Refugee Lullaby at the Piedmont on Sunday, August 4, at 12:00 noon.

Full disclosure: I recently found out that Judith Helfand, the recipient of this year’s Freedom of Expression Award, is a friend of a friend. I’ll try not to let that effect my review.

Helfand is a New York-based documentarian whose non-fiction films can swing from detailed information on serious subjects to ironic comedy. Before the feature, the Festival showed her funny side with the short Absolutely No Spitting. It’s a funny and heartwarming story about the DNA of her adopted, adorable daughter.

Okay, now on with the feature, called COOKED: Survival by Zip Code.

Natural disasters hit hardest in poor neighborhoods, and Helfand carefully puts it all together in this powerful and informative documentary. In 1995 Chicago, a heatwave killed more than 700 people, almost all of them in poor, black neighborhoods. While centering on the Chicago heatwave, the film also covers Katrina and other disasters. Intelligently, entertainingly, and I’m pretty sure accurately, she explains why disaster relief is for the wealthy, and why. This is a must-see for every American. I just hope it gets seen by enough of them.

I give COOKED an A.

After the screening, Helfand came on stage along with Daniel Homsey of the Neighborhood Empowerment Network, and Bijan Karimi of Emergency Services for the City of San Francisco. These highlights from the discussion are edited for clarity and brevity:

You have two more chances to see this exceptional documentary: