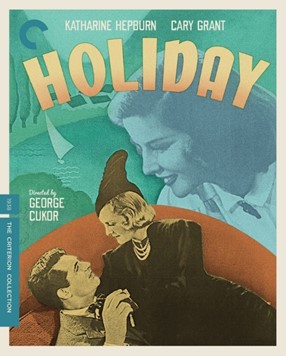 The 1938 romantic comedy Holiday doesn’t seem quite crazy enough to be called a screwball. The laughs don’t pile up the way other such comedies of the period do. But it has something else – a believable romance between intelligent people discussing their lives and their loves, and how they became the people they are.

On the other hand, it stars Cary Grant and Katharine Hepburn, and plays with class differences, so maybe it is a screwball. Just don’t expect a laugh riot like Bringing Up Baby. Perhaps it’s a screwball dramedy. Holiday was directed by George Cukor, from a screenplay by Donald Ogden Stewart and Sidney Buchman, adapted from Philip Barry’s 1928 play.

Grant plays a self-made man who discovers that his fiancée comes from a very wealthy and aristocratic family. Doris Nolan plays the fiancée, but Hepburn gets star billing as her older sister, so if you know anything about Hollywood movies, you can guess who will get Grant.

This is not a happy or healthy family. The father (Henry Kolker) cares only for prestige and money (the mother has passed on). The middle child – the one engaged to Grant – feels largely the same way. The youngest child and only boy (Lew Ayres) is constantly drunk.

Hepburn plays the only decent and caring person in the family. Obviously, she’s the black sheep. We see almost immediately that she’s truly the right woman for her sister’s fiancé. 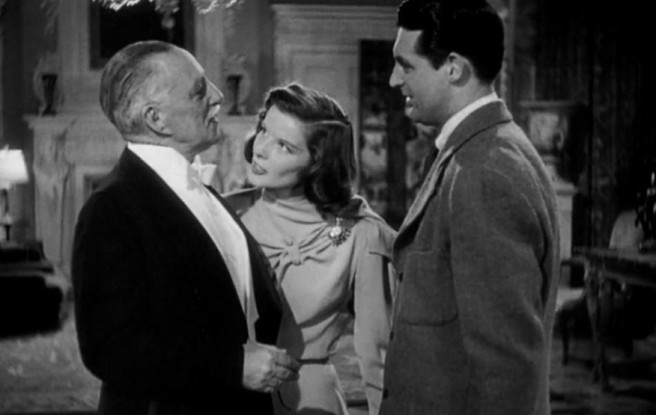 Cary Grant was an acrobat before he became a movie star, and Holiday allows him to show off his physical prowess with some very impressive summersaults. He also shows his dramatic and comic acting ability as a regular guy suddenly dropped into the world of New York aristocracy’s who who.

Speaking of comic acting, Edward Everett Horton gets to play an intelligent person for a change. If you only know him from Astaire Rogers movies, it’s a revelation. He’s still funny, but not because he’s stupid or confused. He’s funny because he’s witty. I suspect this is what the real Horton was like. Jean Dixon plays his extremely suitable wife. 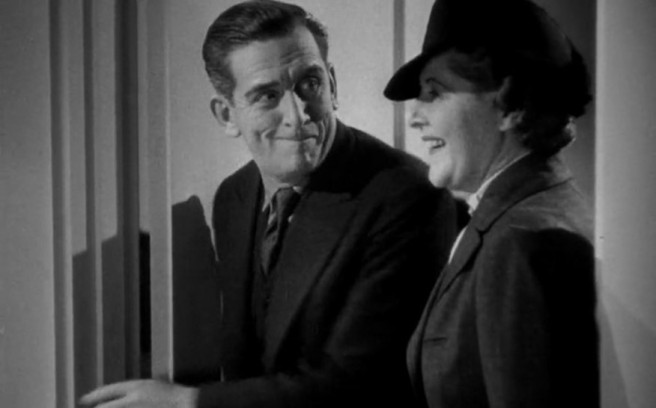 But Holiday shows its stage origins. It takes place almost entirely in a single house, admittedly a huge one. The screenplay depends very heavily on dialog, sometimes to the point of short monologs. But Cukor found ways to keep things cinematic. For instance, Grant gives his speech about growing up poor while riding a child’s tricycle.

The last time I saw Holiday, it was off an archival, sepia-toned, nitrate print. That was a hard act to follow.

Criterion’s 4K restoration, reduced to 1080p for Blu-ray, is bright and sharp. But it has an annoying flaw. Occasional scenes, especially early on, had a lot of something that wasn’t quite film grain, but wasn’t a digital artifact I’d seen before. It made textures look like swarms of gnats. But for the most part, it was fine but not exceptional. 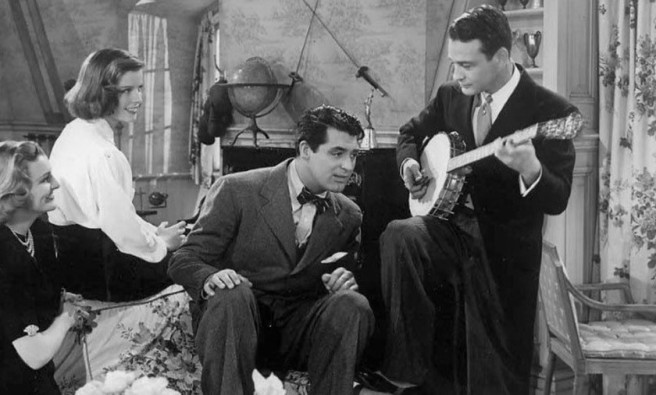 Criterion presents Holiday’s original soundtrack on an uncompressed, mono, LPCM track. It’s probably the best the movie has ever sounded.