Talk about the musical stars aligning perfectly. The Band decides to break up. Bill Graham produces their farewell concert–a Thanksgiving extravaganza filled with some of the greatest names in rock and roll. Then Martin Scorsese, fresh from Taxi Driver, brings together some of Hollywood’s brightest to record the event.

The Last Waltz captures one of the great nights in modern music history, puts it into a historical context, and stays focused on the musicians. Keeping the 35mm cameras (one of the first for a concert film) on tripods and using very long lenses, Scorsese and his team shows us the sweat, the comradery, and the joy of performing onstage with people you know are the best.

For the excitement in the music, the joy in performance, the interview sequences that fill in the story, and the brilliant filmmaking, The Last Waltz makes my A+ list. To qualify, a film must be a masterpiece, at least 20 years old, and one that I personally have loved for decades. 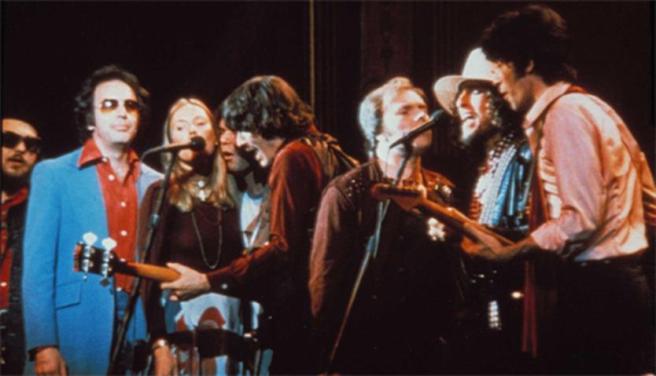 The Band had an unusual history. Before they became The Band, and then became famous, they backed up other singers–specifically Ronnie Hawkins and Bob Dylan. They went big in the late 1960s. Then, in 1976, they decided to quit.

Impresario Bill Graham turned their final concert into a very special event. Staged at Winterland on Thanksgiving and titled The Last Waltz, it included turkey dinner for the audience, an orchestra playing waltzes, and–of course–rock and roll. Guest stars that came onstage to perform with The Band included Neil Young, Joanie Mitchell, Muddy Waters, Eric Clapton, Neil Diamond (who looks like he’s performing in Vegas), and, of course, Ronnie Hawkins and Bob Dylan.

But enough about the concert. Let’s talk about the movie. 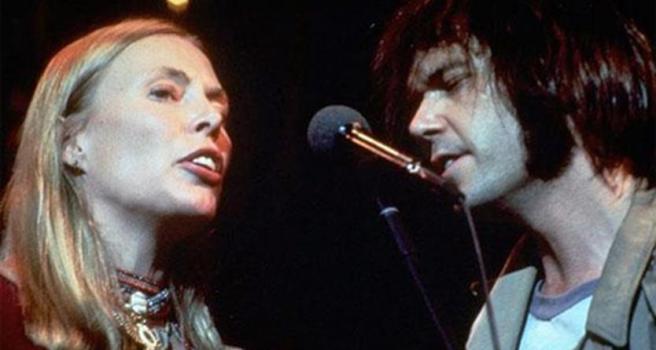 Martin Scorsese came to the project with the eye of a narrative filmmaker. He shot the film in 35mm rather than the documentary standard 16mm. He brought in cinematographer Michael Chapman (Taxi Driver, Raging Bull) and production designer Boris Leven (West Side Story, The Sound of Music); these were movie people, not music people or documentarians.

They created a visual style that put emphasis on the musicians as people. We see the performers almost entirely in close-ups–often with two or three big heads in one tight frame. You see them reacting to each other, smiling at a well-played riff, and waiting for a cue. There’s a moment when Robbie Robertson and Rick Danko (two members of The Band) watch Dylan intently while continuing to play, waiting for the cord that will signal the transition to another song. 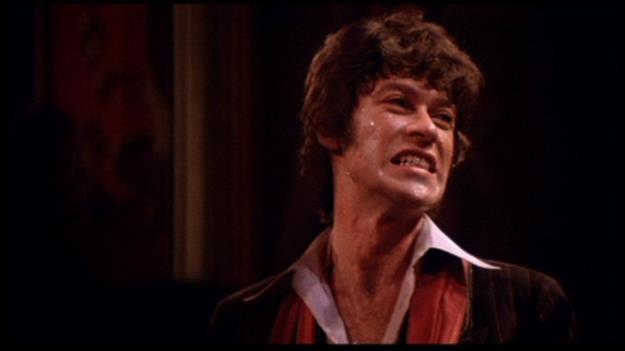 In between the concert footage, Scorsese interviews the members of The Band. They tell stories of life on the road, shoplifting, working with certain artists, and how they acquired the name The Band. Many of these sequences set up the next concert sequence. For instance, a discussion on women on the road leads to Joanie Mitchell’s incredible performance of Coyote.

Scorsese wasn’t entirely satisfied with the live footage. So after the concert, he brought The Band to an MGM soundstage to film and record three songs with considerably more control. The studio version of The Weight, with The Staple Singers joining in, is one of the film’s highlights.

The post-Last Waltz history of The Band and its members is not a happy one. An attempt to revive the group failed. Three fifths of its members are gone now. But we still have The Last Waltz to remind us what music can do for the soul.