After covering film festivals and reviewing Blu-rays of classics, I’m finally getting time to see a new film in theaters and to revisit two classics I hadn’t seen in years.

This hilariously cruel comedy thriller about the haves and the have nots is one of the best films I’ve seen this year. A young man in a desperately poor family fakes his education so he can tutor the daughter of a very rich couple. Soon his sister, father, and mother are working there as well, without their employers knowing they’re related. Filmmaker Bong Joon Ho (Snowpiercer, The Host) makes us laugh and cheer as these con artists wheedle themselves into this wealthy family. But in the second half, comedy turns slowly to horror. Rarely do you find a more entertaining critique of the class system. But which family is the parasite?

A- The Exterminating Angel (1962), Criterion Channel 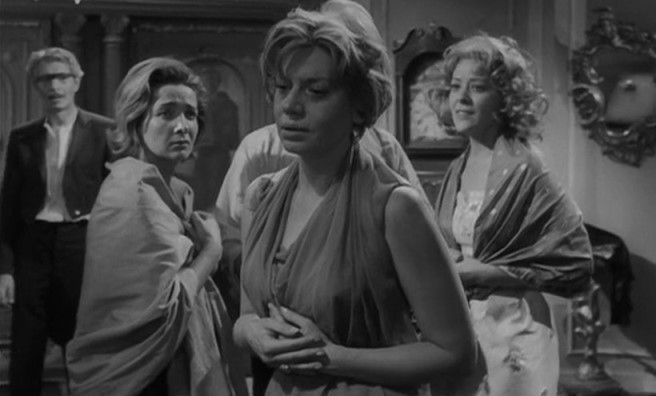 This much older classic feels a bit like Parasite above. It starts out making fun of the rich, and slowly turns violent and frightening.

An upper-class dinner party becomes a long and dangerous ordeal in Luis Buñuel’s kind-of-comic fable about the thin skin of civilization. Twenty odd aristocrats and one very loyal butler, all dressed up properly, discover that they simply can’t leave the room. They don’t know why, and neither do we, but they just can’t make that step. Soon they’re breaking walls to find water pipes, but they inevitably run out of food and patience. Slowly, the whole veneer of civilization disappears. 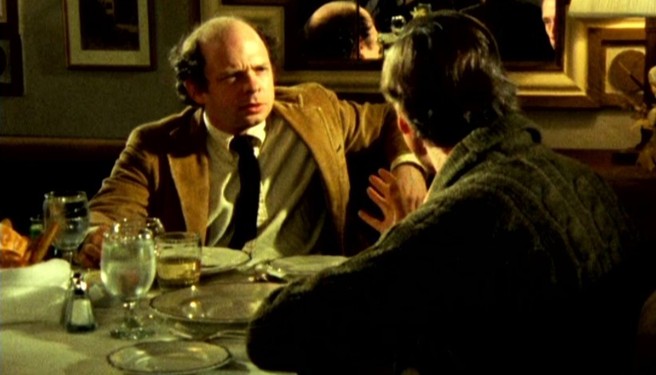 This indie hit from 1981 didn’t thrill me as much as it did back in the day. Two friends, real people playing fictional versions of themselves but using their own names, eat in a fancy restaurant while they talk about life. Andre Gregory comes off as the ultimate new age fanatic. Most of what he says is ridiculous and occasionally boring. And during the first half of the film, he does almost all the talking. But finally, Wallace Shawn comes alive to argue in favor of the simple pleasures of life. Louis Malle does a good job keeping the camera angles interesting.