Three years before he made The General, Buster Keaton mined the antebellum South for comic gold in this almost gentle comedy inspired by the Hatfield/McCoy feud. Our Hospitality places Buster in the home of a family sworn to kill him. What keeps him alive? The cordial Southern manners that forbid murdering a guest in your own home. But if he ever steps out of the house…

This is Kino Lorber’s second Our Hospitality Blu-ray release. The earlier, 2011 release suffered from scratches and soft, washed-out images. The excellent, new restoration, based mostly on a print loaned by MoMA and an negative  belonging to the Blackhawk Films, fixes most of these problems. [Note: I added more information to this paragraph hours after the article went live.]

Note: I was not able to get stills from the recent restoration. The images here do not give justice to the quality of the Blu-ray.

Keaton starts his second feature film slowly. It starts with a powerful, tragic prologue – not what you’d expect from a comedy. Then the story jumps 20 years, where we can enjoy a wistfully funny extended sequence involving a railroad journey from New York to the heart of Dixie. This is set in 1830, and trains are very, very new.

Keaton based the train on one of the earliest locomotive designs – probably exaggerated for comic effect. The whole sequence, which takes up a good amount of the movie’s runtime, feels loose and relaxed, with the comedy set against beautiful scenery. Keaton’s father, Joe Keaton, steals the sequence as the engineer. 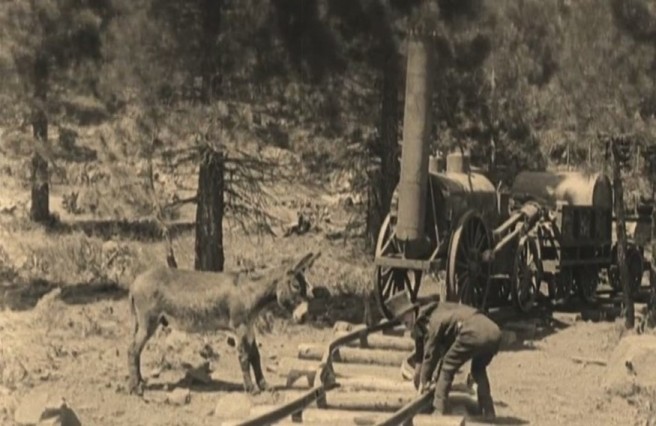 Keaton used his father in several films, but in no others did he get such a good part. But Our Hospitality was very much a family affair. His wife, Natalie Talmadge, plays his romantic interest; I was her first time acting with her husband and the last time she ever acted.) Their baby son plays Buster as a baby in the prologue.

When Buster finally arrives at his destination and the plot goes into motion, the movie is almost halfway over. Now he must struggle to stay alive. For a film built around a violent blood feud, Our Hospitality is a surprisingly gentle movie. The beautiful scenery, the gentile southern manners, and the romantic subplot contrast with the attempted murders.

It’s a relief to discover that Our Hospitality, set in the days of plantations and slavery, lacks the racist humor that troubles much of Keaton’s work. There is a black servant – a slave when you think about it – but Keaton never makes fun of him. 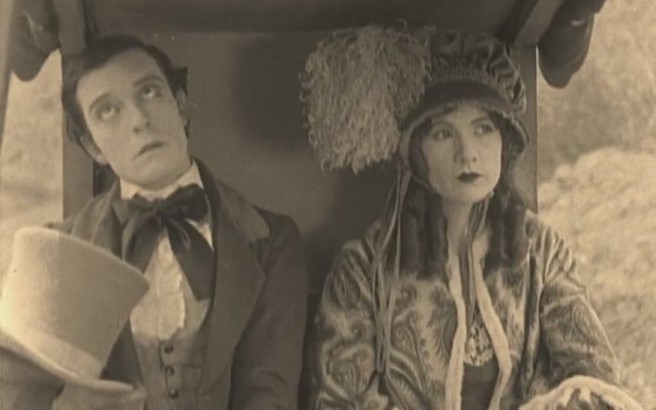 Keaton would return to a rural southern setting two more times, for The General and Steamboat Bill, Jr. It obviously worked for him, and nearly a century later, the movies still work very well.

Our Hospitality just may be the most beautiful comedy ever made. Cameramen Gordon Jennings and Elgin Lessley captured the lovely scenery, as well as the details in the rich and poor early 19th-century homes.

Serge Bromberg and his Lobster Films did a great job restoring Our Hospitality in 2K. The Blu-ray presents this excellent restoration in 1080p, pillarboxed to 1.33×1. It’s beautiful.

Comparing one scene between this release and the 2011 Blu-ray, I found sharper images, more details, and far less dust specks. Most of the black-and-white film is tinted sepia. One early scene in the prologue is tinted dark blue. The tinting was based on a nitrate print belonging to David Shepard.

I was disappointed to discover that Carl Davis’ score, which was on the 2011 release, is absent on the new disc. I couldn’t image in better score for this movie.

But to my pleasant surprise, Robert Israel’s new orchestrational score outdoes the earlier recording. It catches the period, the emotions, and the film’s gentle, violent, and comic emotions. It’s presented in two-track stereo DTS-HD Master Audio 2.0. 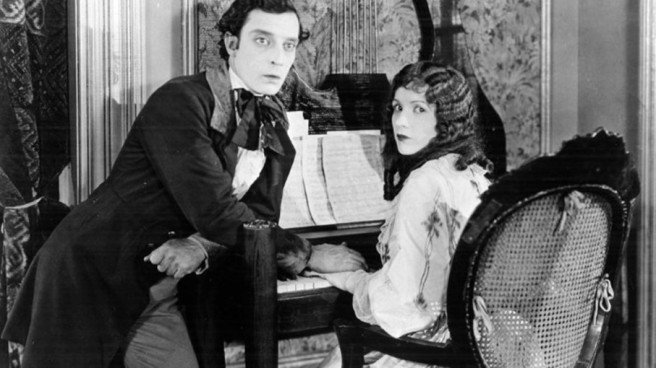 Still, I would have preferred the disc to have both scores. (The Mont Alto Motion Picture Orchestra also has an excellent score, which I’ve only heard live.)

This disc lacks three extras from the 2011 release: Making Comedy Beautiful, Hospitality, and a gallery of photos. If these, along with the Carl Davis score, had been on this disc, it would be perfect.

But it’s still very much worth buying.