I went to the movies quite a bit in 2018, and it was often a wonderful experience. I attended six (I think) Bay Area film festivals, numerous special presentations, and just plain really good movies.

In May, I flew to Rochester, New York for the Nitrate Picture Show. For four days of screenings and museum tours, I got to examine, handle, and watch highly-explosive prints made before I was born. It was an incredibly fun weekend.

Instead of listing best films, I pick my favorite moviegoing experiences. The movies can be new or old. The experience must happen in a movie theater with a paying audience. I consider the enthusiasm of that audience, the quality of the print or DCP, live extras such as filmmaker Q&A and musical accompaniment, and, of course, the quality of the movie.

I list 15 because I just can’t pick ten. Here are the experiences:

My stepfather worked on Melvin Van Peebles’ only studio movie, so the experience of seeing it again was especially entertaining. Watermelon Man is a very funny movie, and a very pointed one. A white, a middle-aged, middle-class bigot (Godfrey Cambridge in whiteface) wakes up to discover that he’s suddenly turned black. The print looked glorious. 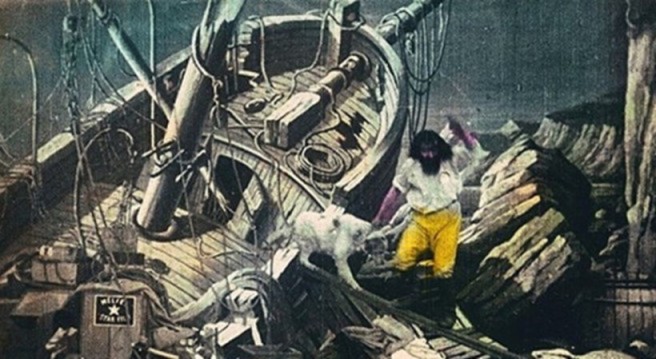 Serge Bromberg is not only an important film preservationist; he’s also a great showman – even in English, which is not his native language. This very fun program consisted almost entirely of early 3D films, with a focus on George Méliès’s accidentally stereoscopic movies. Just delightful. And, of course, Bromberg set a piece of nitrate film on fire.

Yes, it’s revolutionary. Here’s a huge-budget, very enjoyable superhero movie with an almost entirely black cast, set largely in a fictional African country with an army of strong, tech-savvy women warriors, and a villain with a serious point. But seeing it on the Grand Lake’s main auditorium was a real treat, with a huge screen, great sound, and a very enthusiastic audience.

A cop commits suicide, and the first person the new widow calls is a mob boss. The mob runs the unnamed city and the police do what they’re told – except for the one honest detective assigned to the case (Glenn Ford). I waited years to see Fritz Lang’s morally ambivalent noir. The digital restoration looked damn near perfect. 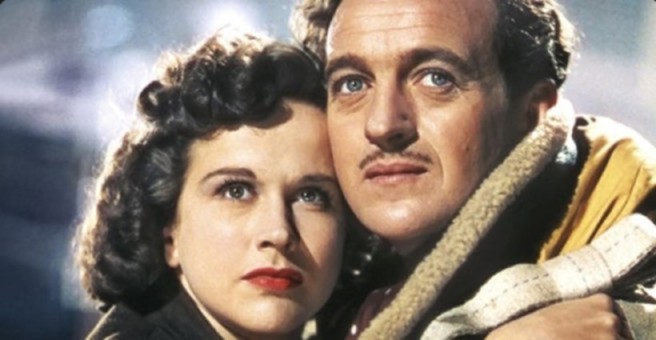 A Michael Powell/Emeric Pressburger double bill. In Matter of Life and Death, a British bomber pilot (David Niven) who should have died survives, creating a serious problem for heaven’s bureaucrats. But the pilot is newly in love and refuses to enter the afterlife. The great cinematographer Jack Cardiff mixed color and black and white in ways that seem impossible with 1940s technologies. I’ve seen the other film, The Red Shoes, many times, and it just keeps getting better. Although both films were digitally restored, only Matter was on DCP; Shoes was in 35mm. Some four months later, I saw an original, Technicolor nitrate print of The Red Shoes at the Nitrate Picture Show.

I’m not one of those cinephiles who gets excited at every screening of a 35mm print. But when it’s a vintage Technicolor IB print…well, that’s exciting. And it was the print, more than the movie, that drew me to see this 1955 romantic drama starring Jane Wyman and Rock Hudson. The movie was pretty good too, and historically fascinating with its story of people trying to break out of ’50s conformity. You can read my full article on the film and Technicolor’s technology.

Buster Keaton gives one of his most complex and subtle acting performances, while still being extremely funny. He plays a spoiled rich kid who pretends to be a professional boxer to impress his girl, and matures in the process. The spectacular stunts we expect from Keaton are smaller and more intimate here, but they’re still impressive and very funny. The Mont Alto Motion Picture Orchestra provided a wonderful musical accompaniment. 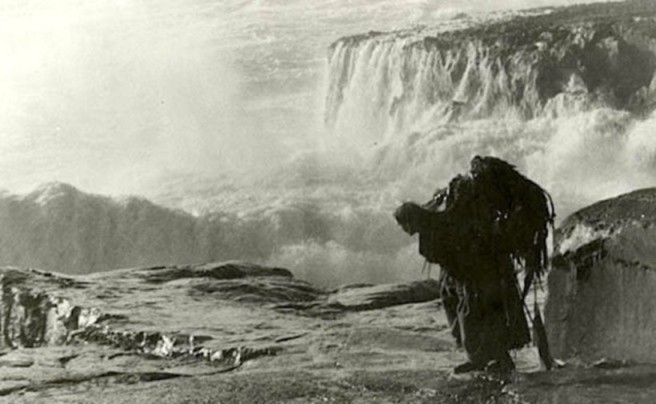 This year’s Nitrate Picture Show closed with Robert Flaherty’s 1934 Man of Aran. Like most of Flaherty’s films, it’s not quite a documentary but a largely staged and filmed record of a remote peoples’ lives – in this case, the people living on a small, challenging island off the coast of Ireland. The print was damn near perfect. With the picture’s darkening clouds and roiling seas, the beauty of silver-heavy nitrate film stock created a harsh beauty like no other.

The screamingly funny, beautiful, and all-around loveable Beatrice Lillie should have become a major film star; the camera just loves her. Thanks to her abilities, this backstage comedy makes you laugh from beginning to end. With Franklin Panghorn at his gayest. Wayne Barker did a wonderful job on piano; he even kept us entertained when the screen went blank and the projectionist had to fix something.

6: Mel Novikoff Award: Annette Insdorf & To Be or Not To Be, SFFILM, SFMOMA, 35mm print

Columbia University film professor Annette Insdorf discussed cinema, her life, and her expertise on Holocaust films, answering questions from Anita Monga and then the audience. Then they screened an unfortunately poor 35mm print of Ernst Lubitsch’s 1942, dark, brilliant, anti-Nazi comedy, To Be or Not to Be (you can read my Blu-ray review). Nevertheless, the audience enjoyed it immensely.

I had already seen and loved BlacKkKlansman, but this was something special. In this Tribute to Spike Lee, we got to watch David Thomson interview Lee before we saw the movie. Lee, sporting bright red socks, discussed the problems of making a movie, how he got into this project, Hollywood’s treatment of native Americans, and why he stopped acting. The movie, if you haven’t seen it, is a very effective comedy-laced thriller set in the 1970s, where two cops (John David Washington and Adam Driver) investigate the local KKK chapter. 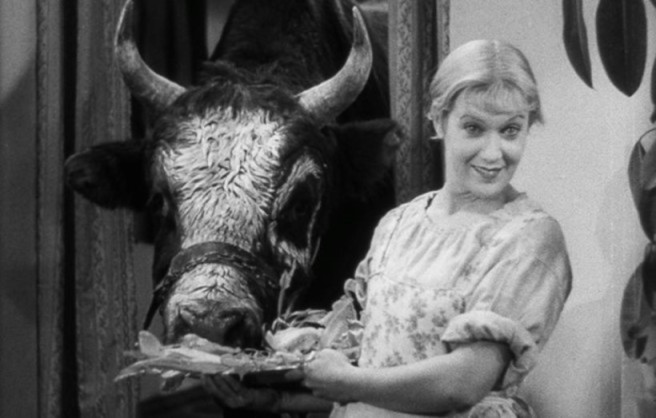 People suffered in Stalinist Russia, but this 1934 slapstick musical comedy must have lightened their load. A shepherd gets mistaken twice for a great musician, resulting in animals trampling through a large villa, and the shepherd making perfectly normal body motions while a large orchestra tries to follow his “conducting.” And when filmmaker Grigoriy Aleksandrov runs out of live-action antics, he throws in animation. But it runs out of steam in the final third.

Yes, three separate screenings of the same film, months apart, tie for my my best moviegoing experience of 2018.
Castro, 70mm: In May, I saw Christopher Nolan’s “unrestored” version projected on the very large (but not huge) screen at the Castro. I had lost my love of this film over the decades, but with this presentation, I fell in love with it all over again.
Metreon IMAX Theatre, 70mm:
2001 was designed to be shown on a giant, curved screen – something the Castro cannot provide. The huge, slightly-curved screen of the Metreon’s IMAX theater provided something closer to the original experience. Again, it was Nolan’s version, this time on an even bigger 70mm IMAX frame.
Castro, 4K DCP: This time, the Castro screened Leon Vitali’s new digital restoration. The colors were better, and there were no scratches or vibrations. You can still see the 4K version at the Castro today at 4:30. The 8:00 screening will be 70mm.