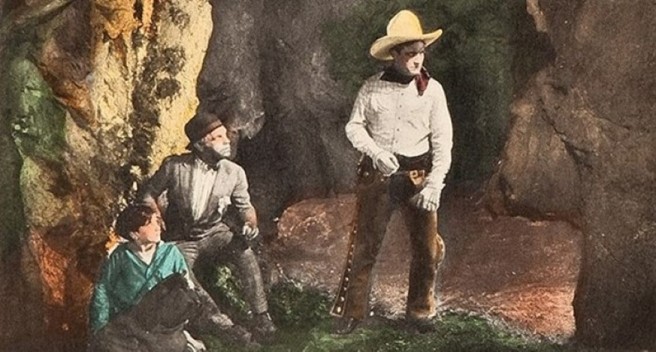 After nearly 50 years as a silent film fan, I finally got around to seeing a Tom Mix western. I liked it – for what it is. The story involves a map to a gold mine, good guys, bad guys, and a young boy who should rightfully inherent the wealth. Of course there’s a spunky young woman who seems like she can take care of herself until the movie needs a damsel in distress. There’s a rodeo sequence that appears to be set when the film was made (1926), even if everything else is in the 1870s. The big climax feels like Indiana Jones.

The 35mm tinted print was a bit scratchy, and the intertitles were in Czech (that sort of thing happens with silent films). Instead of digital subtitles, someone read an English translation.

Before the film, pianist Donald Sosin led the audience in a sing-a-long he wrote for the occasion. Sosin and Frank Bockius added to the enjoyment with their music. 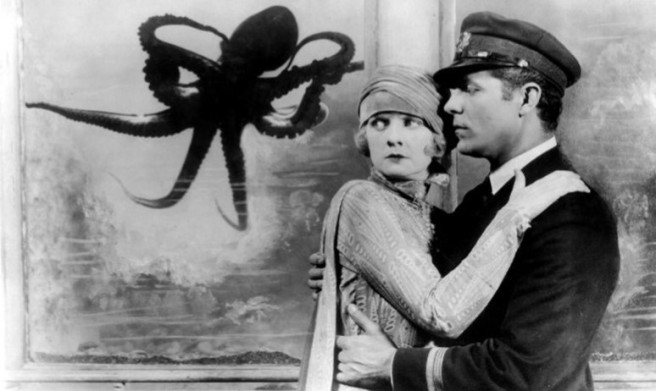 Film historian Kevin Brownlow turned 80 on Saturday, and he celebrated the birthday by introducing the film of his choice.

Rex Ingram’s Mare Nostrum has its slow moments, but for the most part, it’s amazing. Like Ingram’s earlier Four Horsemen of The Apocalypse, it’s a World War I epic, focusing on a protagonist from a neutral country. Based loosely on the story of Marta Hari, it centers on a Spanish ship captain who is seduced by a beautiful German spy. It all comes to tragedy. The film is visually beautiful and emotionally intense.

So was the music by Stephen Horne and Frank Bockius. 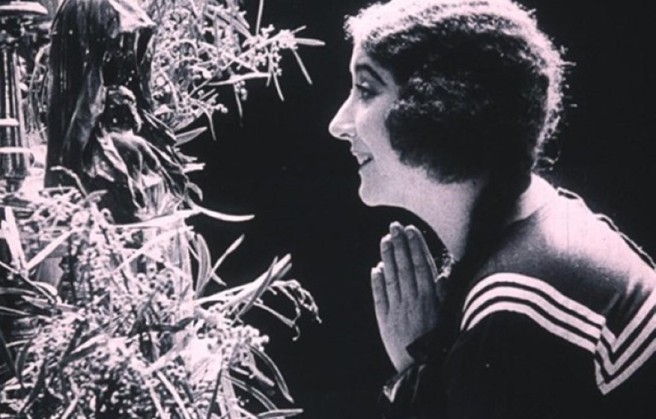 This Italian comedy about a mischievous young woman, first in a Catholic school, and later on a film set, just wasn’t funny. Leda Gys was a major star in Italy, but I found her performance grating.

I give Trappola a D.

The tinted 35mm print looked good. It had the original Italian intertitles; an English translation was read allowed.

The Mont Alto Motion Picture Orchestra made the movie a little easier to watch.

On the other hand, the feature was preceded by some newly-discovered, fascinating footage of San Francisco just after the 1906 disaster, provided by the Niles Essanay Silent Film Museum.

The Hound of the Baskervilles

Otherwise, it’s a well-made, atmospheric version of Arthur Conan Doyle’s best Holmes story, following very close to the novel. The second reel is missing, and this new restoration replaces it with new intertitles narrating what we’re not seeing.

I give this film a B.

The 35mm print, made from a digital restoration, has English titles instead of the original German. It looked fine.

I skipped Saturday’s final film, The Saga of Gösta Berling. A 200-minute epic, with a half-hour intermission, was more than I could manage for a movie starting at 7:00. 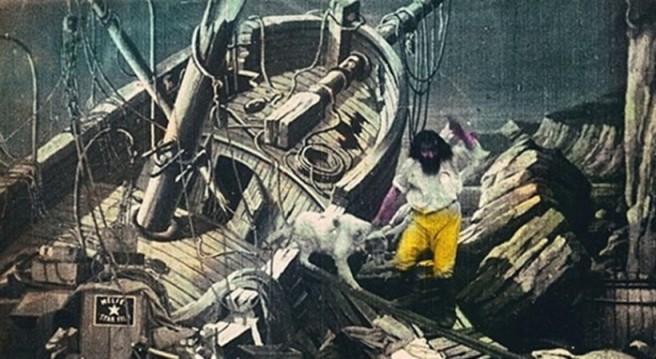 Serge Bromberg is not only a great film preservationist; he’s also a great showman. This very fun program consisted entirely of early 3D, with a focus on George Méliès’s accidentally stereoscopic movies.

Okay, an explanation: For business reasons, Méliès needed two negatives, so he built a camera with two lenses and two rolls of film. A small number of his movies survive in both versions, and these can be converted to digital 3D.

The show’s highpoints were two newly restored Méliès’s films, Robinson Crusoe (not in 3D), and The Merry Frolics of Satan, where the 3D occasionally looked intentional. Méliès intended his films to be played with live narration, and Bromberg did very loose and very funny adaptations of Méliès’s scripts. He also set a piece of nitrate film on fire.

Bromberg also showed us some early, intentional 3D films that were not made by Méliès.

A Throw of Dice 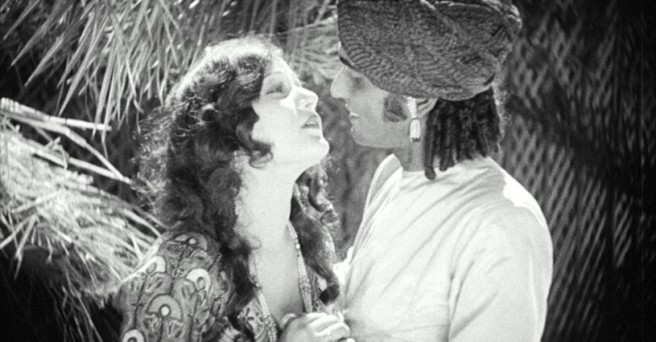 This Indian epic deals with fighting kingdoms and loaded dice. It’s occasionally spectacular on a pure visual sense, but not in any unique way. I had trouble following the story, perhaps because it’s the final chapter in a trilogy. Otherwise, I found it reasonably entertaining.

The music by Guenter Buchwald and Frank Bockius didn’t attempt to sound Indian, which is probably a good thing. But it did manage to create an exotic feel. 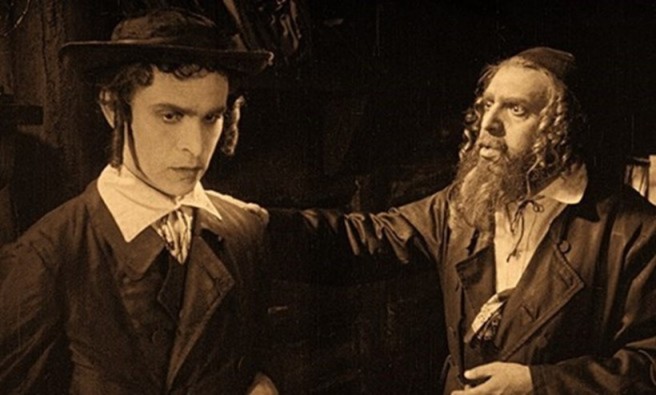 This film from director E.A. Dupont brought tears to my eyes. The story is basically The Jazz Singer, but this one was made first (1923), is set in 1860s Europe, and the protagonist wants to act, not sing. But it’s a stronger story, in part because a European shtetl was more isolated than a New York neighborhood. Also, Henny Porten is a better actor than Al Jolson. And this time, the strict rabbi father (Avrom Morewski) must confront the humanism of Shakespeare. Just beautiful.

One problem: A subtitled intertitle confuses Passover and Easter. I don’t know if the problem is with the original German or the English translation.

Fragment of an Empire 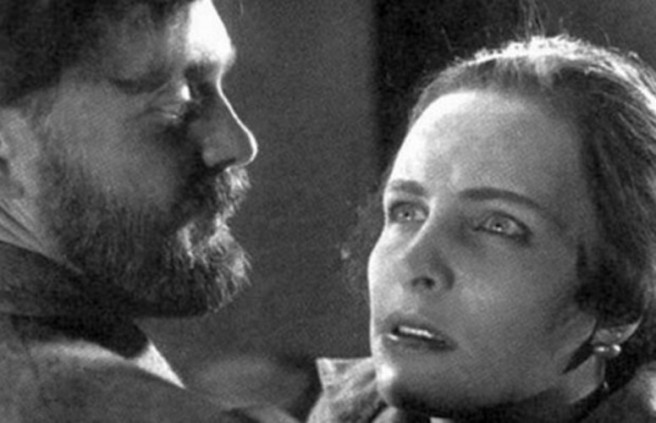 This incredible Soviet film from 1929 starts with the horrors of World War I, with bodies so piled up that the living wounded just might go unnoticed. In one amazing scene, a wounded soldier sucks sustenance from a dog nursing her pups. The story soon focuses on a shell-shocked soldier with amnesia (Fiodor Nikitin). When his memory comes back, the film becomes a Rip Van Wrinkle story, as the confused veteran looks for his wife and adjusts to the Communist “workers’ paradise.” Great photography, and a wonderful lead performance by Nikitin. Of course, it’s Communist propaganda, but it’s still a powerful film. 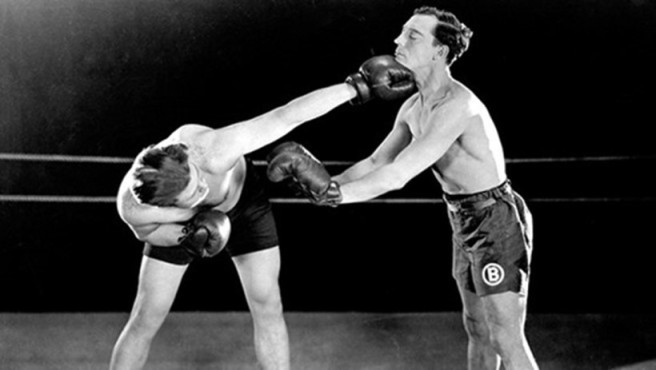 Buster Keaton plays a spoiled rich kid who pretends to be a professional boxer to impress his girlfriend. His character has a subtle and believable arc that doesn’t get in the way of the ample laughs. The spectacular stunts we expect from Keaton are smaller and more intimate here, but they’re still impressive and very funny. The ending is unlike anything else you’ve ever seen in a slapstick comedy.