Tuesday evening, my wife and I attended a special Tribute to Spike Lee at the Castro. First, David Thomson interviewed Lee on the Castro stage. Then, after an intermission, they screened Lee’s latest film, BlacKkKlansman.

As so often happens at these big events, a huge chunk of the house was reserved. If you’re not some form of VIP, your seat choices are: extremely close, far back, off to the sides, or high in the balcony. Luckily for me, I’m happy extremely close, but others were not so pleased. 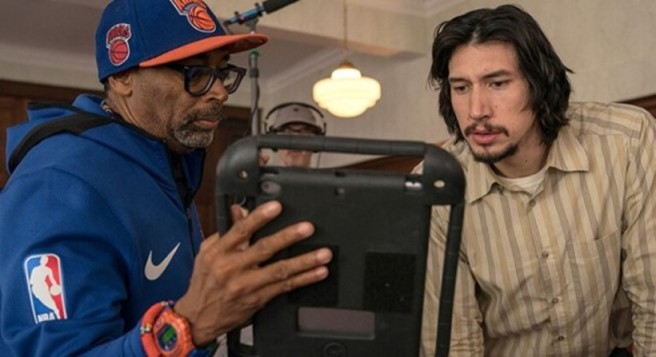 Some highlights from the interview, edited for clarity and brevity (but not censored for language). Photos by Madeline Prager.

There was no Q&A with the audience. After the talk and an intermission, we watched BlacKkKlansman – the second time for me. 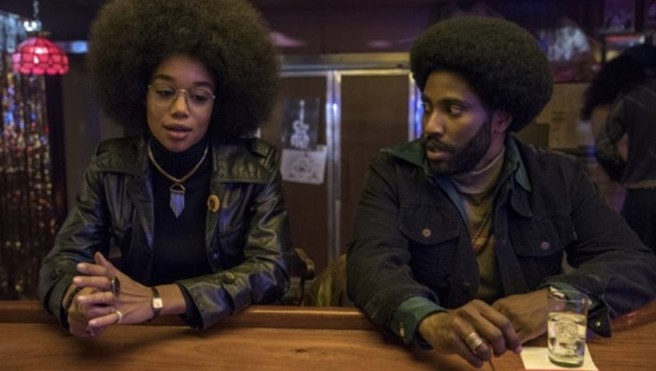 This might be the most conventional Spike Lee Joint made; with only a few of his signature touches. But the mostly normal approach was the right one for this very effective comedy-laced thriller. In the 1970s, two cops, one black, one Jewish (John David Washington and Adam Driver) investigate the local KKK chapter. On one level, this is a very entertaining movie – suspenseful, funny, and comically nostalgic at the music, clothes, and especially the hair of the time. But it’s also a serious study about the vicious racism and antisemitism in our country, and the different ways blacks and Jews deal with it. Clips from Gone with the Wind, The Birth of a Nation, and last year’s Charlottesville riots provide context.

If you’ve already seen the movie, you might want to read my Truth vs. Art article.

One thought on “Spike Lee and BlacKkKlansman at the Castro”