Short films can make you laugh, inspire you with beautiful visuals, and even break your heart. And if one of them turns out to be a stinker – well, it will be over soon.

Starting Friday, the Roxie will run a program containing seven shorts that wowed audiences and judges at this year’s Sundance Film Festival. Three of them officially received awards. I didn’t care for all of them, but the best are easily worth catching. 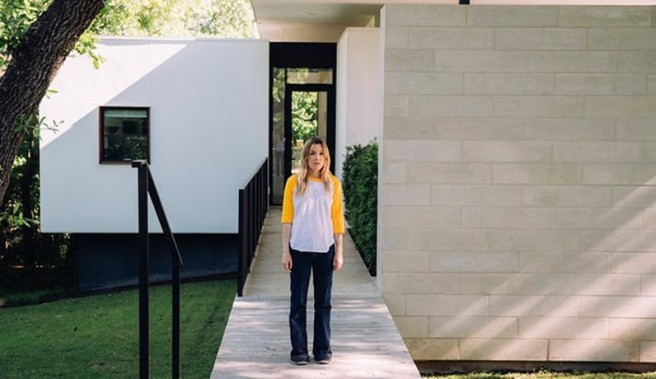 This moderately entertaining comedy satirizes hip parenthood, with a young woman in a new babysitting job. As she walks around the neighborhood, pushing a stroller, she pretends to be the mother and makes up names for herself and the child. The ending doesn’t make any sense,

I’m not sure if this is a documentary or a mockumentary—I suspect the later. A young man moves in with his parents for reasons unexplained. He seems to be a disaster when it comes with machines, but his father has similar problems. It sounds like a comedy but isn’t that funny. A scene with someone else’s new-born baby seems to have no function in the film. 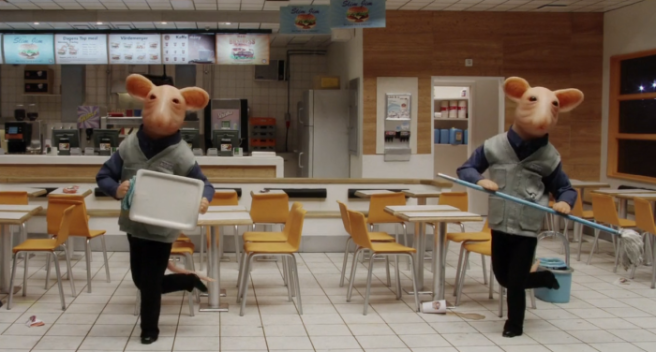 Animals sing and dance in this delightful work of puppet animation from Sweden. The visuals were so compelling I rarely looked down at the subtitles, which I think had to do with easing a, well, burden. I especially liked the tapdancing janitor mice, but I loved it all.

Every collection of shorts should have a broad farce, and this is a good one – a horror parody set in an African-American hair salon. The entrance of a monster – a strange white girl obsessed with selfies – terrifies the employees and customers. Very funny, with over-the-top performances.

I don’t understand what this very short animated cartoon was about—aside from fathers and sons. Maybe it was also about the cosmos. Anyway, the visuals are worth it for their own beauty.

Two boys – at an age where youthful bravado overwhelms common sense – go into places where they shouldn’t go. They think of themselves as immortal, but of course they’re not. A deeply shattering little film that left me shaken. 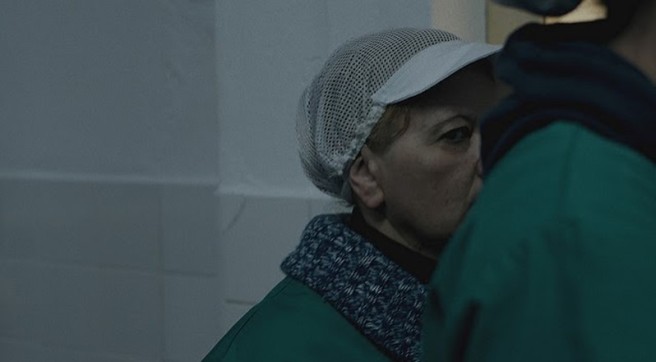 An outstanding look at one day in the life of someone whose every day is a difficult slog. In the morning, she bicycles to her job at a cannery. She faints in the locker room, but instead of going to the hospital, she gets up and goes on with her work. Her extremely abusive boss, whom we hear but never see, yells and curses at employees with a voice that sends chills down your spine. In her lunch break, she bicycles home to serve lunch to a man she clearly despises (her husband?) and so on. A look at a life of pure drudgery.