The people running The Nitrate Picture Show, the film festival in Rochester, NY I attended last weekend, reminded us several times that this wasn’t just canned entertainment. The act of projecting decades-old nitrate film is a form of live performance. Before each feature, we were asked to turn around and applaud the two expert projectionists and one intern in the booth. They got their applause, and they deserved it. Their job was difficult and dangerous.

The Picture Show is very much about the physicality of film. In a sense, that made me an odd man out. I’m enthusiastic about projecting classic cinema digitally. But that doesn’t mean I don’t revere classic prints. Given a choice, I’d pick a print from the film’s original release – assuming it’s in reasonably good condition. But those are rare. I’d take a good DCP over a new print three generations from the camera negative, or even from a digital restoration.

Cry of the City 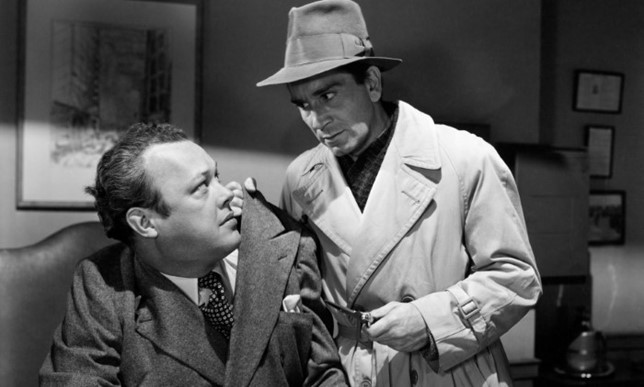 In the late 1940s, Robert Siodmak directed several high-quality film noirs. In this one, a cop and a criminal – childhood friends from the tough side of town – face off as the detective tries to find out what the gangster is up to. Richard Conte plays the crook as a charismatic tough guy always looking for himself. Victor Mature, as the police detective, does a surprisingly good performance (he’s often considered talentless) as a smart, determined, but overall decent man. The film has some small but interesting women’s parts, including a couple of nurses in the early hospital scenes. Richard Murphy wrote the screenplay from a novel by Henry Edward Helseth.

The print was very good. 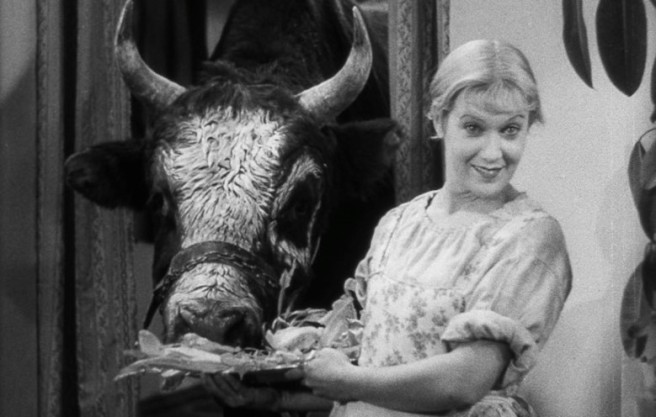 People suffered in Stalinist Russia, but this 1934 slapstick musical comedy – which starts by proudly proclaiming that “Charlie Chaplin, Harold Lloyd, and Buster Keaton don’t appear in this film” – helped them lighten their load. The story: A shepherd, who’s more like a pied piper, gets mistaken twice for a great musician. In that simple setup you’ve got animals trampling through a large villa, and the shepherd making perfectly normal body motions while a large orchestra think he’s conducting. And when filmmaker Grigoriy Aleksandrov runs out of live-action antics, he throws in animation. But it runs out of steam in the final third.

You’ll probably never get a chance to see this movie, and if you do, you may not know it. Moscow Laughs is only one of its English-language titles. The others I know of are Jolly Fellows, Happy-Go-Lucky Guys, and Jazz Comedy. Whatever you call it, I’m giving it an A-.

This print was made in 1958, when Aleksandrov restored his own film. That’s amazingly late for nitrate (Kodak stopped making the stock in 1951). I can’t help wondering if he spliced together the best parts of multiple old prints to make this one. That would explain a nitrate film “made” in 1958. It looked okay, but not acceptable.

Once again, the subtitles were projected digitally. This time, they was flawless. 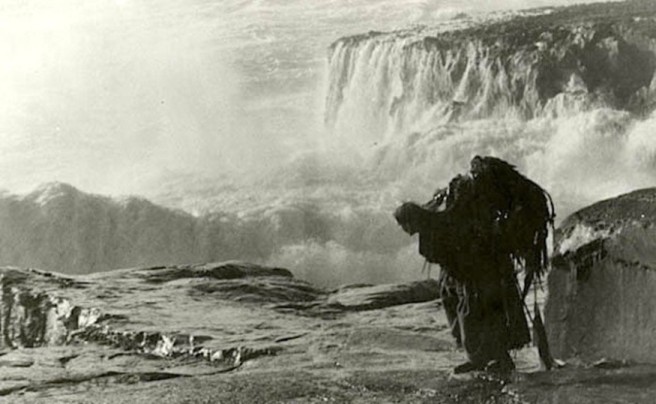 The festival closed with their traditional Blind Date with Nitrate, where you don’t know what the movie is until the title flashes on the screen. This year, it was Robert Flaherty’s 1934 Man of Aran. Like most of Flaherty’s films, it’s not quite a documentary but a largely staged and filmed record of a remote peoples’ lives – in this case, the people living on a small, challenging island off the coast of Ireland. Staged or not (the little dialog is obviously recorded later), it’s a visually striking record of a difficult and dangerous way of life, brilliantly edited, with a great musical score by John Greenwood. I give it an A.

The print was damn near perfect. But more than that, with the picture’s darkening clouds and roiling seas, the beauty of film stock stood out better than in any other movie in the festival. Some shots looked like the were etched in silver.

Overall, I loved this festival. I hope to go again. My only complaint: I wish they had shown more silent films. Perhaps fewer of them are in projectable condition.