We’ve got old movies: Dial M for Murder, The Leopard, Cabaret, and a series of very early films directed by women. We’ve got recent movies: The Hate U Give, The Happy Prince, and The Martian. We’ve got movies for Deadheads and the living dead. And we have seven – that’s right – seven film festivals. You don’t have to leave the Bay Area to see a good movie this week.

A- The Hate U Give, Grand Lake, opened yesterday

A teenage girl navigating both black and white worlds finds herself at the center of a controversy in this powerful, endearing, frightening, but also Hollywoodish film. Starr (Amandla Stenberg in an excellent performance) lives in a tough, crime-ridden inner-city neighborhood, but she goes to a predominately white private school. Her life goes upside-down when she witnesses the police murder of a friend. The Hate U Give deals with many aspects of the African-American experience, including black-on-black crime, drug dealing, poverty, and living in two different worlds. Read my full review.

Many assume that if a movie focuses on very unhappy people wallowing in their many past mistakes, it must be a great film. This is especially true if the photography is conventionally beautiful, the cast British, and the main character an actual historical figure. But this drama about Oscar Wilde’s last years soon becomes both tiring and dull. Star and director Rupert Everett manages to create moments of exceptional beauty, but they’re rare. Read my full review.

I rarely read fiction anymore, but this PBS documentary on the important fantasy novelist brought me back to the days when I devoured sci-fi. Using extensive interviews with Le Guin, her family, friends, and admirers, filmmaker Arwen Curry tells and shows us how she changed a very macho genre into a female-friendly and an intellectual one. Curry keeps the film visually interesting despite the many talking heads. The film will be followed by a discussion with Curry and novelist Michael Chabon.

I remember being very impressed with the dystopian science fiction film Gattaca some 20 years ago. It was much more thoughtful and intelligent than I expected. But that’s about all I remember. In addition to the film, Wired editor-in-chief Katrina Heron will interview Edward Snowden – over the Internet, of course.

Woman directors like Alice Guy-Blache and Lois Weber played major roles in the creation of cinema. This week, the Roxie will screen two programs of early shorts made by women. 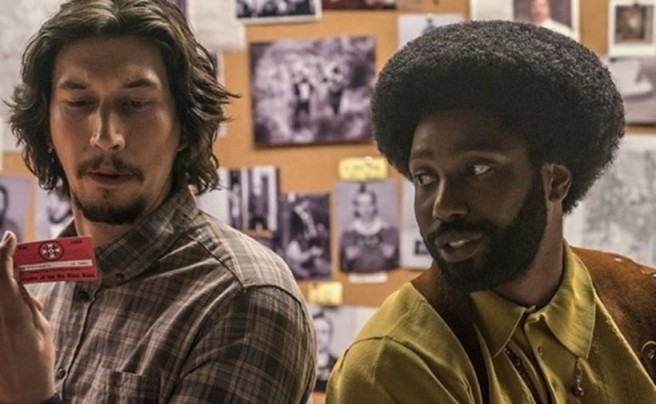 Now is your chance to compare Spike Lee’s current hit with actual history…without reading the book. Ron Stallworth, the former Colorado Springs Police Detective that John David Washington played in the movie, will be on hand after a screening of the movie for a discussion with poet/artist Michael Warr. You can bone up for this event by reading my capsule review, my Truth vs. Art comparison, and my report on Spike Lee’s discussion at the Castro. 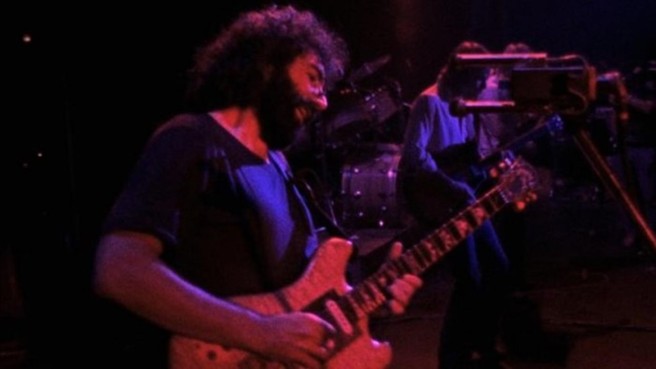 It’s been at least 30 years since I’ve seen the only feature film co-directed by Jerry Garcia, but I remember it fondly (to be honest, I was in an altered state at the time). It starts with some very psychedelic animation, then splits most of its runtime between the band onstage and the adoring and colorful audience.

A- Raiders of the Lost Ark & A+ Indiana Jones and the Last Crusade, Castro, Sunday

This is actually a triple bill, but since I hate Indiana Jones and the Temple of Doom, I’m not recommending it.
Raiders of the Lost Ark: The original Indiana Jones movie is, in most people’s eyes, the best – even if I disagree. But it’s still a wonderful (if somewhat racist) roller coaster of a movie, giving you one thrill or joke after another. Read my thoughts on the film.
Indiana Jones and the Last Crusade: By adding more humor, less racism, a smidgen of character development, and a wonderful Sean Connery as the hero’s bookworm father, Crusade outdoes even the original Raiders of the Lost Ark. Read my A+ appreciation.

I’ve wanted to see this double bill for ages. Not only because both films are very fine noirs, but their titles go so well together. Unfortunately, I have other plans for that day.
Dial M for Murder: Hitchcock couldn’t quite get over the stage-bound script, but it’s still a fine work from The Master. One man blackmails another into committing murder, with results that I can’t possibly discuss. In his only 3D movie, Hitchcock knew exactly what to throw at the audience and when to throw it. Read my re-evaluation. Presented in 3D!
Sorry, Wrong Number: An invalid (Barbara Stanwyck), heavily dependent on her phone, accidentally hears some men on a party line plotting a murder, and there’s very little she can do to stop it. Things are going to turn ugly. Co-starring a shockingly young Burt Lancaster as her untrustworthy husband. 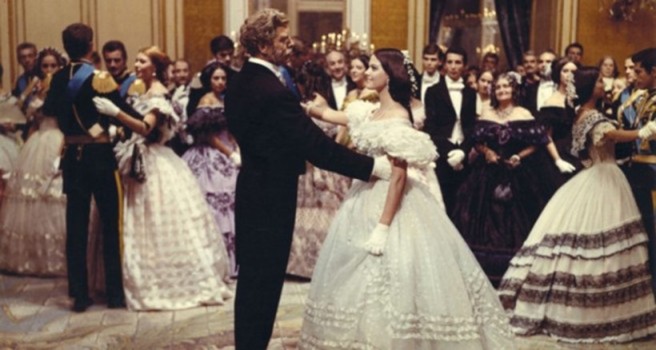 For a three-hour film where almost nothing happens, Luchino Visconti’s 1963 epic is remarkably spell-binding. The sumptuous Technirama photography helps. Aristocrats led by patriarch Burt Lancaster (with his dialog dubbed into Italian) live through a revolution that rocks Italy’s government, but leaves their lives hardly changed. Visconti shows considerable nostalgia for the days of fancy balls and peasants who knew their place, but also understands why this society had to die. Graceful in design, it shows great sympathy for its flawed characters. Read my longer report. Part of two series, Luchino Visconti: Cinema of Struggle and Splendor and Mark Morris Presents: In the Age of Pepperland.

Back in the spring of 1973, I was angry (but not surprised) when the obviously commercial Godfather beat Bob Fosse’s Weimar-era musical for the Best Picture Oscar. Time proved me wrong, and while I wouldn’t today put Cabaret in the same class as The Godfather, this story of decadence in pre-Nazi Germany is still a dazzling piece of style with an important message about the loss of freedom. On a double bill with Bergman’s The Serpent’s Egg.

Matt Damon plays an astronaut left behind, assumed dead, when his companions are forced to abandon a Mars mission and get back to Earth. He must find ways to survive, while NASA, after discovering their mistake, try a seemingly impossible rescue. Suspenseful and entertaining, and one of the most accurate science fiction films ever. But one thing bugs me: The scenes on Earth look like 2015, as if there were no changes in consumer technology or fashion in decades. Read my longer report. After the movie, Kishore Hari will interview Andy Weir, the author of the original novel.

Jacques Demy’s follow-up to The Umbrellas of Cherbourg doesn’t match his first musical. It’s lighter, following various stories about people not quite recognizing their true loves…until the movie provides multiple happy endings. The dancing is much more elaborate, but it’s derivative of West Side Story and An American in Paris. It even has George Chakiris and Gene Kelly in supporting roles. There’s also an off-screen murder subplot that just feels pointless. Screened outdoors and free, this is the last movie in the series Sunday Summer Cinema: Dancing in the Streets.