Few artists caught the sorrows and sympathies of the human condition like India’s Satyajit Ray. Come October, you’ll get a chance to see 15 of his feature films, along with 11 others that either inspired Ray or were inspired by him, at SFMOMA‘s Phyllis Wattis Theater.

SFFILM and SFMOMA presents Modern Cinema/Satyajit Ray: Intimate Universes on three Friday-through-Sunday weekends (and one Thursday) from October 4 through 21.

You can catch Ray’s masterpiece, The Apu Trilogy, either split between two nights or in one daytime marathon. Comprising of three of Ray’s first four films, the trilogy follows poverty-born Apu from birth through young adulthood. These films lack a conventional plot, but they brim with drama, laughter, joy, suspense, and heart-breaking tragedy. In other words, they’re about life in all its complexity. You can read my longer essay. 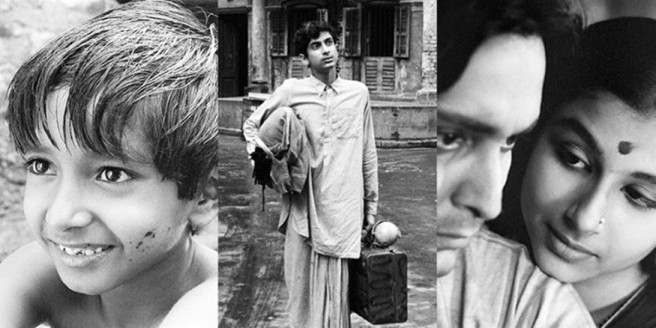 The marathon screening starts on Friday, October 12, at 11:00am. If you prefer a less intensive experience, you can watch the three films over the festival’s first two nights.

My opinions on the three films separately: 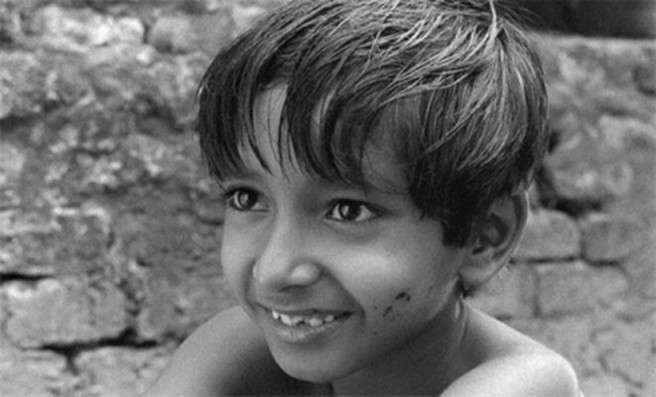 Opening night! In the first chapter of the trilogy, we meet the central character as a curious and mischievous child. Upbeat in nature, Apu delights in the world around him despite his family’s desperate poverty. He and his older sister play and fight and avoid their responsibilities while their father dreams and their mother worries. There’s a great deal of joy in this film, but also a greater deal of tragedy. 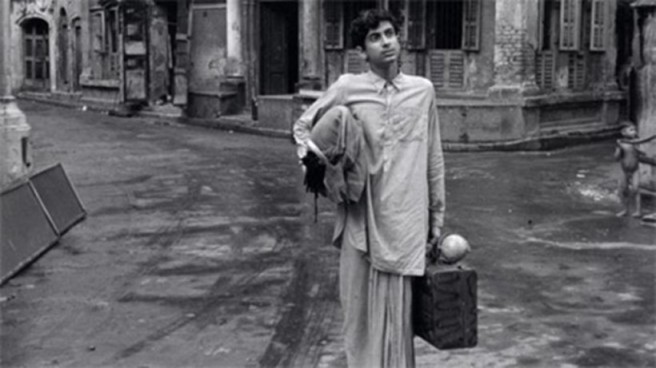 In the second chapter, the title character grows from late childhood into late adolescence, and his view of India and the world widens considerably. In many ways, it’s a more optimistic film than its predecessor; this kid just might go places. But there’s a heavy price to pay for advancement out of his class. The weakest film of the three, but still excellent. 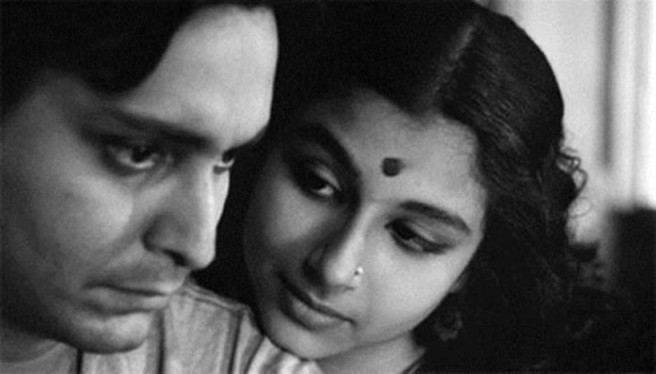 In the final chapter, the adult Apu leaves college, but seems reluctant to grow up. Like his father, he’s a dreamer, and assumes that good things will come his way. His best friend from college does much better, but then, he came from a rich family. He marries, almost by accident, and finds happiness and true love. But tragedy is never far away in Apu’s world.

The Trilogy is only three films out of 26 in this festival. I haven’t seen all of them. But here are my opinions on the ones I’ve seen, listed in order of quality: 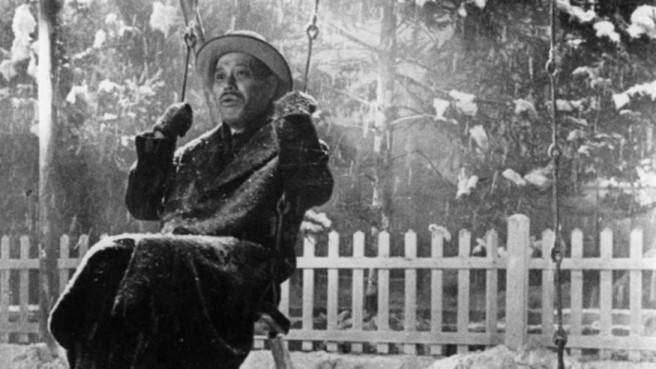 One of Akira Kurosawa’s best, and one of the greatest serious dramas ever put up on the screen. Takashi Shimura gives the performance of his lifetime as an aging government bureaucrat dying of cancer. Emotionally cut off from his family–including the son and daughter-in-law with whom he lives–he struggles to find some meaning in his life before he dies. A deep and moving meditation on mortality and what it means to be human, Ikiru manages to be deeply spiritual without ever mentioning God or religion. Read my Blu-ray review or my Kurosawa Diary entry. 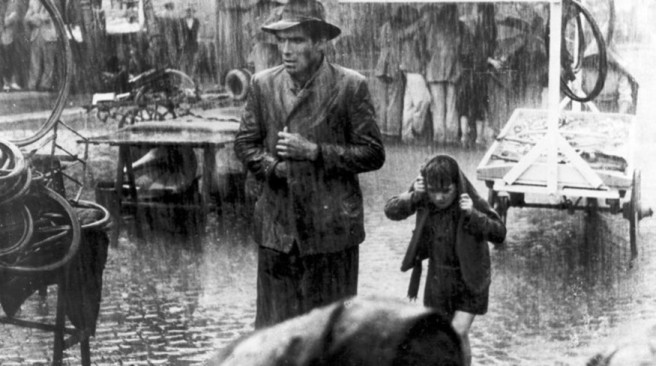 If cinema exists to create empathy, for those on screen and off, Vittorio De Sica’s Bicycle Thieves is one of the greatest films ever made. It’s about desperate poverty, and how the desperately poor feed on other desperately poor because they have no other options. Deep down in your bones, you know the story can’t possibly end well. Yet there are many touches of beauty, human kindness, and humor. Read my essay and my Blu-ray review. 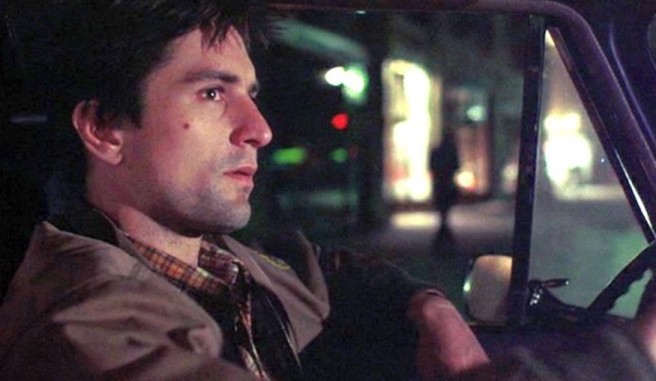 When I think of the 1970s as a golden age of Hollywood-financed serious cinema, I think of Robert De Niro walking the dark, mean streets of New York, slowly turning into a psychopath. Writer Paul Schrader and director Martin Scorsese put together this near-perfect study of loneliness as a disease. It isn’t that De Niro’s character hasn’t found the right companion, or society has failed him, or that he doesn’t understand intimacy. His problems stem from the fact that he’s mentally incapable of relating to other human beings. This is a sad and pathetic man, with a rage that will inevitably turn violent. Read my Blu-ray review. 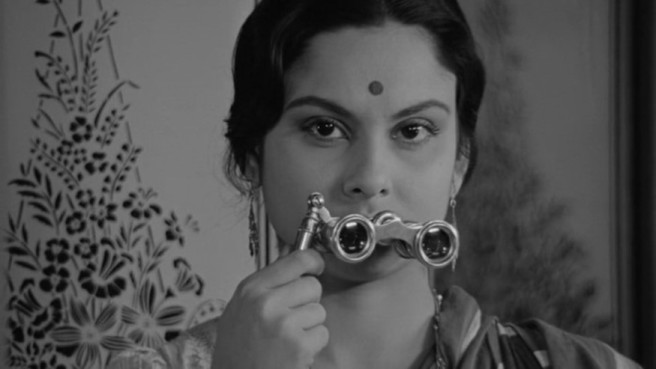 Nothing is more beautiful in the cinema than a thoughtful face, and as the film’s title character, Madhabi Mukherjee has one of the best. Charulata is the bored housewife of a hard-working, progressive newspaper publisher in late 19th-century Bengal. When her husband brings his handsome, unmarried cousin (Soumitra Chatterjee) to live and work at his home, wife and cousin-in-law find a shared love of literature…and more. Satyajit Ray considers 19th-century politics, anti-colonialism, and the relationships between friends, blood relatives, and spouses in this exquisite story. 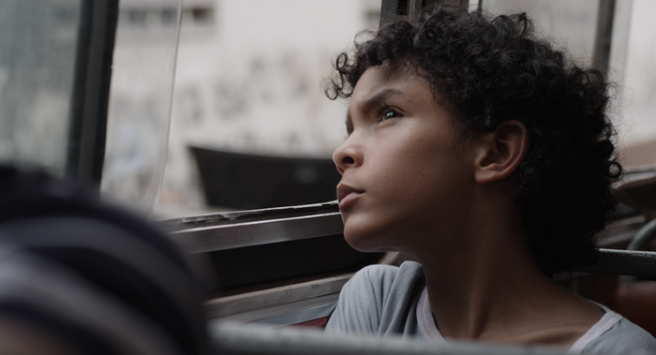 Ten-year-old Junior (Samuel Lange) bewilders, confuses, and worries his widowed mother (Samantha Castillo). Not only is he mischievous and occasionally thoughtless–hardly surprising for a boy that age. He also hates his curly hair, does everything he can to straighten it, and behaves in ways that don’t measure up to his mother’s ideas about masculinity. Meanwhile, Mom – horrified that she may have a gay son – struggles to get her job back and makes ends meet with little or no money. Both Lange and Castillo give great performances in this unique drama about poverty, race, and homophobia. 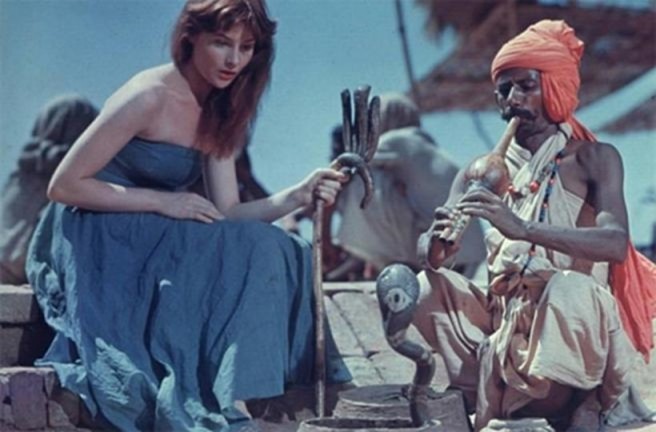 The clash of civilizations appears as a friendly melting pot in this coming-of-age story set in British India. A happy English family begins to get unglued when the two oldest daughters develop competing crushes on an American veteran. There’s tragedy and near-tragedy, and gentle comedy, and the warm envelope of people who love each other, even when they’re angry. Renoir paints, in beautiful three-strip Technicolor, an idealized version of British India, where everyone gets along, no one rejects a mixed-race girl, and western and eastern ways of life merge happily.

The Indian aristocracy is dying, but one high-born nobleman can’t quite see it. In Satyajit Ray’s tale of music and denial, Chhabi Biswas plays that lost aristocrat, still bringing musicians to his home to entertain himself and a dwindling collection of guests. His money is also dwindling, and his influence on others is already gone. Ray takes a mildly sympathetic and considerably critical look at this lost fool who doesn’t understand that he’s now just another man.