And you know what we don’t have this week? Film festivals!

A+ The Passion of Joan of Arc, Pacific Film Archive, Friday, 3:30

One would assume that the courtroom drama isn’t the best genre for silent films. And yet, by concentrating on faces and the emotions they display, Carl Theodor Dreyer’s The Passion of Joan of Arc surpasses all but a few cinematic dramas, silent or otherwise. Based on transcripts from the Saint’s 15th century trial for heresy, Dreyer’s film is about people – not myths. Renée Jeanne Falconetti plays Joan as an illiterate, terrified, 19-year-old peasant girl in way over her head. Read my larger appreciation. New digital restoration. The film will be presented with the music on the DCP, a recording of Richard Eisenhorn’s excellent score for the film, Voices of Light. Part of the series The Art of Cinematography.

A knight (Max von Sydow) returning from the Crusades plays chess with Death (Bengt Ekerot) while the plague ravages the land in Ingmar Bergman’s great medieval tale. But while the knight thinks about eternity, his life-embracing squire (Gunnar Björnstrand) reminds us what it really means to be human. Filled with wonderful characters, religious allegory, and sly humor, the film bursts with a love of humanity and a fear for our place in the universe. Another part of the series The Art of Cinematography.

When United Artists agreed to finance a movie around a suddenly popular British rock group, they wanted something fast and cheap. After all, the band’s popularity was limited to England and Germany, and could likely die before the film got into theaters. We all know now that UA had nothing to worry about. The Beatles are still popular all over the world. What’s more, Richard Lester’s A Hard Day’s Night still burns with outrageous camerawork and editing, subversive humor, and a sense of joy in life and especially in rock and roll.

Young Ofelia (Ivana Baquero) – lives in fascist Spain with a cruel and powerful stepfather–a very dangerous and scary place to live. But so is the fantasy realm into which she frequently escapes. But at least the fantasy world, which may or may not be a figment of her imagination, holds out the possibility of hope. Guillermo del Toro fashioned a nightmare inside of a nightmare, filled with dark, gruesome, and often gory imagery, a child’s fantasy that’s appropriate only for adults, and an unforgettable experience. On a double bill with The Devil’s Backbone. 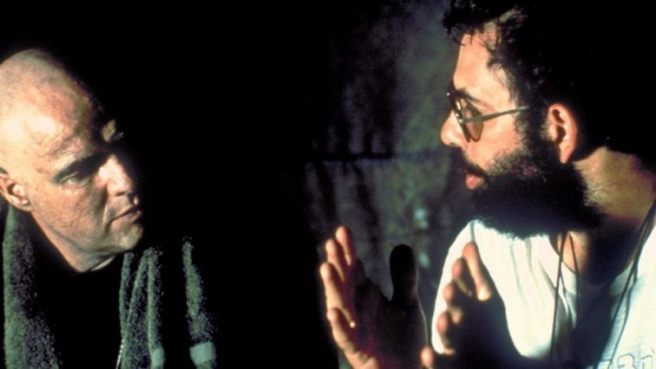 Making-of documentaries are seldom worth a trip to a movie theater, but this record of how Francis Coppola shot Apocalypse Now is an exception to the rule. But then, the making of Apocalypse Now is one of the great stories of cinema history. One star had a heart attack. Another arrived grossly overweight. A typhoon destroyed the set. The director didn’t know how he would end the picture…or whether the picture would end him. Coppola’s wife Eleanor filmed the whole expedition, and that footage made this fascinating documentary possible.

This early Harold Lloyd feature lacks the strong sense of story and character found in his later silents, but it still delivers laughs. Its general attitude–preferring the common-sense small-town general practitioner to the fancy-pants medical specialist–was probably conservative in 1922. Today it feels like holistic medicine. Also on the program: the short comedies Koko’s Thanksgiving and Golf. Bruce Loeb will provide the piano accompaniment.

The lure of “Swingin’ London” and short flashes of female nudity made Michelangelo
Antonioni’s first English-language film his biggest commercial hit. David Hemmings stars as a photographer who seems alienated from everything and everyone. There’s an intriguing plot involving the possibility of having accidentally photographed a murder, but that takes up a surprisingly small part of the film’s 107 minutes. Oddly, our hero apparently never thinks to call the police. Read my full commentary. New digital restoration.

In Case You Missed Them

While Cesar Chavez became famous creating the United Farm Workers union, Dolores Huerta did much of the work. She was a part of the union from the start. She gave up her chance to have a normal life, became an absentee mother, ignored her love of music, and became a leader in the labor struggle, the Chicano movement, and inevitably the women’s movement. This music-filled documentary shows Huerta’s vitality, both young and old, and lets you discover an important figure that history seems to have skipped. Read my full review. 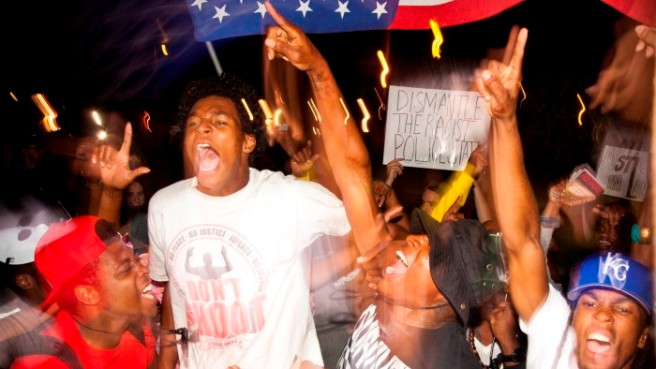 The police murder of Michael Brown rocked the town of Ferguson, Missouri – and the nation. This incendiary documentary does more than tell you the story. It puts you on the ground – thanks largely to smartphones and social media – with the people who marched, protested, and rioted as their city became a symbol of all that’s wrong with America. Read my full review. Co-presented by Blackout for Human Rights and featuring a post-film discussion.