In 1966, Londoners had to contend with rowdy, uncontrollable gangs of mimes. At least that’s the impression you get from watching Michelangelo Antonioni’s first English-language film, Blow-Up. 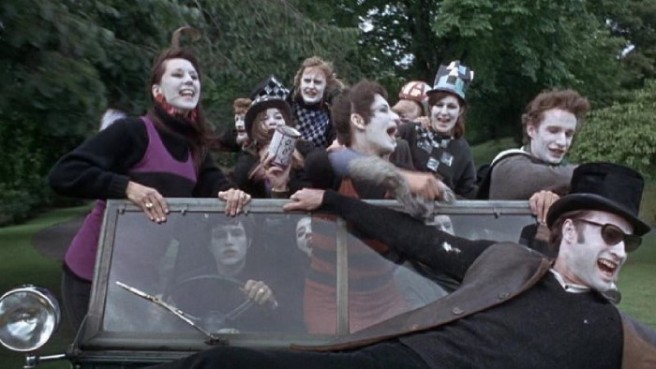 My wife and I had planned to see the new digital restoration of Blow-Up Saturday night at the Pacific Film Archive, but I threw my back out. Sitting in a movie theater for a couple of hours didn’t seem like a good idea. But sitting in our recliner couch at home seemed fine, so we streamed Blow-Up from Vudu.

This was Antonioni’s biggest commercial hit for a reason, and the reasons had nothing to do with it being a good movie. It was set in “swinging London,” where everyone wanted to be back then. A bigger draw: It contained short flashes of female nudity—something that was pretty much unheard of in a Hollywood movie at the time (it was an MGM production).

David Hemmings stars as a photographer who seems alienated from everything and everyone. You never really get to know him or have any reason to. 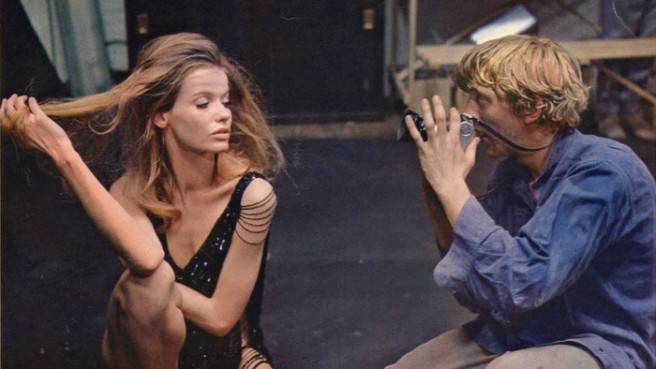 There’s an interesting plot that takes up a very small part of the screen time. Hemmings’ photographer takes photos in a park, and a woman seems obsessed with getting a hold of the negatives. That perks the photographer’s curiosity, and as he examines the photos, he begins to suspect that he has evidence of a murder. Oddly, he apparently never thinks to call the police.

The best scene in the movie finds our protagonist at a rock concert. The band onstage is The Yardbirds, smashing up their instruments as if they were The Who. It’s a funny satire on rock and rock fans. The film could have used more humor.

By the end of the movie, Hemmings’ character appears to be ready to join the mimes. 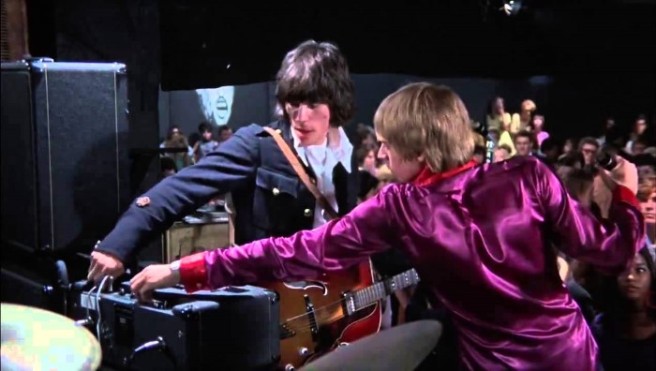 If nothing else, Blow-Up is a fascinating glimpse of a moment when London was the cultural center of the world, and it was all about youth, sex, and music. I give this movie a B-.

You can catch Blow-Up today at the Castro on a double bill with a vastly superior movie, Rear Window. Blow-Up plays at 2:10 and 9:10. Rear Window plays at 7:00 (note the three-hour intermission after the first Blow-Up screening).

Both films will screen in 35mm. That’s good news for Rear Window, since the DCP transfer is lousy. But 35mm seems like an odd choice for Blow-Up, with its new restoration. I’m curious about where the print comes from and if it’s any good. If you get to the Castro today, please add a comment below about the print quality.

Blow-Up will screen two more times at the Pacific Film Archive: Friday, November 24, at 7:30, and Friday, December 1, at 7:00. It will be projected digitally off a DCP.