When was the last time you watched a beloved classic the way it should be seen? And by that, I mean in a theater with a large screen and an audience. I don’t think I’ve had that experience since 2019.

The Cerrito celebrates its reopening this Friday with the Cerrito Classics Festival. Here are the movies I’m recommending:

Especially good on the big screen. People associate Jaws with three men in a boat, but the picture is more than half over before the shark chase really begins. For that first half, Jaws is a suspenseful, witty variation of Henrik Ibsen’s classic play, An Enemy of the People, but with a central character more conflicted and less noble (Roy Scheider). Then the three men get on the boat and the picture turns into a hair-raising variation on Moby Dick. Jaws’ phenomenal success helped create the summer blockbuster, yet by today’s standards, it’s practically an art film–albeit one that could scare the living eyeballs out of you. See my Blu-ray review.

Especially good on the big screen. By adding more humor, less racism, a smidgen of character development, and some of the best action scenes in the series, the third Indiana Jones flick outdoes even the original Raiders of the Lost Ark. Much of that comes from Sean Connery as the hero’s bookworm father, and a prologue with River Phoenix as the teenage Indy. The plot, which is simply an excuse to insert jokes and action sequences, has the Joneses trying to find the Holy Grail before the Nazis get it. You can read my A+ appreciation. 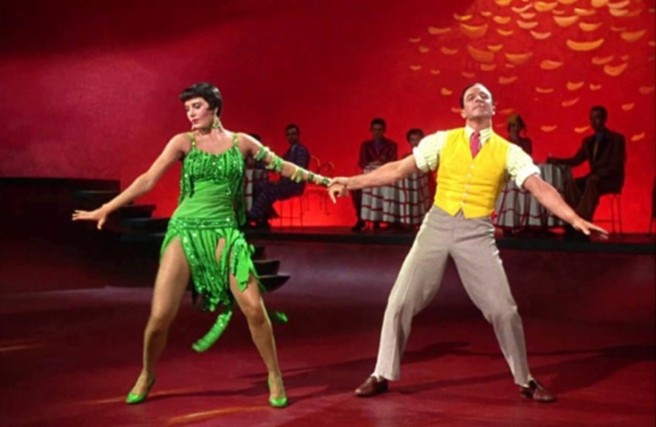 In 1952, the late twenties seemed like a fond memory of an innocent time, and nostalgia was a large part of Singin’ in the Rain‘s original appeal. The nostalgia is long gone, so we can clearly see this movie for what it is: the greatest musical ever filmed, and perhaps the best work of pure escapist entertainment to ever come out of Hollywood. Take out the songs, which are easily the best part of the movie, and you still have one of the best comedies of the 1950′s, and the funniest movie Hollywood ever made about itself. Read my A+ appreciation. 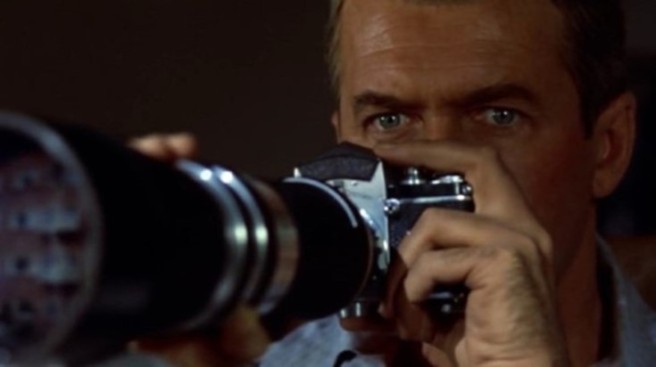 Alfred Hitchcock at his absolute best! James Stewart is riveting as a news photographer temporarily confined to his apartment and a wheelchair, amusing himself by spying on his neighbors (none of whom he knows) and guessing at the details of their lives. Then he begins to suspect that one of them committed murder. As he and his girlfriend (Grace Kelly) investigate, it slowly dawns on us – but not them – that they’re getting into some pretty dangerous territory. Hitchcock uses this story to examine voyeurism, urban alienation, and the institution of marriage, as well as treating his audience to a great entertainment. Read my A+ Appreciation.

Great films can affect you in different ways. Some make you laugh, cry, or think. But the Talking Heads concert movie, Stop Making Sense, makes you want to jump out of your seat and dance (problematic when you’re in reserved seats and you’re expected to keep a distance). More than any other concert film I’ve seen, Stop Making Sense is a visual experience. The band is constantly dancing, moving in strange ways that look like nothing you’ve ever seen before. Read my A+ appreciation.

In Alfred Hitchcock’s first great American film, a small-town girl begins to suspect that her beloved, newly-arrived Uncle Charlie is a notorious serial killer (Joseph Cotton at his most charming). Then he begins to suspect that she suspects. Cotton’s performance makes the movie; most of the time he’s warm, friendly, and relaxed, but he can quickly turn dark and say something frightening. Written in part by Our Town playwright Thorton Wilder. The locations were shot in Santa Rosa. 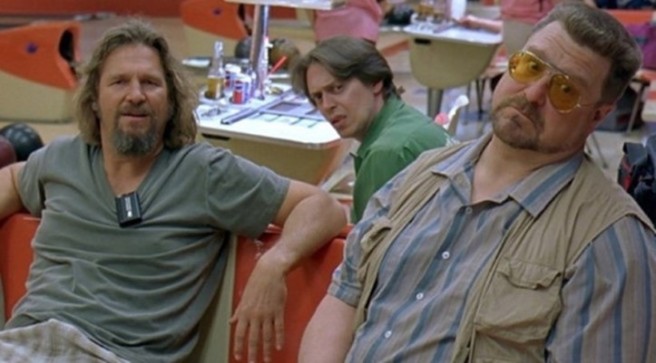 The Coen Brothers’ most beloved film takes a Raymond Chandler-type story and replaces the tough, street-smart private detective with a drunken pothead slacker who cares only for bowling and calls himself The Dude (Jeff Bridges). The concept, on its own, is hilarious. The execution is damn near perfect. Aside from genre parody, there’s a thin, barely grasped sense of Zen to the movie. It’s as if you could throw yourself out into the universe and everything will come out okay…unless it doesn’t. Read my Blu-ray review. 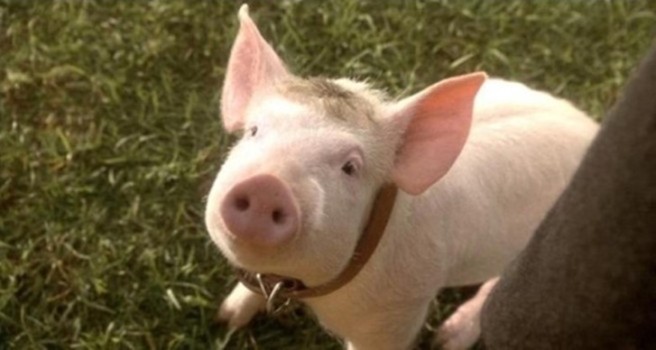 This Australian fantasy just might be cinema’s greatest work of vegetarian propaganda. It’s also a sweet, funny, and charming fairy tale about a pig who wants to be a sheep dog. This was the film that made audiences and critics recognize and appreciate character actor James Cromwell. It also broke considerable ground technically in the category of live-action talking-animal movies. Warning: If you show this G-rated movie to your young children, you may have trouble getting them to eat bacon again.

You can check out all the movies in this festival.