Not all cinematic small towns look like something out of Frank Capra’s imagination. Set in the Australian outback, Kiewarra is ugly, and suffering from a horrendous drought. Even worse, no one trusts anyone else. Fists fly at the least insult. 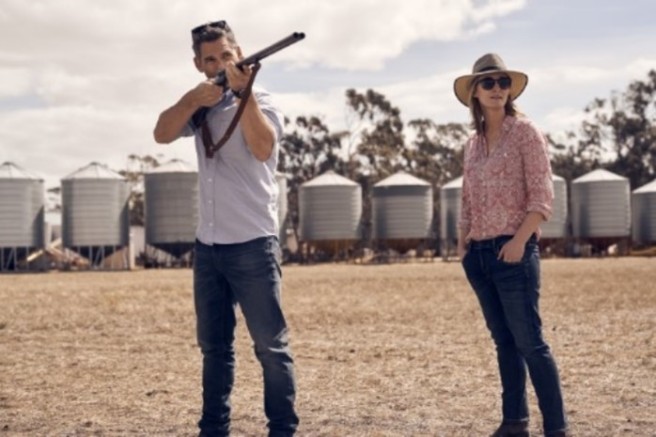 So, you can imagine how former resident Aaron Falk (Eric Bana) isn’t delighted to return home. He’s a police detective in a big city now, and he’s returned for a multiple funeral. It appears that a man shot and killed his own wife and children, except for the baby, and then committed suicide. And if you know anything about mysteries, you realize that this diagnosis must be wrong.

Soon after the funeral, an old friend asked Aaron to look into the killings; he doesn’t believe the suicide story. Reluctantly, Aaron gets a room in the local hotel and starts putting his nose into other people’s business.

Many of the locals want him to turn around and go back to the big city – preferably with his face smashed in. When he was a teenager, some 20 years earlier, his girlfriend drowned in the creek’s swimming hole (there was more water, back then). Most of the town assumed that the death was his fault. Flashbacks show the kids swimming that day, but it takes a while to figure out what happened then. 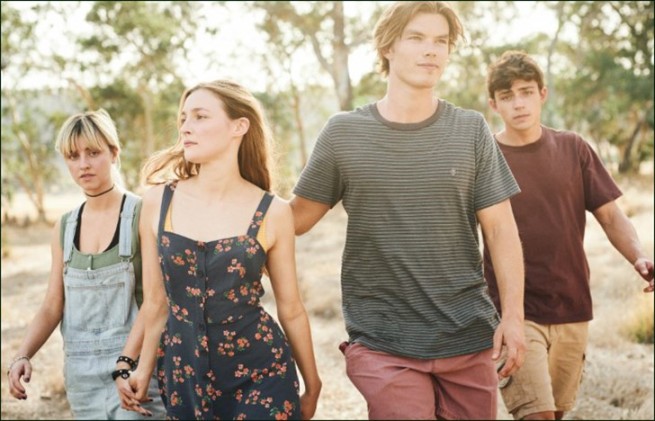 The film is called The Dry, not The Wet. The town has been struggling for a long time. People worry about growing their crops. Everything is an ugly brown. The entire town is a tinderbox, not only figuratively but literally. Drop a lit match and the whole town could go up in smoke.

I don’t think it’s too much of a spoiler to tell you that there’s a connection between the recent family massacre and the girl who drowned twenty years ago. That’s the sort of thing that happens in mysteries.

I’m not an Eric Bana fan; he has a limited selection of facial expressions. But I liked him here. No, he hasn’t stretched his acting range. It’s just that his style works here. He plays a man who’s keeping his cards to his vest, and for that, he works. 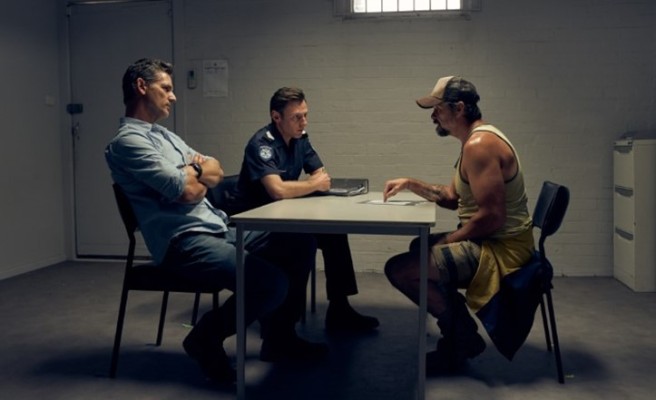 There are a few decent people along with the town’s violent jerks. One of the best is the local rookie cop, Sergeant Greg Raco (Keir O’ Donnell). He was the first to find the bodies, and it was a shock he’s still dealing with. Aaron becomes close friends to him and his wife Rita (Miranda Tapsell).

Mysteries are a rare genre these days, which is probably why distributor IFC Films is advertising the The Dry as a thriller. They’re similar genres, in that a protagonist must find and confront bad guys, and get placed in danger at the climax. The difference is that a mystery requires more thought, while a thriller has more suspense. I like both genres, but it’s nice to see a real mystery for a change. 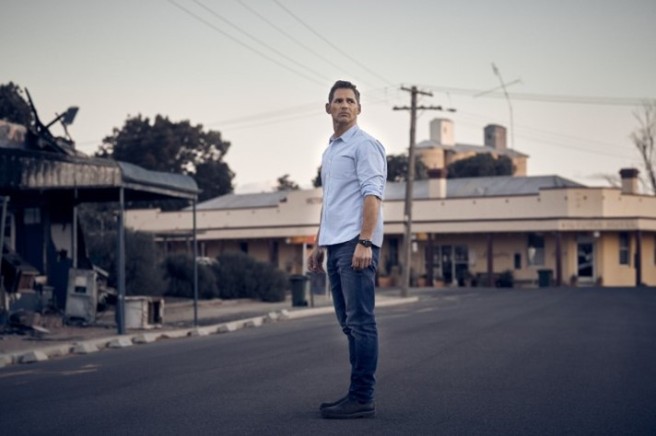 The Dry will open Friday at the Embarcadero Center and perhaps other theaters. It will also be available streaming that day.