Three of these five films were set in Europe but made in and around Hollywood. Another was set and shot in England. And the last one starred a young unknown named Steve McQueen (it was shot and set in a small American town). Curiously, the three black-and-white movies were better than the two color ones. 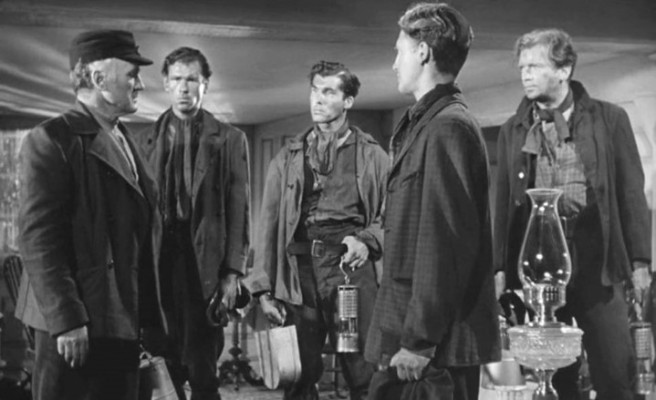 John Ford followed The Grapes of Wrath with yet another story about a poor family struggling against the cruelty of capitalism. The Morgans, living in a Welsh coal mining town, are far better off than the Oakies in Grapes…at least they have a small house. But life isn’t easy. There are union strikes, mining disasters, fights, growing up, death, a bad marriage, and a beautiful landscape slowly disappearing. Ford often went overboard with sentimentality, especially with films connected to his Celtic heritage, but he keeps it under control here. The film brought Ford his only Best Picture Oscar and one of his four Best Director Oscars.

I’ve wanted to see this MGM anti-Nazi movie for years. I finally got the chance, and it was better than I expected. Set when Hitler first came to power, it follows a family that breaks up between those who follow the new order and those who want a free society. You can feel the loss of your own freedom as the characters onscreen lose theirs. Making this picture in 1940 was exceptionally courageous for MGM – the most conservative of the Hollywood studios. But that courage had its limits; the word Jew is replaced by Non-Aryan.

One of Ernst Lubitsch’s earliest American films, and a very funny one – from the early kinky foreplay to a question about who belongs in prison. This story of two couples dipping their toes into the water of adultery is hysterically funny at the beginning and end, even if the middle sags a bit, but not bad enough to ruin the movie’s pleasure. A delightful concoction of what would come to be known as The Lubitsch Touch.

B- The Personal History of David Copperfield (2019)

The story is jangled and seemingly random…but so is the last two thirds of the Dickens novel it’s based on. Screenwriter Simon Blackwell and director Armando Iannucci were smart enough to focus largely on the humor, distracting the audience so they don’t notice the weak story. Another issue: I understand why so many British period pieces use colorblind casting, but this time it’s really overdone. Characters in the same biological family are of different races. For instance, Dev Patel plays David, while his mother and his father’s sister (Tilda Swinton) are both white. But it’s often funny and entertaining. 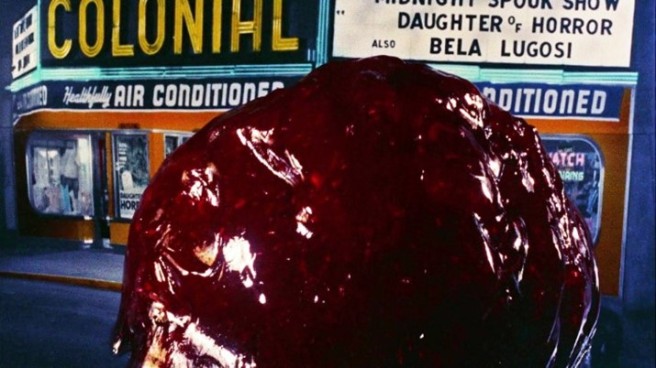 This film contains a very important message: Your teenagers are better than you in every way possible. But then, the teenagers in this movie look like they’re pushing 30. A ridiculous movie, funny in its own, unintentional way. A meteor hits Earth near Small Town U.S.A. and out comes a small glob of Jell-o (well, it looks like Jell-o). This red mass gets bigger and bigger as it swallows up people (only adults; the kids are too smart). The cinematography is exceptionally bad; many shots just show brightly-lit people with a pure black background. A not-yet-famous Steve McQueen plays the teenage hero.