What’s playing in Bay Area movie theaters this week? Frank Capra, Humphrey Bogart, Buster Keaton, and The Band. Also two film festivals and the Academy Awards at a theater near you.

It’s all kind of silly, but fun. It’s also exceptionally crazy this year. We’ve had controversies over a “Best Popular Picture” award, and another about dropping some of the awards from the telecast. The big question hasn’t been “Who will win?” but “Who will host?” These Bay Area theaters will present the ceremony live on their big screens, giving you a chance to laugh and boo with a crowd. Click the theaters’ names for details.

It Happened One Night, BAMPFA, Wednesday, 3:10

It’s been a very long time since I’ve seen the comedy that made Frank Capra a top director and Columbia Pictures a major studio. It Happened One Night is also an important early screwball comedy, and the first of only two films to win the top five Oscars (Picture, Director, Actor, Actress, and Screenplay). Includes a discussion with Joseph McBride and the screenwriter’s daughter, Victoria Riskin. Part of the series, In Focus: Writing for Cinema. 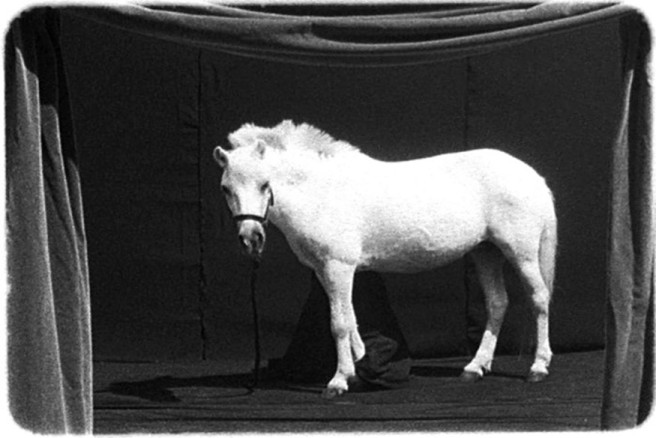 Filmwerkplaats is both a photochemical film lab and an artistic collective. The collectively authored Hometown “interweaves sonic and imagistic contributions from collective members…to form a drifting, subtly surrealistic song of life and landscape…in contemporary Rotterdam.”

If you’re in the mood for extremely cheap and silly Star Wars rip-offs from the early 1980’s, you’ll probably have a good time with this silliness. I can’t say for sure; I haven’t seen either of these alleged movies. You can check out the trailers: Galaxina and Hercules.

Frederick Wiseman’s latest documentary studies life in a small, agricultural town in what we might call Trump country. We see people at work. We see people joking around and telling funny stories. We see people in church – several churches. And when we don’t see people, we see crops. This might have been a very good film at 90 minutes. At 143, it’s a slog. There are too many scenes that go on way too long; a Mason ritual that’s fascinating for five minutes goes on for at least 15. When the town council meetings are the most exciting thing in the movie, you know you have a problem. Read my full review.

A The Treasure of the Sierra Madre & B Black Legion, Stanford, Wednesday and Thursday

The Treasure of the Sierra Madre: Three down-on-their-luck Yankees in Mexico (Humphrey Bogart, Tim Holt, and the director’s father, Walter Huston) prospect for gold. And find they don’t really trust each other. Black Legion: In his first starring role, Humphrey Bogart plays a blue-collar worker who joins an organization that attacks those not considered sufficiently American. At times powerful, often preachy, but with its heart firmly in the right place.

The Band played their final concert on Thanksgiving night, 1976. Among their performing guests were Bob Dylan, Eric Clapton, Muddy Waters, and Joni Mitchell. Martin Scorsese brought a crew of talented filmmakers to record the show and created the greatest rock concert movie ever made. Scorsese and company ignored the audience and focused on the musicians, creating an intimate look at great artists who understood that this was a once-in-a-lifetime event. Read my A+ appreciation. Part of the Rockin’ at the Lark series.

Three years before he made The General, Buster Keaton mined the antebellum South for comic gold in this almost gentle comedy about a Hatfield/McCoy–type feud. New York-raised Buster goes down south to inherit his estate, but when when arrives at his destination, he finds himself a guest in the home of men sworn to kill him. Luckily, the code of southern hospitality forbids killing a guest…as long as he’s in your house. Read my Blu-ray review. With the shorts Dream Picture, Crash Project, and A Woman in Grey: Chapter XI, Fight for Life. Musical accompaniment by Jon Mirsalis on the Kurzweil keyboard.

A All About Eve, Castro, Sunday 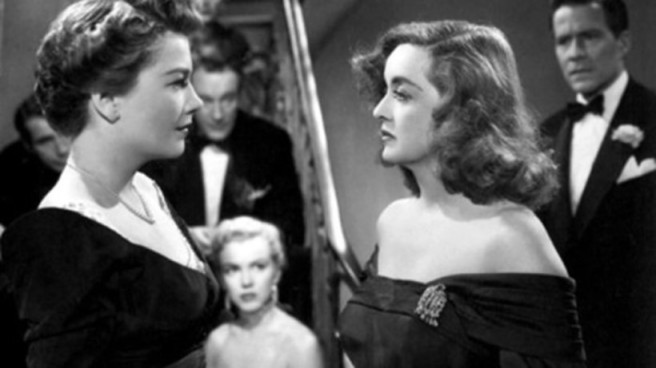 Here’s your chance to explore the sordid ambition behind Broadway’s (and by implication, Hollywood’s) glamour. Anne Baxter plays the title character, an apparently sweet and innocent actress whom aging diva Bette Davis takes under her wing. But Eve isn’t anywhere near as innocent as she appears. Fasten your seatbelts; it’s going to be a bumpy ride. On a double bill with The Other Side of the Wind, a movie I hated. 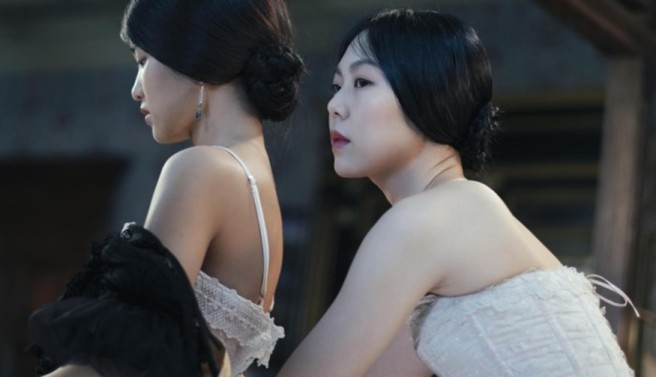 This atmospheric Korean thriller boils over with lies, double crosses, larceny, surprise plot twists, and a lot of sex–much of it quite kinky. At 90 minutes, it would be a great entertainment, but at its actual length of 144, it often drags. The handmaiden of the title works for a young Japanese lady she plans to rob. Things get messy. Overall, the good scenes in The Handmaiden are worth wading through the bad ones. Read my full review.