Harold Lloyd climbs into the public domain, Pickett and Prueher show very bad videos, and Germany frightens us in both sound and silence. Also Satyajit Ray, Christopher Guest, Ida Lupino, and a whole lot of great movies on Bay Area movie screens this week. But no film festivals.

This classic comedy went into public domain New Year’s Day, making it more available to theaters. Even Alfred Hitchcock never mastered the delicate balance between comedy and suspense as well as Harold Lloyd, who made that equilibrium perfect in Safety Last’s final act. The first two thirds of the feature, with Harold struggling with a lousy job and a girlfriend who thinks he’s a successful executive, makes an excellent piece of comic work, with more than enough laughs for a comedy twice as long. But the final third, where Harold climbs a skyscraper, tops any other comic sequence I’ve seen. Read my Blu-ray review. Preceded with the D.W. Griffith’s directorial debut, The Adventures of Dollie, along with Episode 8 of the serial A Woman in Grey. Musical accompaniment by Jon Mirsalis.

Joe Pickett and Nick Prueher search through discarded videos for the worst of the worst (or more likely, the funniest of the worst). And every year, they put on an MST3K-like presentation, offering comic commentary to what they’re showing. I caught last year’s show – my first time seeing it live – and there were moments when I laughed so hard I had trouble breathing. On a very late double bill with the performance collective Everything is Terrible! Part of SF Sketchfest (which isn’t really a film festival but shows some movies).

Speaking about MST3K: Kevin Murphy and Bill Corbett – two veterans of Mystery Science Theater 3000 – will crack wise at some of the worst short films ever to be shown. Other MST3K survivors on stage include Trace Beaulieu, Frank Conniff, Mary Jo Pehl and Bridget Nelson. Also part of SF Sketchfest.

This is one of the best documentaries I saw at this year’s SFFILM Festival. In 1980, three young men who didn’t know each other, all of them adopted, discovered that they were identical triplets. Filmmaker Tim Wardle created an original, deeply empathetic documentary about their lives, their brief celebrity, and the discovery that they and their adoptive parents were guinea pigs in a long-term, secret, nature/nurture experiment. Wardle breaks generally-accepted documentary rules to create a fresh way of telling his story. Read my full review. Part of the series Oscars Spotlight: Documentaries.

There’s nothing objective about this documentary on Ruth Bader Ginsburg. The filmmakers clearly believe that the Supreme Court’s progressive hero is a rock star, a superhero, and a major bulwark protecting American democracy. I believe that, too. But I didn’t know until I saw this film that young women not only see Ginsburg as a role model but tattoo her likeness on their bodies. An entertaining and enlightening film about someone I’m afraid to lose. Read my full review. Another part of the series Oscars Spotlight: Documentaries. 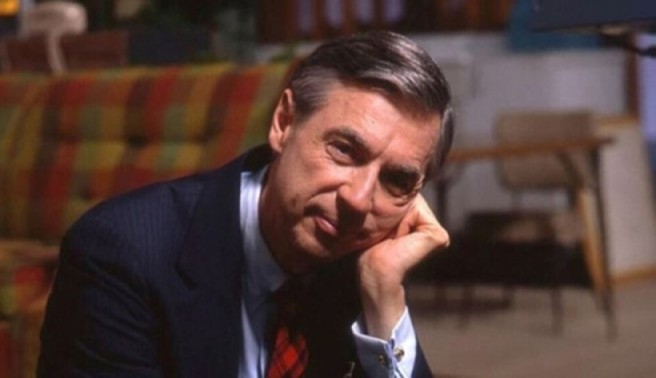 Ordained minister Fred Rogers – with his long-lived children’s show that taught inclusivity and self-worth – just may be the most moral and decent human being in the history of television. Filmmaker Morgan Neville shows us Rogers’ life and career through clips from his show, archival interviews with Rogers himself, and new interviews with his family and co-workers. One big surprise: Rogers, who was inevitably attacked by Fox News, was a life-long Republican. Read my full review. Yet another part of the series Oscars Spotlight: Documentaries.

In his first talkie, director Fritz Lang showed us a Germany sinking into corruption, depression, and paranoia. The paranoia is understandable; someone is murdering little girls and successfully eluding the police. Eventually the underworld must do what the authorities cannot and stop the killer. Peter Lorre became famous as the oddly sympathetic child molester, driven by inner demons he cannot control. I’m not sure film noir would ever have happened without M. Part of the series Fritz Lang & German Expressionism.

Forget about sexy vampires; the first film version of Dracula (an unauthorized rip-off that got the filmmakers into legal trouble) doesn’t have one. Max Schreck plays Count “Orlok” as a reptilian predator in vaguely human form. This 1922 silent isn’t the scariest monster movie ever made, but it’s probably the creepiest. Not to be confused with Werner Herzog’s 1979 remake. Read my Blu-ray review. Bruce Loeb on Piano. Another part of the series Fritz Lang & German Expressionism.

A- The Lonely Wife, Stanford, Friday through Sunday

Nothing is more beautiful in the cinema than a thoughtful face, and as the film’s title character, Madhabi Mukherjee has one of the best. Charulata is the bored housewife of a hard-working, progressive newspaper publisher in late 19th-century Bengal. When her husband brings his handsome, unmarried cousin (Soumitra Chatterjee) to live and work at his home, wife and cousin-in-law find a shared love of literature…and more. Satyajit Ray considers 19th-century politics, anti-colonialism, and the relationships between friends, blood relatives, and spouses in this exquisite story. On a Satyajit Ray triple bill with Three Daughters and The Big City – neither of which I’ve seen. 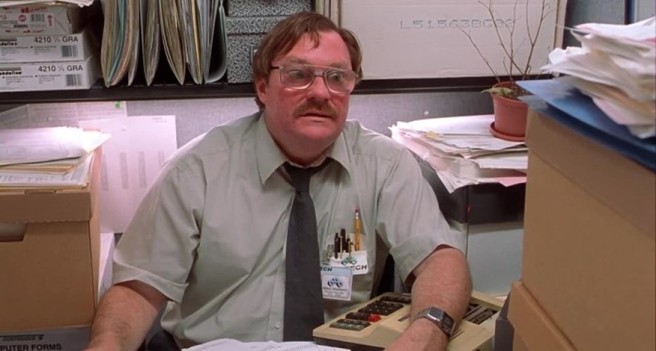 Work…there’s a reason they have to pay you to show up. In this broad and funny satire by Mike Judge, three young men struggle with their jobs in a soul-killing tech company. They conspire to fool the computers and skim enough money off the top to allow for early retirement; hopefully, the amount will go unnoticed. Jennifer Aniston plays the waitress whose job is as soul-killing as theirs, but pays considerably less. Stephen Root steals the movie as the employee whose soul was crushed long ago. This 20th Anniversary Screening, part of SF Sketchfest, will be followed by an onstage discussion. 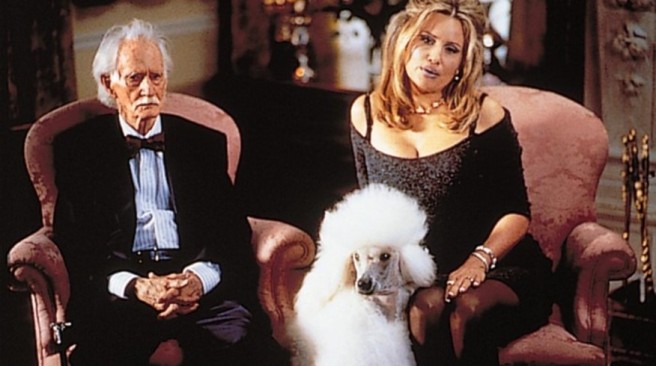 Christopher Guest’s dog-show mockumentary has more than its share of hilarious moments. The rest of it is also pretty funny. Second City veterans Eugene Levy and Catherine O’Hara steal the show as a dog-obsessed couple. This 20th Anniversary Screening, part of SF Sketchfest, will also be followed by an onstage discussion.

A sweet romance about class-defying true love, set during a time when marriage was a business proposition. In this 2005 adaptation of Jane Austen’s oft-filmed novel, the British cast does an excellent job, and token Yank Donald Sutherland is simply grand. But Pride and Prejudice belongs to Keira Knightley, who really shines as Elizabeth Bennet. Not to be confused with the one with zombies.

Now you can meet the artists behind the addictive riffs on “Da Doo Ron Ron,” “California Dreamin’,” and the theme music for Mission: Impossible. This mostly entertaining documentary introduces the successful but little-known musicians who added magic to some of the best songs of the 1960s. The musicians profiled include Carol Kaye and the late Tommy Tedesco (the director’s father). You may not know those names, but you’ve heard their playing. The film lacks a strong narrative line, and thus sags a bit in the middle. But for the most part, it’s a fun look at how professional music gets (or got) made. Read my full review.

B The Bigamist, New Mission, Wednesday, 7:30

Edmond O’Brien plays the title character, although he only receives fourth billing. He’s married to Joan Fontaine in San Francisco, where they run a business together and are hoping to adopt a child. But in Los Angeles, he’s married to Ida Lupino (who also directed), and they have a baby. Most of the movie is a flashback narrated by O’Brien, explaining how this happened. It’s a fun little pot-boiler, where everyone tries to do the right thing, but that proves impossible.