Transgender prostitutes, unruly composers, hungry aliens, two film festivals, and three new B+ movies. And all of this is happening on Bay Area movie screens this week.

Like many great artists, Stanley Kubrick was an obsessive perfectionist. He also had an equally obsessive assistant, Leon Vitali, who gave up a promising acting career to stand in the shadows and help Kubrick create and sustain his vision. Tony Zierra’s documentary provides a sympathetic look at Vitali, who was extensively interviewed for this film. As you’d expect from a documentary on Kubrick, Filmworker includes great clips and stills. Read my full review.

B+ A Kid Like Jake, Balboa, Elmwood, opens Friday

A white, comfortable Brooklyn couple (Claire Danes and Jim Parsons) struggle to get their four-year-old son into a private school, hoping the boy’s feminine behavior will result in a diversity scholarship. The “get the right school” plot doesn’t do much, but the film improves as it explores how this couple react to having an unusual child – who, unfortunately, we never really get to know the way we get to know the parents. Read my full review.

B+ Won’t You Be My Neighbor?, Embarcadero Center, New Mission, opens Friday

Ordained minister Fred Rogers – with his long-lived children’s show that taught inclusivity and self-worth – just may be the most moral and decent human being in the history of television. Filmmaker Morgan Neville shows us Rogers’ life and career through clips from his show, archival interviews with Rogers himself, and new interviews with his family and co-workers. One big surprise: Rogers, who was inevitably attacked by Fox News, was a life-long Republican. Read my full review. 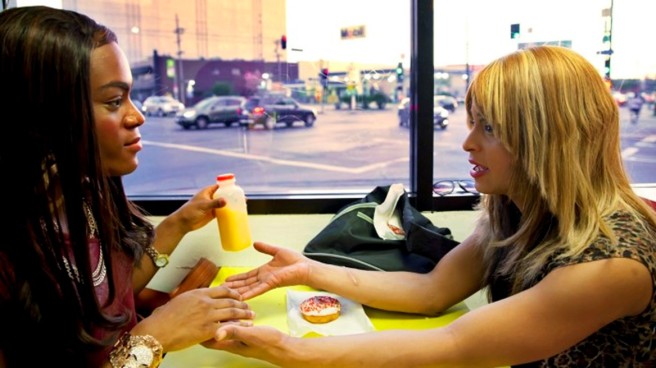 Sometimes a movie blows apart every concept you had about what a motion picture can be. Sean Baker’s tale of a transgender prostitute out for justice creates just that sort of magic. Fast, frenetic, funny, and sad, Tangerine looks like no other movie I’ve ever seen, in part because it was shot entirely on iPhones. And yes, that works, allowing the filmmakers to capture the tarnished glamour of today’s Hollywood (the neighborhood, not the industry). The most exciting and original new film I saw in 2015. Did I tell you it’s a Christmas movie? Read my full review. A fundraiser for Pulse Night of Remembrance.

In this tale of two composers, the successful Salieri (F. Murray Abraham) works hard to achieve greatness. On the other hand, Mozart (Tom Hulce) composes easily, but struggles to sell his work. Only Salieri can see that Mozart is the better composer. A story of talent, jealousy, and the creative spark, accompanied by some of the best music ever written. This director’s cut is significantly longer than the version that won the 1984 Best Picture Oscar; I like them both. Part of the series Early Music on Film 2018. 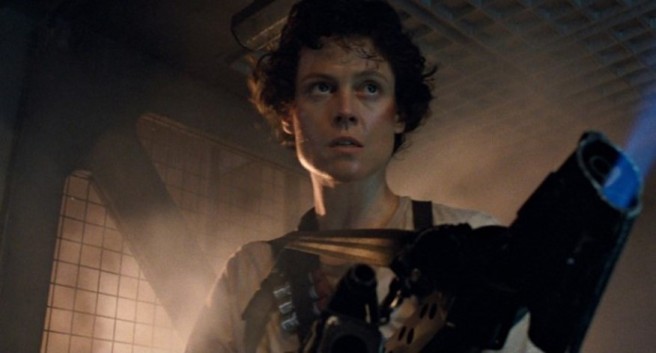 Alien had only one monster, but James Cameron’s sequel strands a platoon of marines on a barely hospitable planet infested with the big, egg-laying predators. It works as a horror film, an action flick, a war movie, science fiction, a feminist work (the climatic fight is between two mothers fighting for their babies), and a condemnation of capitalism. Sigourney Weaver, made famous by the original film, stars again. Unfortunately, the Castro will screen the original cut. If this was the 154-minute director cut, I’d give it an A.

This early (1951) Ingmar Bergman film wasn’t early enough for the PFA’s recent Bergman 100: the Early Years series. It’s a love story, set on a beautiful island in the summer, told in flashback. It’s not what you think of in Bergman, but it’s enjoyable, and yet very sad. One major plot twist felt false to me. Part of the series Bergman 100: A Summer Interlude.