Dinosaurs, Marilyn Monroe, Toshiro Mifune, and the most influential film in cinema history light up Bay Area screens this week.

This essentially serious comedy looks at relationships, both romantic and filial, and finds both humor and insight. It’s all set in 1995 – for no real purpose, really. Dana (Jenny Slate) lives with her fiancé but is having second thoughts. Her teenage sister Ali (Abby Quinn) acts out adolescent rebellion to a degree that bewilders her already unhappily married parents (John Turturro and Edie Falco). The film’s insights ring true, if not original, and most of the jokes are grounded in reality. We laugh because we see the common human frailty of the characters. Read my full review. 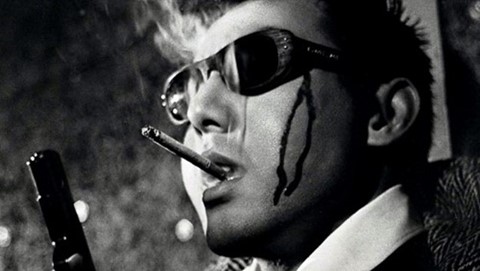 This slick, commercial, yet strange crime thriller follows the career ups and downs of a talented professional killer (a chipmunk-faced Jo Shishido). He shoots lesser killers down by the hundreds. He has wild and violent sex with his wife in all sorts of places. And he indulges in his greatest weakness: sniffing rice. Branded to Kill works better in individual scenes than as a whole. 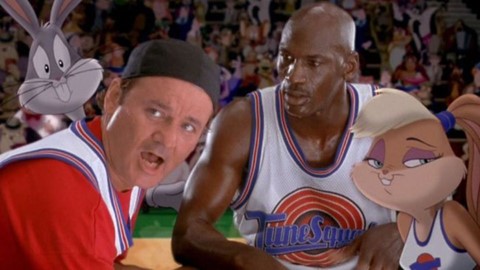 I never saw Space Jam, and I’ve never wanted to see it. And the very idea of paying money to see VHS on the big screen seems absurd. But the concept is so weird that, if it was closer to my home, and if I had nothing else to do that night, I just might buy a ticket. A Rewind Wednesday Presentation. 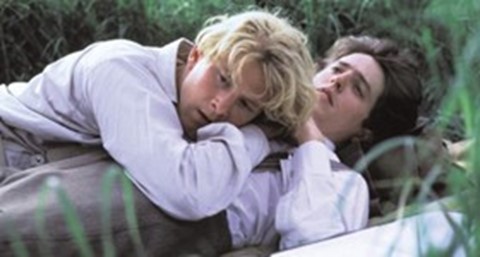 Set in England in the early 20th century, this 1987 Merchant Ivory production concentrates on one man wanting desperately to come out of the closet – at a time when doing so would land him in prison. Maurice (James Wilby) meets Clive (Hugh Grant) in college, and they fall in love. They must hide the nature of their “friendship.” Clive eventually reconciles to a conventional married life, but Maurice, now a successful stockbroker, can’t bring himself to the do the same. Stiff upper lips abound, with real emotions bubbling up when they can no longer be contained. New 4K digital restoration.

Yojimbo was such a huge hit that Kurosawa made a sequel. This time, Toshiro Mifune’s masterless swordsman reluctantly helps a group of naive young samurai clean up their clan. The young men insist on doing everything properly and honorably; without him, they’d be toast. This action comedy, which parodies the entire Samurai genre, ties with The Hidden Fortress as Kurosawa’s lightest entertainment. The climax involves one of the greatest, and most unique, swordfights in movie history. See my Kurosawa Diary entry. Part of the series Samurai Rebellion: Toshiro Mifune, Screen Icon.

A The Mill and the Cross, Pacific Film Archive, Sunday, 5:00

Lech Majewski recreates the making of Bruegel’s painting The Way to Calvary, using 21-century art and technology. True to Bruegel’s style, the film starts with the day-to-day lives of ordinary, 16th-century peasants, then moves on to the religious clashes of the day. Using nature, paint, and digital effects, Majewski creates a visual feast that moves from the world of Bruegel’s experience into the world of his imagination. Read my full review.

Many consider Clint Eastwood’s Oscar-winning western
a masterpiece. I call it a near miss. For most of the film’s runtime, it brilliantly analyzes and deconstructs the genre. Violence is ugly, painful, and cruel. “It’s a hell of a thing, killin’ a man,” says Eastwood’s character. “You take away all he’s got and all he’s ever gonna have.” But as the film nears its climax, it becomes a conventional western, and in doing so, it violates everything that has gone before. Read my full report. New 4K digital restoration.

By kickstarting the talkie revolution, The Jazz Singer became the single most influential movie in cinema history. Mostly silent, its few singing and talking sequences destroyed one artform and created another. The story of a cantor’s son who wants to be a popular entertainer is pure schmaltz, but Al Jolson’s presence helps bring it across. The completely silent Clash of the Wolves stars Rin Tin Tin, the most charming and charismatic movie star ever to walk on four legs. In Clash, he plays a wolf who befriends a man and fights off a villain. Silly, but fun. With Dennis James at the Wurlitzer organ, Part of the Stanford’s massive and amazing Warner Brothers series.

This low-budget noir gave Marilyn Monroe one of her first starring roles. It’s set inside a fancy hotel, and you know what sort of things go on in that kind of place (at least in the movies). Monroe plays a babysitter who really should not be trusted with a child. In fact, she shouldn’t be trusted with a grown man like Richard Widmark, either. This movie also marks Anne Bancroft’s big-screen debut. Part of the series Band of Outsiders: Women Crime Writers.

Hollywood’s first man vs. dinosaur epic isn’t that different from today’s blockbusters. Like them, it uses special effects to prop up what’s otherwise an extremely silly movie. The silliness is of the 1920s variety–overacting and fake-looking facial hair, and the FX are technically crude by today’s standards. But model animator Willis O’Brien (who would later make King King) infused his dinosaurs with weight and thought, which sells them to the viewer. Piano accompaniment by Bruce Loeb. See my earlier reports from 2009 and earlier this year.