Here’s what’s in Bay Area movie theaters this week: New movies about spaceflight, Shakespeare, and fascism. Old movies about kidnapping and adultery. You can spend your weekend at an Asian-American film festival, then on Monday watch Tarantino’s Holocaust revenge fantasy.

This slow, frightful, depressing science fiction movie from Sweden carries a heavy charge. A spaceliner taking refugees to Mars (Earth has become unlivable) has an accident that sends them out to the edges of the solar system. The life support systems will go on indefinitely, but how long can you live in a tin can; even a luxurious one? You need to set aside your scientific knowledge to enjoy Aniara, but it’s worth it. Read my full review.

A- All is True, Clay, Guild, Albany Twin, opens Friday

Kenneth Branagh’s movie about Shakespeare in retirement shows us a man trying to connect to his family after a 20-year absence. According to Ben Elton’s screenplay – which is, of course, a work of fiction – that family isn’t particularly happy about the stranger in the home. You might take a few minutes to accept the heavily made-up Branagh as Shakespeare, but you’ll get over it. Judi Dench is wonderful, of course, as the illiterate wife who can’t read the love poems she knows her husband wrote to someone else. Read my full review.

A- The Silence of Others, Roxie, opens Friday; Rafael, Sunday, 5:00

Spain became a democracy when Franco died in 1975…but one without justice, since an amnesty law blocked the ability to prosecute crimes against humanity. The result is a country that knows little about its horrible past. This epic and yet intimate documentary follows several survivors who lost parents and children, along with those who were tortured, in their quest to put the worst kind of criminals on trial. A sad but hopeful film about a horrible time that is in danger of being forgotten. Q&A with director Robert Bahar after the Friday evening show at the Roxie and Sunday at the Rafael.

Believe it or not, I have never watched Game of Thrones. But I really enjoyed watching the final episode of Mad Men at the New Parkway, so if you have been following HBO’s big series, you might want to watch it there, to.

From the late ’50s to the early ’80s, Bruce Conner made some very short, experimental films. I liked them at the time, but that was quite a while ago. After a selection of Conner’s work, there will be a screening of Cosmic Children, with live music by The Red Room Orchestra.

The Freddie Mercury Story (as this film would have been called in the 1950s) plays out as a relatively conventional rock star biopic. The protagonist (played by Rami Malek) finds and joins an existing band, becomes their de facto leader, grows an oversized ego that leads him into quitting the band, followed by reconciliation and a triumphant concert. And yet, it’s better than almost any other film using this biopic formula. Malek’ Oscar-winning performance is the powerhouse that keeps the movie alive. The music is, of course, transcendent. I have not experienced the Sing-Along version. 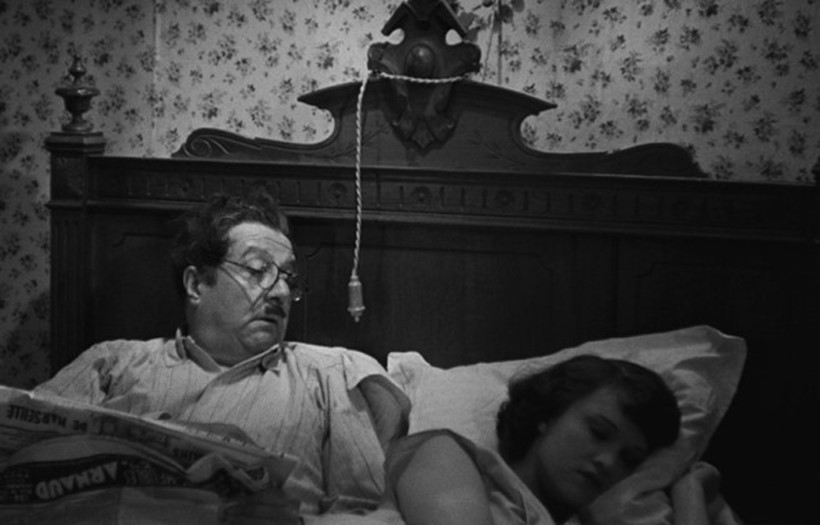 The first thing you should know about Marcel Pagnol’s 1938 comedy is that it’s very, very funny. The second thing you need to know is that it’s also sweet and humane. This utterly charming French film takes place in a small town where everyone knows everyone else. When the titular character runs away with a handsome shepherd, it turns the whole town upside-down. The husband is so sweet he just can’t assume foul play. Read my full report.

Alfred Hitchcock’s remake of his own 1934 thriller throws an ordinary American couple (James Stewart and Doris Day) into the middle of international espionage—a favorite Hitchcock plot device. They witness the wrong murder, so evil foreign spies kidnap their son to force their silence. Shot partly on location in England and Morocco. Thrilling and fun in that Hitchcock-patented way. A tribute screening benefitting The Doris Day Animal Foundation.

A barely-functional family fights an uncaring government and a giant mutant predator, and it’s hard to say which is the scarier threat. I didn’t find this quite the masterpiece others saw–the political points are obvious, the third act gets confusing, and the big finale fails to satisfy. But director/co-writer Joon-ho Bong succeeds where it counts: He makes you care about the characters and scares you out of your seat.

I can’t deny the modest pleasures of Quentin Tarantino’s Holocaust revenge fantasy. A group of Jewish American soldiers enter occupied France to disrupt the Nazis. Even as I thought of the plot’s inherent absurdity (why would these Jewish American soldiers do better than the French resistance?), I enjoyed the clever dialog, some good performances, the references to other movies, and the sheer audacity. The movie contains Christoph Waltz’s breakout performance, and Brad Pitt with a southern accent that wouldn’t fool a cow.

Note: I made two corrections in the Frequently-Revived Classics soon after this article came online.