Note: After I posted this newsletter, a reader brought another film festival, opening tonight, to be attention. I’ve therefore corrected this article.

This three-hour German epic about art, love, Communism, and Nazis starts out strong. In the first excellent section, Nationalist Socialism replaces culture with cruelty. The film falters a bit in the second section, set in Stalinist East Germany. But with a few exceptions, the last hour becomes a slog. When you’re tempted to look at your watch during an enthusiastic, full nude sex scene, you know something has gone terribly wrong. Read my full review.

The setup feels like a thriller: A beautiful, spoiled, not-too-bright blonde enjoys her life with a gang of drug dealers as they vacation on the Turkish Riviera. What horrible thing will happen? Pretty much nothing. For the most part, Holiday lets you spend 90 minutes watching a bunch of truly horrible human beings having fun. They party, drink, swim, laugh, take recreational drugs, and make love. Occasionally they threaten people or worse. Read my full review. 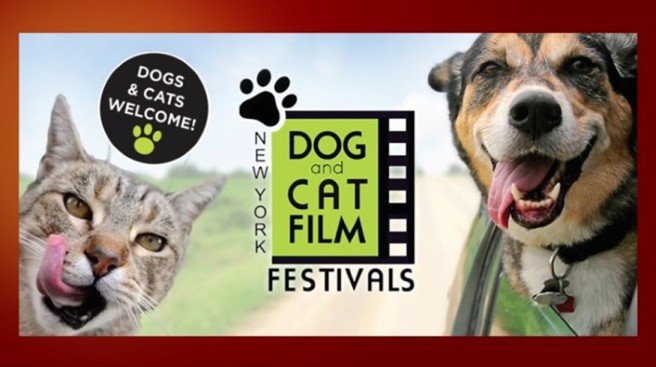 This isn’t really a film festival. It’s just three or four collections of shorts (depending on the theater), some for dog lovers and some for those who prefer felines. Dogs are welcome for the canine movies, but for obvious reasons, cats are not.

I rarely read fiction anymore, but this PBS documentary on the important fantasy novelist brought me back to the days when I devoured sci-fi. Using extensive interviews with Le Guin, her family, friends, and admirers, filmmaker Arwen Curry tells and shows us how the author changed a very macho genre into a female-friendly and intellectual one. Curry keeps the film visually interesting by animating book and magazine covers as well as scenes from Le Guin’s work. One thing really surprised me: Her parents worked closely with the native Californian Ishi.

A The African Queen & A- Beat the Devil, Stanford, Friday through Sunday

The African Queen: Humphrey Bogart, Katharine Hepburn, Africa, and Technicolor make for splendid entertainment in John Huston’s romantic comedy action adventure about a bum and a nun on the run (not literally). They face rapids, insects, alcohol, German guns, and each other. See my Blu-ray review.
Beat the Devil: John Huston’s strange crime comedy goes from Italy to Africa to a very bad boat in between. Peter Lorre casually offers a short monolog on the meaning of time. Jennifer Jones keeps winning chess games without even trying. And the whole thing is very entertaining. It’s quite possible that the 35mm print will not contain everything in the reconstructed director’s cut I saw. 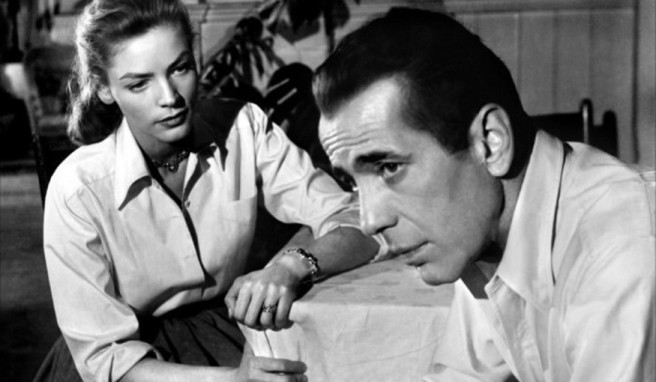 In the 1930’s, movie stars like Edward G. Robinson got to kill punk character actors like Humphrey Bogart. But by 1948, Bogey was the top star and Robinson the supporting player (and a great one). Set in a lonely Florida hotel during a hurricane, most of the movie is talk, but when Richard Brooks and John Huston adopt a Maxwell Anderson stage play, and Huston directs a solid and charismatic cast, who needs more than talk? On a double bill with Brother Orchid, which I haven’t seen. 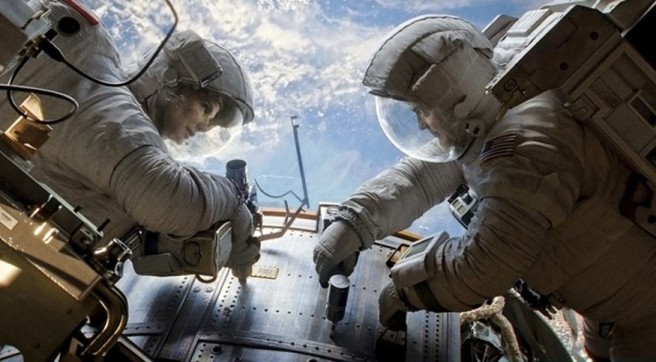 Alfonso Cuarón’s space thriller not only makes you feel like you’re floating way up above the atmosphere; it makes you desperately want to return home. An environment with no air, no up or down, and nothing to stop you from drifting away is not a nice place to raise your kids. Yes, the story is simplistic and not always realistic (just how close are all those space stations?), but it’s suspenseful, and far more believable than most special effects blockbusters. This Big Screen Science presentation includes a discussion with Kishore Hari and Jeff Silverman about the science.

I’ve seen all four of the shorts to be shown, and they go from funny to hilarious. The best is Charlie Chaplin’s Easy Street, where The Tramp becomes a policeman with a beat on the worst street in town. Buster Keaton’s The Scarecrow sets a love triangle on a farm and harvests a lot of laughs. Both will be shown in 35mm. In Dogs of War, the Our Gang crowd play war and sneak into a movie studio. Do Detectives Think? shows Laurel and Hardy early in their work together. Their characters are not quite fully formed. Greg Pane will accompany everything on piano.

B+ Horn From The Heart: The Paul Butterfield Story, Elmwood, Saturday, 1:00

This rock-and-roll documentary doesn’t just tell you about the music – it lets you hear it – often in long stretches. The people interviewed seem both knowledgeable about the great bluesman and emotionally close to him. Butterfield was a unique talent, and the film shows how he developed and improved that talent throughout his professional career. In many ways, this film reflects the cliched rock star fame-than-burnout tragedy, but the affection in those who knew him make it special. So does the music.

Movies were pretty weird in the ’70s, but they didn’t get much weirder than this—at least with a major director (Nicolas Roeg) and stars. David Bowie plays an alien who comes to Earth in search of water, but instead discovers capitalism, TV, alcohol, and human sex. It’s not entirely clear what the film is about, but the images are intriguing, the central characters are puzzles that cry out to be solved, and the sex scenes are very sexy. If for no other reason, see it to rediscover what science fiction films could be like in the years between 2001 and Star Wars.

Nicolas Roeg at his most conventional and commercial, and it’s still pretty weird. Don’t Look Now is a horror film, and a fun one – sort of. Donald Sutherland and Julie Christie star as a British couple (well, the husband is obviously American, but that’s never discussed) in Venice trying to get over their daughter’s sudden, accidental death. It’s all about ESP, seeing dead loved ones, and predicting the ghastly future. The film contains what just might be cinema’s longest and most graphic sex scene between major stars – and it feels just thrown in.