Want to see classic movies on the big screen next month? Here are a few March offerings:

Paramount Pictures had an incredible run in the early 1930s – despite economic disasters that almost destroyed the studio. Just consider the comedies that came out in 1933: Duck Soup, Design for Living, International House, I’m No Angel, She Done Him Wrong, and probably some that I’m missing.

The Stanford has been running its current Paramount series more a month, but its got another month to go. The full title is Paramount Pictures That played at the Stanford Theatre from 1930 to 1935.

Among the movies not yet already played you can find Ruggles of Red Gap on a double bill with W.C. Fields’ very strange Olympic film Million Dollar Legs (March 3 – 4). You can see the only two really good Mae West movies, She Done Him Wrong and I’m No Angel, but not on the same night. 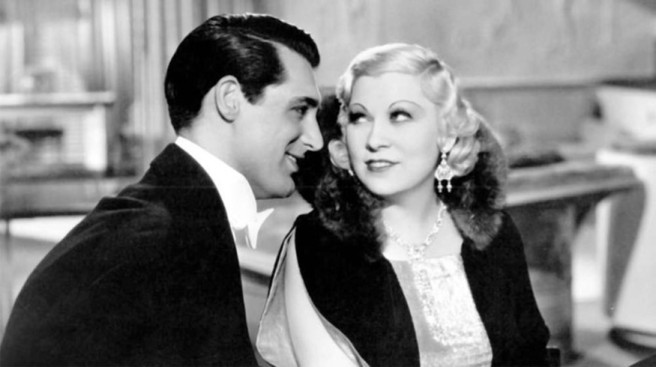 If you prefer romance to comedy, there’s a Josef von Sternberg/Marlene Dietrich double bill March 29 and 30. And if you’re looking for thrills, Island of Lost Souls and Murder at the Vanities play March 10 and 11.

Documenting Vietnam (February 28–April 29, 2018): Seven docs about the war that made us distrust our government, ranging from 1969’s In the Year of the Pig
(made while the war was still raging), to 2003’s The Fog of War.

Bergman 100: The Silence of God (March 1–May 9, 2018): The PFA continues its Inmar Bergman megaseries with films where the great filmmaker battles with his religious upbringing. This contains such classics as The Seventh Seal, Through a Glass Darkly, and Fanny and Alexander.

African Film Festival 2018 (March 8–May 6, 2018): Five features and two selections of shorts. Most of the films are relatively new, and I’m not familiar with any of them. Perhaps I’ll be able to fix that.

Along with the usual selection of new, old, and rare movies, the Roxie will host The Dark Side of the Dream, a short festival screening classics that focus on the American Dream’s less positive results. The films include The Naked Kiss, Heroes For Sale, and A Face In the Crowd. I’ll write more about this festival soon. 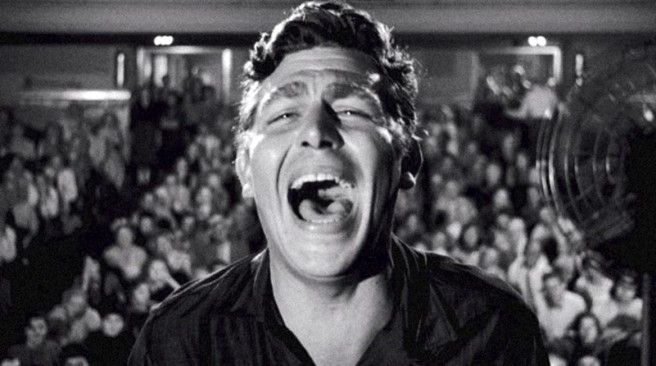 A Face In the Crowd

But it offers some tantalizing offerings of older films on the giant screen.

On March 22, they’re bringing the Coen Brothers and Akira Kurosawa together again (or more likely for the first time) in a noirish double bill of Raising Arizona and High and Low.

If you’re a fan of Ryan O’Neal, on March 25 you can catch Paper Moon and Barry Lyndon.

For European thrills, Bob Le Flambeur and Rififi will screen on March 28.

And on March 29, Mulholland Drive will double bill with Play It As It Lays.

And some of the new films on the schedule will be double-billed with older fair. On March 7, Three Billboards Outside Ebbing, Missouri will play with the fine gangster film, In Bruges. And on March 15, Faces Places will run on the same bill as Playtime (unfortunately, not in 70mm).