Warren Beatty, Eddie Murphy, the Marx Brothers, and some great musicians (but no film festivals) in this week’s Bay Area screenings.

Warren Beatty returns to the director’s chair for the first time this century, wringing laughs out of billionaire recluse Howard Hughes. Alden Ehrenreich and Lily Collins play the young couple with a bumpy path to love. Well-made entertainment, set in the Hollywood of the 1950s and early 60s, and managing to poke some fun with puritan ethics and the extremes of capitalism. Read my full review.

Not all films are feature length. These short comedies, dramas, documentaries, and visual poems–all from Bay Area filmmakers–look at garbage, nature, love, technology, crime, and dogs.

it’s been a third of a century since I’ve seen John Landis’ comedy about race and class. Two filthy-rich and utterly evil brothers, on a bet, ruin the life of an up-and-coming executive (Dan Aykroyd) and replace him with a homeless huckster (Eddie Murphy). I remember liking it when I saw it. The opening show of the Balboa’s Christmas-themed December Classics series. 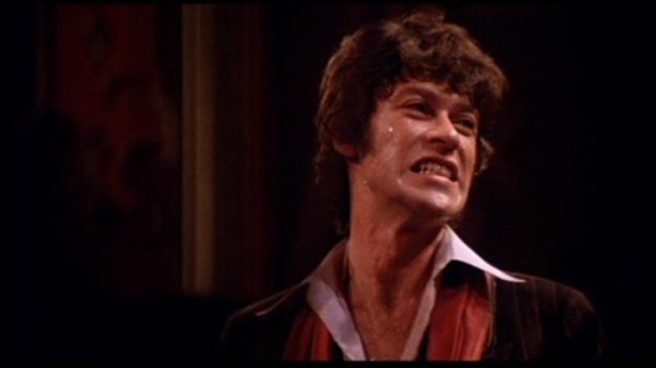 The Band played their final concert on Thanksgiving night, 1976. Among their performing guests were Bob Dylan, Eric Clapton, Muddy Waters, and Joni Mitchell. Martin Scorsese brought a crew of talented filmmakers to record the show, and created the greatest rock concert movie ever made. Scorsese and company ignored the audience and focused on the musicians, creating an intimate look at great artists who understood that this was a once-in-a-lifetime event. Read my A+ appreciation.

The experience of seeing this independent feature is very much like waiting for a time bomb. You watch Oscar Grant (Michael B. Jordan) go through the last day of 2008, knowing that he will be fatally shot by a BART cop in the early hours of the new year. Writer/director Ryan Coogler wisely avoids turning Grant into a saint, but makes us care very much for him. The last moments of the film–not including some documentary footage and the closing credits–will break your heart. Read my longer report. The closing screening for the series Three Lives: Classics of Contemporary African American Cinema.

Minnie (Bel Powley in an amazing breakthrough performance) isn’t just any teenage girl. She’s an aspiring cartoonist with an irresponsible hippie mother in 1977 San Francisco–and she’s just lost her virginity to her mother’s boyfriend. The movie bursts with conflict, absurdities, and underground-comic-style animation as it captures San Francisco in the late 70s flawlessly (I know; i was there). But even better, it captures the rocky emotions of a young woman overwhelmed with hormones and not sure what to do with them.

The A goes
to Horse Feathers, where the Marx Brothers go to college and major in puns, pranks, and chasing Thelma Todd. Each brother gets to perform their own version of the same romantic song–each sillier than the last. See my Blu-ray review. Follow the Fleet gives us Fred Astaire as sailor on shore leave teaming up with Ginger Rogers. The Irving Berlin songs include “We Saw the Sea,” “I’m Putting All My Eggs in One Basket,” and the transcendent “Let’s Face the Music and Dance.” I give it a B+.

This 1948 Technicolor fable about sacrificing oneself for art makes a slight story. Luckily, the characters, all fanatically devoted to their work, and all very British, make up for it—at least in the first half. Unfortunately, the final hour weighs down with more melodrama than even a well-acted film can bear. On the other hand—and this is why The Red Shoes holds on to its classic status—the 20-minute ballet sequence is a masterpiece of filmed dance and a great example of three-strip Technicolor at its best. I’ve discussed The Red Shoes in more detail. Part of the series Arrows of Desire: the Films of Powell & Pressburger.