Well, I thought I was going to ignore SFFilm on Thursday, but that didn’t happen. Over the last two days, I watched three films and followed a discussion about one of my favorite films of the festival. 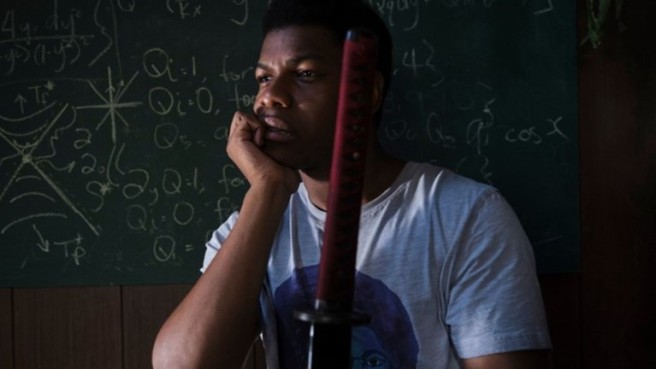 You need to suspend a lot of disbelief to enjoy this movie, but it’s worth it. At least It starts realistically. A compassionate public defender (John Boyega) fights against a cruel and racist legal system. Then, for ridiculous reasons, he and two friends get involved in a dangerous drug heist involving some very scary people. Yes, it’s three smart people doing really stupid things. But for the most part, it’s an entertaining crime thriller.

Naked Singularity is no longer available through the festival. But it will almost certainly be in theaters (real or virtual) soon enough.

B- Ma Belle, My Beauty

You’d expect something interesting with American newlyweds in a beautiful home in Southern France. At least, you’d expect this handsome pair to be happy. But the bride pines for her female lover, who soon turns up. And another woman comes along, too. Meanwhile, the husband (a well-known musician), doesn’t seem interested in sex at all. The location is pleasant, and so is the sex, but the characters are less defined than they should have been.

Like most of the films in the festival, Ma Belle, My Beauty is streaming until Sunday night.

This totally ridiculous fantasy, set in the year 2035, provides a few laughs and a little mystery early on. But as the movie goes, the story gets weirder and weirder, and not in a good way. There’s some sort of message about advertising, but the film tries to beat that theme into your head. By the second half, you’ll be checking your watch every five minutes, hoping the movie will soon be over.

If, for some reason, you want to see this movie, you can stream it through the festival until Sunday night.

The Making of “Cryptozoo” with Dash Shaw

The animated feature Cryptozoo was one of the first films I saw when previewing this year’s SFFilm Festival. It’s also one of my favorites.

This beautiful, animated feature about people trying to save mythological creatures is not for children. Set in the 1960s, poachers hunt for rare and magical animals. Meanwhile, the Pentagon wants to turn these beasts into weapons. A handful of heroes attempt to bring them to a special zoo, where they might be saved…but they’ll also be imprisoned. The hand-drawn animation is not Disney-standard but strikingly dramatic. The film contains sex and some very grisly violence.

Here are some highlights of the discussion, edited for brevity and clarity: