The great Swedish actor Max von Sydow died a year ago today (Monday) – soon before the theaters closed. Now, the Berkeley Art Museum/Pacific Film Archive, along with the California Film Institute, celebrate his life and career in a six-film series titled Max von Sydow: The Best Stradivarius. The series will be available from March 5 to April 30. 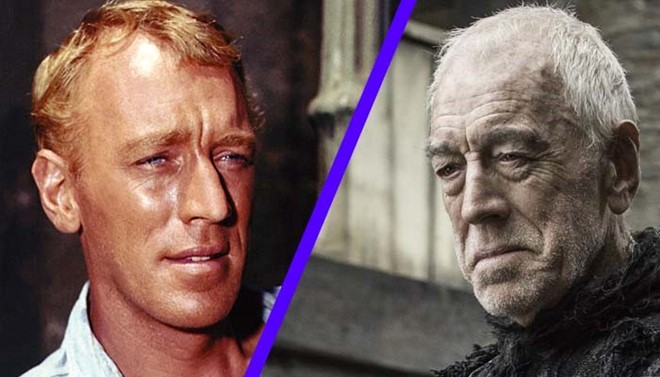 Four of the six films will be supplemented with Livestream discussions. Unlike the movies, which you can stream at any time, these happen at scheduled times and dates. Liv Ullmann will take part on the discussion for The Passion of Anna on Friday, April 23, at 11:00am.

When cinephiles hear “von Sydow,” they probably think Ingmar Bergman. So, it’s not surprising that four out of the six films in the series were directed by the Swedish genius. The two exceptions are The Emigrants and Pelle the Conqueror. I haven’t seen either of these, but I know that The Emigrants had a sequel called The New Land, which isn’t in this series.

The Bergman films in the series are The Magician, the above-mentioned Passion of Anna, Hour of the Wolf, and, of course, The Seventh Seal. And now, I must bow my head in shame. I have only seen one of these six films, and that one is The Seventh Seal. Here’s what I have to say about it:

A knight returning from the Crusades (von Sydow) plays chess with Death – hoping to live a little longer while the plague ravages the countryside. But while the knight ponders God’s silence, his life-embracing squire (Gunnar Björnstrand) reminds us what it really means to be fully alive. He’s not the only one. A married couple of travelling performers find a simple happiness (Nils Poppe and Bibi Andersson). Filled with wonderful characters, religious allegory, and sly humor, The Seventh Seal bursts with a love of humanity and a fear for our place in the universe. I give the film an A.

Of course, these six films are a tiny bit of von Sydow’s cinematic work. According to the Internet Movie Database, his 69-year-old movie career includes 166 credits. Not all of his films were serious, deep, depressing, Scandinavian dramas about the non-existence of God. In the 1960s, he starred in two big American roadshow pictures: Hawaii and The Greatest Story Ever Told. The first has been deservedly forgotten; the second is remembered as one of Hollywood’s biggest stinkers. 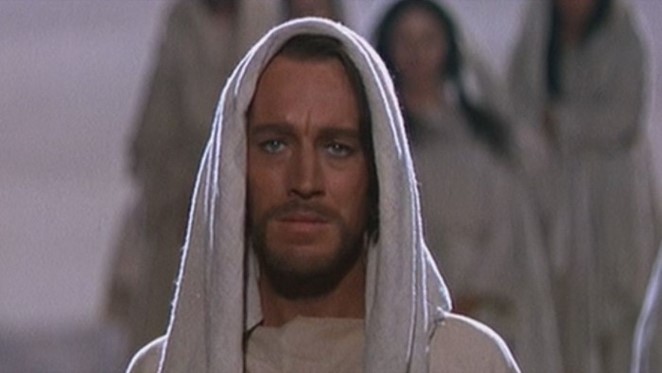 One of the worst Bible movies: The Greatest Story Ever Told

von Sydow did his bit on The Simpsons. He put on yellow face for Flash Gordon. He gave his voice to Lego Star Wars: The Force Awakens. He also graced some very good non-Swedish films, including The Exorcist, Hannah and Her Sisters, and The Diving Bell and the Butterfly.

You can buy a streaming package of all six films and all four discussions for $60 ($45 if you’re a BAMPFA member). Single tickets are $15, or $12 for members.

In yellow face in Flash Gordon