The concert documentary didn’t start with Woodstock, Gimme Shelter, or even Monterey Pop. In fact, it

didn’t even start with rock ‘n’ roll. But it just may have started with Jazz on a Summer’s Day. Shot in and around the 1958 Newport Jazz Festival, and released a year later, it’s one of the best of its kind.

First, there’s the line-up. The performers include Louis Armstrong, Thelonious Monk, Anita O’Day, Chico Hamilton, Mahalia Jackson, and even a little upstart named Chuck Berry. You know it’s the best of the best when Duke Ellington, Miles Davis, and Benny Goodman were left on the cutting room floor.

In 1958, it was a strange day and place for that sort of event. The locals were extremely rich – and white. Many came not for the music but for the America’s Cup Yacht races happening that weekend. Director Bert Stern included shots of the yachts, sometimes turning the boats and waves into an impressionistic visual to support the music.

Early on, Thelonious Monk and his trio were just tremendous. I never was a big fan of Anita O’Day, but watching as well as listening to her gave me new insight. She’s funny (intentionally so) while she sings at an amazing speed and duels with the band. Her hat screams 1950s! 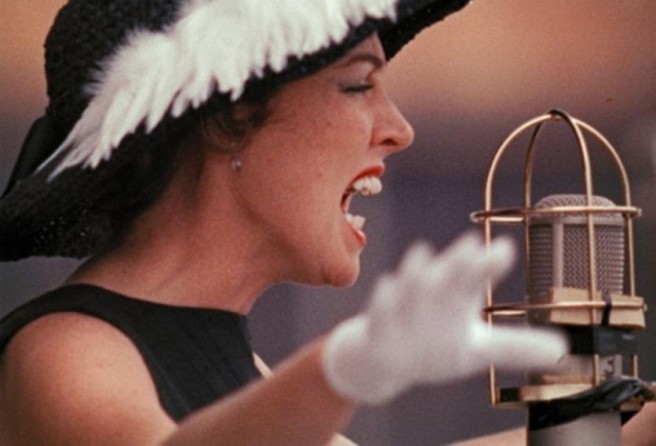 Rock was becoming an important musical form, and the Festival welcomed it with Big Maybelle and Chuck Berry. It’s kind of funny, and thrilling, to watch Berry perform in front of a group of confused jazz musicians trying to back him up.

Most concert documentaries keep the cameras on the performers, but Summer’s Day often turns much of its focus on the audience, who are clearly having a great time. The only concert movies I can think of that focus so much on the audience are Woodstock, where the crowd thought they were creating utopia, and Gimme Shelter, which showed that utopia was a long way off. But in Newport 1958, everyone just seems to be having fun. Many danced ecstatically, and even those sitting in the folding chairs seemed delighted. 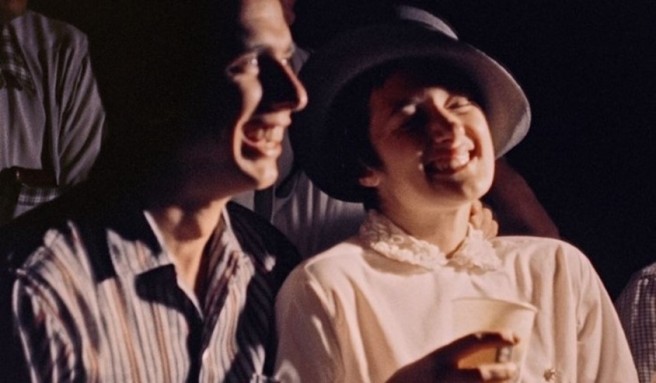 The audience was racially mixed, but mostly white. For 1958, in a small town filled with rich people, this was about as far as integration came. We also get scenes of a Dixieland band traveling through the town and young people dancing in some seemingly dangerous places.

Not surprisingly, Louis Armstrong gave a great performance in the penultimate act. I never quite figured out how that gravely voice could sound so smooth. When he put his lips to his trumpet, it was like velvet coming out of the horn.

Who can follow Louis Armstrong? Only the queen of Gospel, Mahalia Jackson. She closed the concert, or at least the film, with the Lord’s Prayer.

The documentary was shot in 35mm – a rare choice for a concert movie even a decade later. The film has recently received a 4K restoration by IndieCollect. It looks excellent. There’s some film grain, but that’s part of the image.

Strangely, the picture is pillarboxed to 1.33×1 (it’s also listed that way at the IMDB). By the late 1950s, 35mm non-scope films were composed to be cropped vertically to the wider 1.85×1 shape.

For instance, here’s how the title card looks on the disc and presumably how Bert Stern wanted it to look. Note the emptiness at the bottom.

Here’s how it probably looked in 1959 movie theaters: 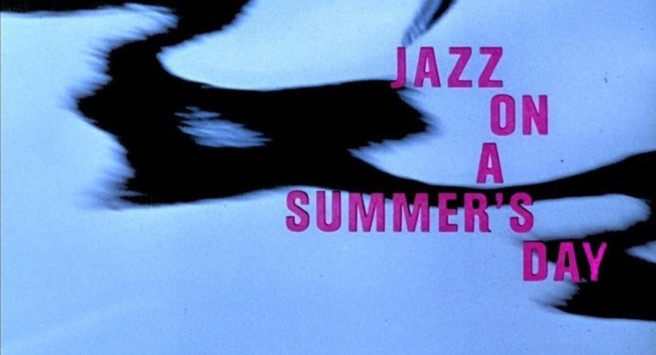 The lossless DTS-HD Master Audio sounds crisp and makes you want to dance.

But I wonder why the soundtrack, originally only in mono, is presented here in two-track stereo. If Kino wanted to improve on the original mono sound, why not go all the way to 5.1 surround?

You can buy this Blu-ray through various online stores. Or, if you’re not into shiny discs, you can stream the movie.