Take a look at the Alameda website. It’s sure proof that movie theaters are slowly, tentatively, opening up – mostly following the CinemaSafe guidelines. You must decide for yourself whether doing so is safe. I’m still skeptical, but I’ll continue listing films playing in theaters.

This week you can talk to other cinephiles about The Manchurian Candidate and The Diving Bell and the Butterfly. Or see movies by Milos Forman, F.W. Murnau, George Lucas, and others. And two virtual festivals open up.

The Event: Watch the movie before Saturday afternoon. Then join the 3:00 discussion via Zoom.
The movie: Bad dreams keep bothering Korean War veterans Lawrence Harvey and Frank Sinatra. Were they brainwashed by Communists? And where do the rabid anti-Communists fit in? Easily the best political thriller to come out of the cold war, The Manchurian Candidate finds villains on both political extremes. As the nominal hero, Sinatra proves he really was an actor, but Angela Lansbury steals the film as cinema’s most evil mother – a woman of outsized beliefs and a burning hatred of anyone who disagrees with her. Read my latest Blu-ray review.

The event: First you watch the movie on your own time. Then film scholar Harry Chotiner will lead a discussion on the film. An $80 e-ticket gives you access to four such discussions over four weeks.
The film: A successful magazine editor in the prime of life (Mathieu Amalric) suffers a stroke and wakes up with a full mind inside of an almost entirely useless body. Only by blinking can he communicate with the outside world, yet his determination drives him to write a book about his experiences. The film works best in the first half, where you see everything from his limited point of view.

Ken Kesey’s novel offered a perfect opportunity for Milos Forman to explore his favorite topics: totalitarianism and rebellion. What’s Nurse Rachet’s insane asylum ward except a dictatorship in miniature? While the movie belongs to Jack Nicholson (one of many of the film’s Oscar winners), the entire cast is letter perfect. In fact, supporting players like Danny De Vito and Christopher Lloyd hardly seem the unknowns they were in 1975.

Forget about sexy vampires; the first film version of Dracula doesn’t have one. In this unauthorized rip-off that got the filmmakers into legal trouble, Max Schreck plays Count “Orlok” as a reptilian predator in vaguely human form. This 1922 silent isn’t the scariest monster movie ever made, but it just might be the creepiest. Not to be confused with Werner Herzog’s 1979 remake. Read my Blu-ray review. With a musical score by Brown Whornet that I haven’t yet heard. 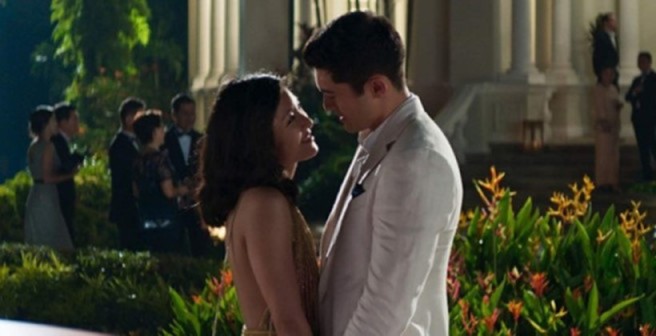 The setup suggests a ’30s or ’40s screwball comedy: When the boy brings his girlfriend home, she discovers his family is filthy rich and his mother doesn’t approve of the match. But the comedy never reaches the madcap intensity of screwball. In fact, if you’re only looking for laughs, Crazy Rich Asians will disappoint you. The film’s pleasures come from the likable characters; especially the super-smart heroine (Constance Wu) who must overcome the formidable and snobbish mother (the great Michelle Yeoh).

A long time ago, in a Bay Area that feels very far away, George Lucas made an entertaining (and extremely profitable) comedy without a body count, a big budget, or special effects. Talk about nostalgia. You can also talk about old-time rock ‘n’ roll. American Graffiti makes great use of early 60s music in one of the most effective and creative sound mixes of the ’70s.