The hardtop theaters in the Bay Area are still closed, but the drive-ins are open (I didn’t even realize they still existed). But at home you can see freedom fighters Ai Weiwei, John Lewis, and Mad Max, along with Catherine Deneuve and Ethan Hawke playing actors. We’ve also got polar bears and dinosaurs.

The people running the Roxie want to know what you think about opening the physical theater sometime in the future. Let them know your thoughts on their survey. And of course, you can donate to this nonprofit theater.

A- Popcorn PopUp/ Stay at Home Movie: Ella Fitzgerald Just One of Those Things
(2019), Balboa, Saturday

From 4:00 to 7:00, you can buy popcorn, beer, and other snacks in front of the theater (masks and social distancing required, of course). At home, you start watching the movie at 7:30 while using the Balboa’s Chat Room to discuss the movie. A capsule review of the film is below.

This documentary, with its interviews with prisoners of conscience and their families, will leave you feeling guilty – and that’s a good thing. It’s not really about the Chinese artist and political agitator Ai Weiwei, but about the many peaceful dissidents imprisoned around the world. Much of the film concerns co-director Cheryl Haines’ 2014 collaboration with Weiwei to create an artistic installation on Alcatraz island about political prisoners. Weiwei couldn’t be there; he was not allowed out of China at that time. By the way, Weiwei now lives in the west and made the excellent but overlooked documentary Human Flow. 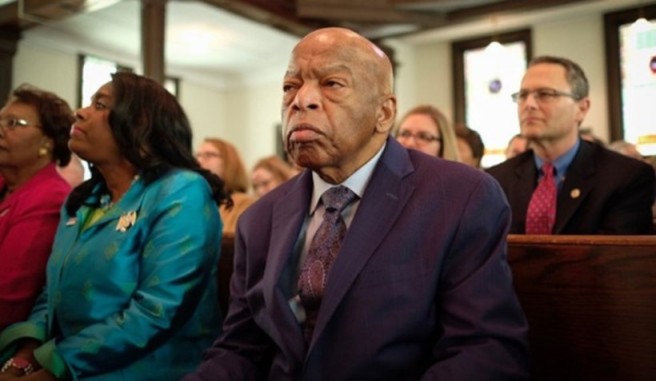 It’s easy to worship John Lewis, the former civil rights hero turned senior congressman. He claims that he was arrested 40 times during the civil rights era, and five times more since he’s been in Congress. With Lewis narrating, we learn about the lunch counter protests, the Freedom Riders, the March on Washington, the church bombing in Birmingham, and so on. He’s a real hero, but the documentary makes him too good to be true. Read my full review.

B- The Truth, not available through theaters, but can be streamed at Amazon, Youtube, Google Play, Apple, and Vudu; available Friday 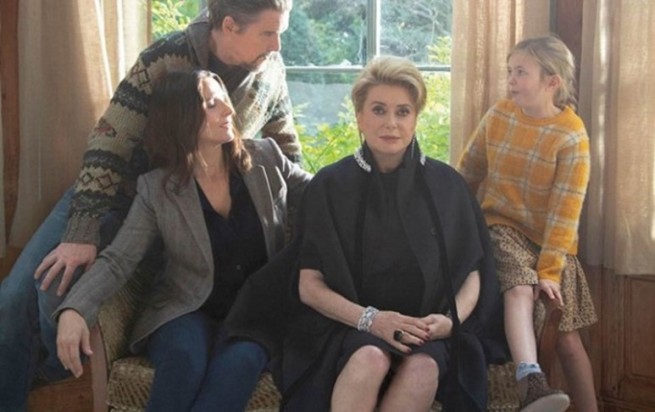 Hirokazu Koreeda’s follow-up to Shoplifters is nowhere near as interesting. The Truth isn’t a bad movie. My problem with it is that I’ve seen too many movies like it – and most of them were better. True, I found myself caring for the characters, but let’s face it, the problems of an aging narcissistic movie star aren’t as compelling as that of a family of shoplifters. Catherine Deneuve, Juliette Binoche and Ethan Hawke all give fine performances. Read my full review.

You have to understand three things about this movie: 1) It’s basically two long motor vehicle chases broken up with short bits of dialog. 2) It’s surprisingly feminist for this sort of movie; the plot involves a woman warrior rescuing a tyrant’s enslaved harem. 3) The title character is basically a sidekick, although we see the story through his eyes. The movie is filled with crashes, weapons, hand-to-hand combat, acts of courage, close calls, and fatal errors. It’s fast, brutal, and for the most part very well-choreographed.

The event: Corica Park, generally a golf course, will turn into a drive-in theater for this Independence Day event, which will also include fireworks…I think they’re on the screen.
The movie: I remember 1993’s biggest hit as a moderately entertaining fantasy thriller with what at the time were cutting-edge special effects. Beyond being a major step in CGI, I don’t remember anything exceptional about this movie. If I remembered it well enough to grade it, that grade would probably be a B-.

B- The End of the Ottoman Empire (2016), BAMPFA, available Wednesday

This isn’t really a movie; it’s a two-part French TV documentary. As historical documentaries go, it’s not bad; unexceptional for PBS but way better than the History Channel. Little thought seems to be given to making a good English-speaking version. For instance, when a British or American historian is talking to the camera, their English words are drowned out by the verbal French translation, which has English subtitles that don’t match what we can hear of the spoken English. But it’s an important piece of history, and one that’s made a mess of the world we live in.

Amos Nachoum, a veteran of Israel’s Yom Kippur war, turned his PTSD into something incredible, magical, and insanely dangerous. As an underwater wildlife photographer, Nachoum photographs sharks, sea lions, and other giant predators of the deep, often very, very close (you should check out his photography). This documentary by Dani Menkin and Yonatan Nir follows him as he sets out to do something no one else has ever done; photograph a swimming polar bear from inside the water. For more information, see my SF Jewish Film Festival report.

Ella Fitzgerald was all about the sound. Heavy set, she wasn’t conventionally beautiful. She couldn’t be successful at her childhood ambition as a dancer. But when she sang, everyone listened. This documentary isn’t entirely about the music. It’s also about being a black woman in most of the 20th century. Even when she was rich and famous, she was still locked out of clubs. Fitzgerald herself avoided discussing race issues publicly until the Civil Rights era. Read my full review.