About halfway through this documentary about the great singer, it occurred to me that it has very little performance footage. Seldom do you actually see her moving while she sings. Far more often, especially in the first half of the film, director Leslie Woodhead shows photos of Fitzgerald singing while we hear her incredible voice.

That’s appropriate. Ella Fitzgerald was all about the sound. Heavy set, she wasn’t conventionally beautiful. She couldn’t be successful at her childhood ambition as a dancer. But when she sang, everyone listened.

Music, and especially her voice, covers most of the film’s soundtrack. While no song plays from beginning to end, many play long enough to hear her special take on it.

But this documentary isn’t entirely about the music. Director Woodhead has also made a document about being a black woman in most of the 20th century. Even when she had been rich and famous for decades, she was not allowed at certain clubs. Fitzgerald herself avoided discussing race issues publicly until the Civil Rights era, and even then, TV censors kept her words out.

But television brought her into almost everyone’s living rooms. It also gave the filmmakers more sources. Unlike the first half of the documentary, film and video clips fill in much of the second half.

In many ways, this is a conventional, biographical documentary. The visuals contain news footage, photos, a little bit of animation, and a lot of new interviews with such musical experts as Tony Bennett, Smokey Robinson, and Itzhak Perlman.

And then there’s Ray Brown Jr., Fitzgerald’s only child. A baby boomer who grew up in a home filled with jazz greats, he admits going into his room and cranking up The Who.

Fitzgerald was born into poverty. Her mother died when Ella was only 15. Within a few years, she was singing for bandleader Chick Webb. Soon she was famous. As jazz changed, so did Fitzgerald. Bebop and scat singing became a part of her repertoire. (In a filmed performance near the end of the documentary and late in her life, she jokes that she’s learning rap.) 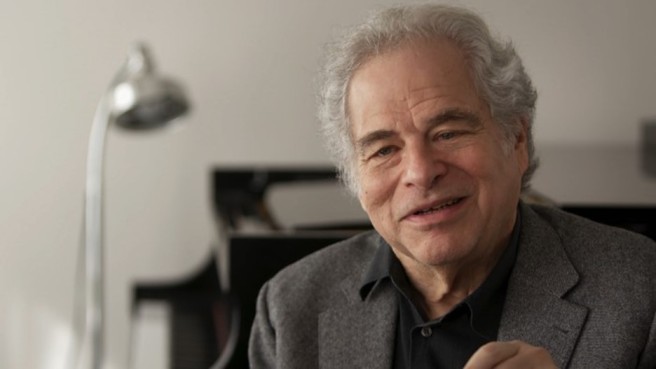 Director Woodhead makes a great deal about the so-called Great American Songbook – the songs of Irving Berlin, Cole Porter, and so on. In one montage of her singing their songs, I couldn’t help noticing that the filmmakers chose mostly songs written for Astaire and Rogers movies. But I also couldn’t help noticing that Fitzgerald sang them better than Astaire and Rogers.

The documentary shows us the life of a woman who suffered much but found exceptional joy in her work. Rare for a jazz star, she avoided drugs entirely, to the point of putting a coat over her head while others smoked pot. Music was more than her profession; it was her life.

Warning: After seeing this film, you will want to listen to every Ella Fitzgerald song ever recorded.

Ella Fitzgerald: Just One of Those Things is available via virtual cinema through the Balboa, Cerrito, Elmwood, Rafael, or the Roxie. 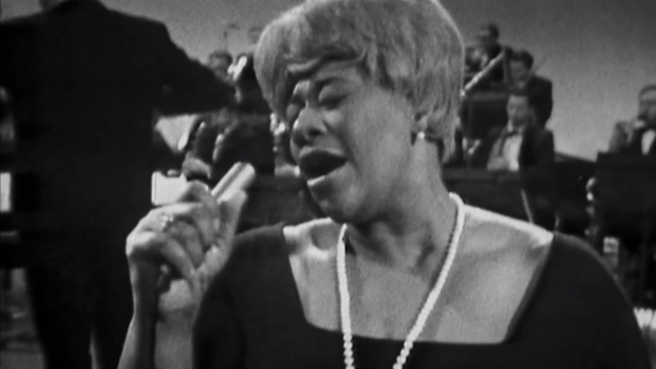