Thursday evening, the San Francisco Jewish Film Festival spread out to the East Bay, screening films at the Albany Twin. This makes my commute much easier. The festival is still going on at the Castro through Sunday.

Here are the first two films I’ve seen so far at the Albany. Both are about photography, but in very different ways.

Picture of His Life 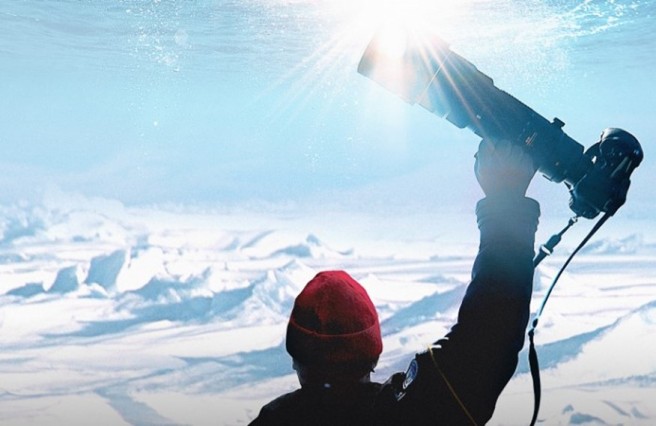 Amos Nachoum, a veteran of Israel’s Yom Kippur war, turned his PTSD into something incredible, magical, and insanely dangerous. As an underwater wildlife photographer, Nachoum photographs sharks, sea lions, and other giant predators of the deep, often very, very close (you should check out his photography). This documentary by Dani Menkin and Yonatan Nir follows him as he sets out to do something no one else has ever done: photograph a swimming Polar bear from inside the water. The film follows the complex planning of the mission and brings us close to Nachoum and his team. Watching this movie gives you an idea about how this man, who must be well into his 60s, still goes to remote places, dons scuba gear, takes a big camera, and goes into dangerous places.

I give this documentary an A.

What makes this a Jewish film? The subject, Amos Nachoum, is not only Jewish, but an Israeli war veteran. 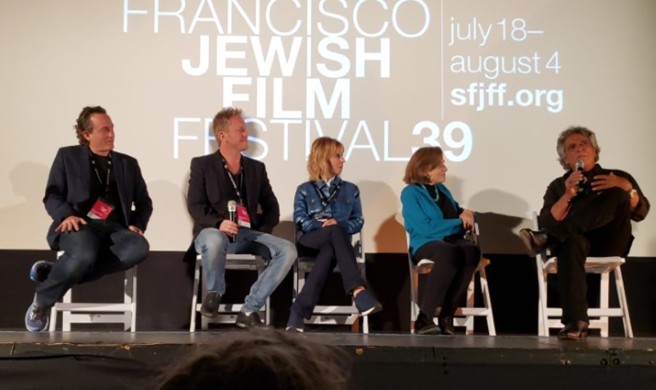 You have two more chances to see Picture of His Life at this festival:

Documentarians can sometimes be too close to their subjects. About the time Alyssa Bolsey was entering film school, she discovered that her great-grandfather, Jacques Bolsey, designed and invented the Bolex, a Swiss-made, exceptionally versatile 16mm movie camera that was popular for decades. So in this movie, she tells his story. But she puts herself in the movie way too much, to the point of describing a dream. But there are plenty of wonderful moments for historical film tech geeks like me. My favorite: Barbara Hammer showing all the wonderful ways that this small and light camera could be handheld. Also, clips from now-famous filmmakers, including Wim Wender and Steven Spielberg, in their early work with this camera.

Bay Area silent film fans will enjoy a shot of the Niles Essanay Silent Film Museum and some interviews with the Museum’s David Kiehn.

I give this documentary a B.

How is this a Jewish film? Jacques Bolsey was a European Jew who made it to America just in time, but lost family members in the Holocaust.

There was a post-screening Q&A with Alyssa Bolsey and cinematographer Pietro Zuercher. These highlights are edited for brevity and clarity.

You have one more chance to see this film, but you better move quickly. It plays at the Castro, today (Saturday, July 27), at 12:55 in the afternoon.