Like a lot of closed Bay Area movie theaters, the New Mission offers virtual cinema: You buy an e-ticket at the theater’s website, you stream the film at home, and the theater gets a little money. Most of the available movies are new pictures that would be properly screening at local theaters if these were normal times.

But the New Mission is offering more than a few new movies. They’re offering a massive collection of cult movies, horror flicks, music documentaries, and just plain weird stuff (along with some respectable works of art). 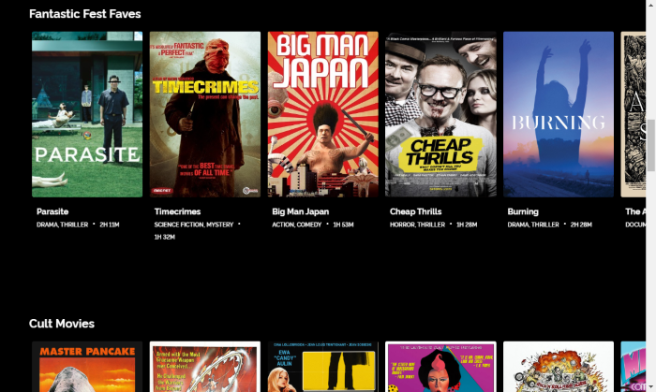 A portion of the “Alamo On Demand” page

The New Mission is one theater in the Alamo Drafthouse Cinema chain, and unless you’re going to the Mission to buy a take-out meal, you’re paying to the company; not the individual theater.

If you go to the Alamo On Demand page, you’ll be amazed how many movies are available, mostly at low prices. After you get passed Staff Picks and New Releases, you’ll find such categories as Fantastic Fest Faves, Comedy, Terror Tuesday, and the Klown TV Series.

I can’t tell you how many films they offer. They have ten categories, and at least one contains almost 70 titles. There are so many weird flicks here that it seems redundant to have a Cult Movies section (which it has).

Parasite: One of the best-known films available

Even the Fantastic Fest Faves section doesn’t seem to contain much of what we think of as festival films. True, it starts with the recent surprise Oscar winner Parasite. But the 68 other films in that one category (if my count is correct) appear to be weird exploitation flicks.

Parasite isn’t the only good movie in the collection. Among the ones I’ve seen and liked are Rock ‘n’ Roll High School, The Stunt Man, The Harder They Come and at least three different episodes of The Found Footage Festival. They even have documentaries like RGB (my review) and Hail Satan? (another review). 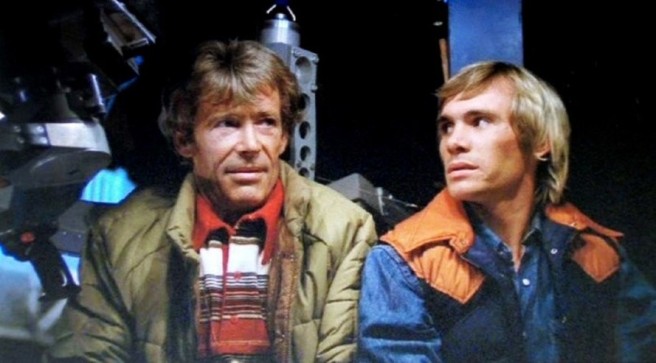 The Stunt Man: A little-known cult film worth catching

You can rent or buy the movies, often at very good prices. For instance, you can rent Parasite for $4. You can buy the movie for $10. When you buy a streaming movie, that means you have the right to stream it over and over again until…well, probably until some company says otherwise.

Of course, you’ll have to create an account with your credit card number and a password. And like the alternative streaming services I discussed last week, Alamo doesn’t seem concerned about getting the movies from the Internet to your television. They have a technical Help page that explains how to watch a movie on a computer, tablet, or smartphone, but never uses the words television or TV. At the very end, it references Chromecast, without telling you what it does. For real instructions, check out my article.