From Spaceship Earth to the sounds of New Orleans, where a great Crescendo brings us to the Sword of God and makes us feel like a Band of Outsiders. But all we want to do is watch movies, and if we can’t see them in a theater, we can at least watch at home while helping the palaces of cinema. 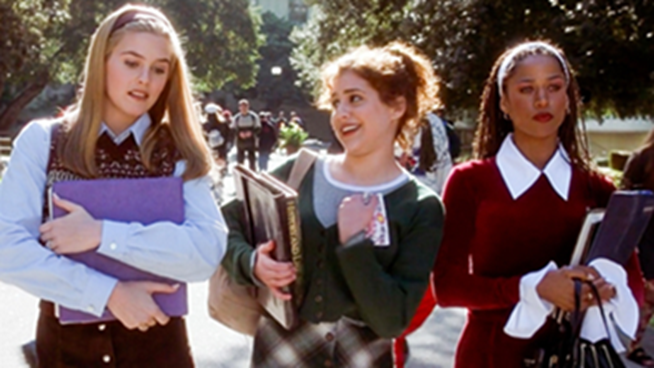 The Event: Go to the Balboa to buy popcorn and beer – wearing a mask, of course – and practicing social distancing. Then you go home, stream the movie, and chat online.
The Movie: Loosely adapted from Jane Austen’s Emma, this coming-of-age comedy follows a rich, well-meaning, but superficial teenage girl (Alicia Silverstone) as she tries to fix other people’s problems as well as her own. Sweet and funny, it looks at adolescent foibles with a sympathetic eye, rarely judging youthful behavior. With a surprisingly young Paul Rudd as the great guy she can’t recognize.

A Up From the Streets: New Orleans: The City of Music (2019), Balboa, Rafael, Vogue, opens Friday 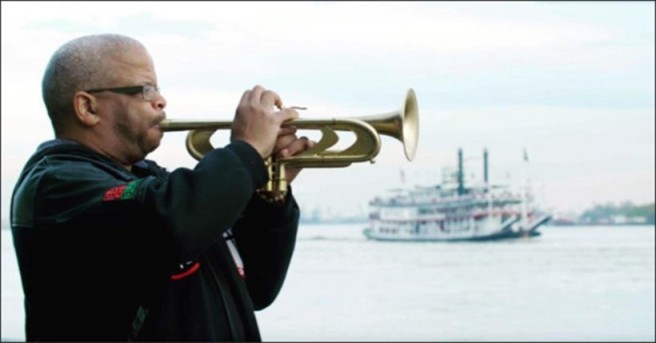 Most musical documentaries get the balance off. They tell you about these brilliant artists, but they rarely give you a chance to enjoy the music. But this one gets the balance right. There’s music almost throughout, all of it is great. True, only a few songs are played from beginning to end, but they’re the right songs. And if filmmaker Michael Murphy couldn’t find the time to play a song completely, he picks the best moment in that song. You can almost dance from beginning to end. The film also provides an interesting history of American popular music. Read my full review. 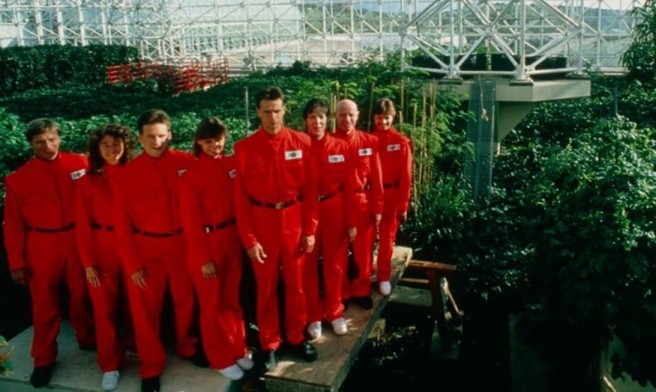 In 1991, eight adventurers with a scientific sense went into a large biosphere to live completely enclosed for two years, recycling their own oxygen and water while growing their own food. It didn’t work entirely as it was supposed to, and some cheating was involved. But the worst cheating, unsurprisingly, came from the money men. This interesting but unexceptional documentary covers the entire adventure, from long before the concept came to be up until the present.

The first non-English film to win Best Picture is a hilariously cruel comedy thriller about the haves and the have nots. A young man in a desperately poor family fakes his education so he can tutor the daughter of a very rich couple. Soon his sister, father, and mother are working there as well, without their employers knowing they’re related. Filmmaker Bong Joon Ho makes us laugh and cheer as these con artists wheedle themselves into this wealthy family. But in the second half, comedy turns slowly to horror. Rarely do you find a more entertaining critique of the class system. But which family is the parasite? 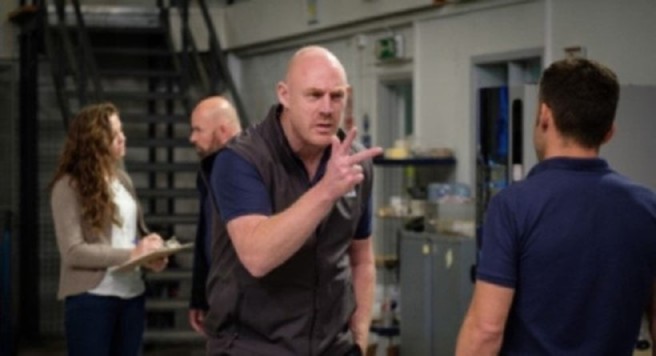 Imagine a food that you absolutely hate, but you eat it anyway because it’s good for you. That’s the experience of seeing Ken Loach’s grim but necessary attack on the gig economy. A man struggles to make money delivering packages. In theory, he’s an independent contractor, but he’s much worse off than an employee. His wife, a nurse, is also in the gig economy. Neither of them has time to take care of their children. With almost no happy moments, Sorry We Missed You is like an empathy bomb, forcing you to care for the working poor. Read my full review. 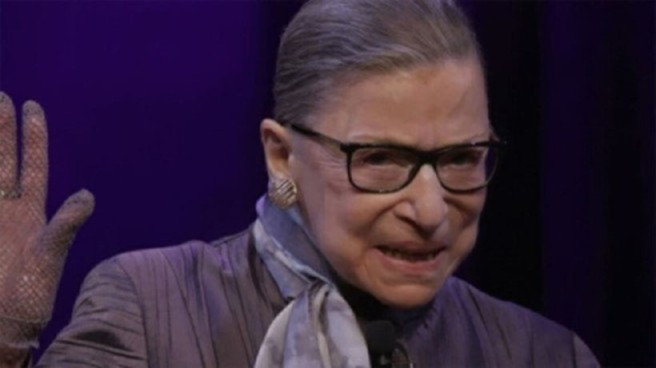 There’s nothing objective about this documentary on Ruth Bader Ginsburg. The filmmakers clearly believe that the Supreme Court’s progressive hero is a rock star, a superhero, and a major bulwark protecting American democracy. I believe that, too. But I didn’t know until I saw this film that young women not only see Ginsburg as a role model but tattoo her likeness on their bodies. An entertaining and enlightening film about someone I’m afraid to lose. Read my full review. 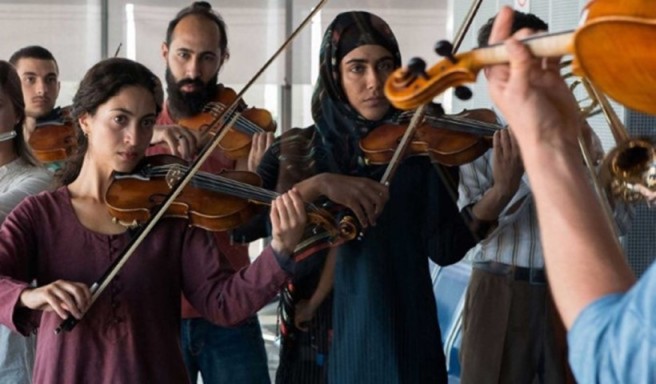 The film’s opening sets you up for an Israeli/Palestinian version of Romeo and Juliet, but the real focus goes not to the star-crossed lovers, but to the youth orchestra in which they belong. The whole point of this orchestra, aside from making music, is to bring together young people who have been raised to hate each other. That turns out to be a far more difficult chore than getting the young musicians to rehearse. To make the story more complicated, the maestro lives under the shadow of the horrible sins of his highly placed Nazi parents.

Ernesto is a young, handsome, and very committed government investigator trying to identify the bones of the many buried in mass graves. The military and guerilla fighters fought each other for decades in what can reasonably be called genocide. Not surprisingly, the indigenous people in their farming villages took the worst of it. While helping a widow trying to find her husband’s body, Ernesto finds a thread to his own missing father – a guerilla who disappeared before Ernesto could get to know him. Nuestras Madres is a very short, stripped-down feature; only 78 minutes long – but effective. Read my full review. 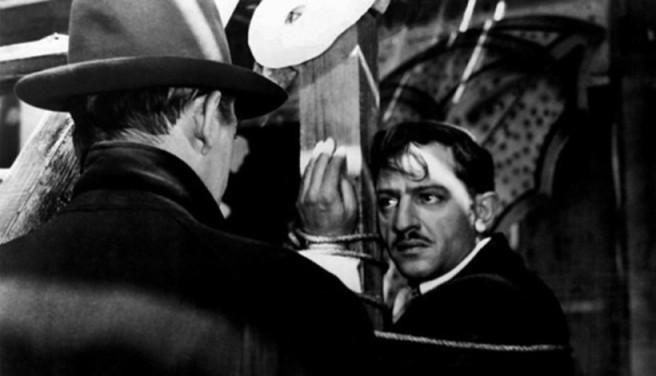 The best caper movie I’ve ever seen. Four Parisian criminals – including two loving husbands, one of whom is about to become a father – take on an exceptionally complex heist. Of course, having someone to love can be dangerous in this kind of work. The heist itself belongs in any list of great extended sequences: some 30 minutes with neither dialog nor music as the thieves go through their carefully choreographed crime. But even with the most competent professionals, things go wrong. 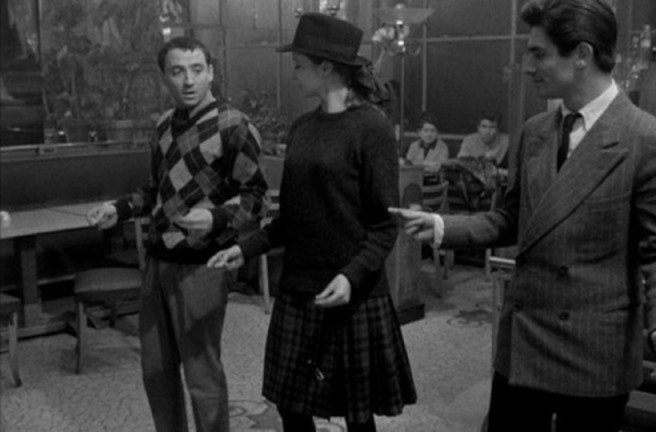 I don’t think this Jean-Luc Godard picture would work at all without Anna Karina. She’s not only beautiful, but she has a youthful innocence that overcomes her less-interesting two male co-stars (Sami Frey and Claude Brasseur). The film is at its best when they’re just fooling around with the energy of youth; the dance scene in the restaurant is a great moment in cinema. But we all know from the start that Band will eventually become a crime story, and here it’s that Godard turns it into another type of movie altogether. 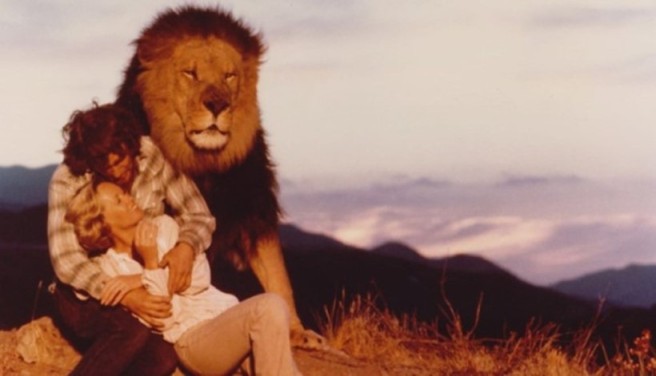 I never saw Roar, and I don’t really want to see it, but it has a cult following. It’s a people vs. animals adventure that got out of control during the shooting. The claim is that no animals were harmed making the movie, but we can’t say the same about cast and crew. But this particular version contains MST3K-style comedy commentary.