It’s a dirty, corrupt, and evil world, filled with lust for money, lust for power, and just plain old lust. And it just got dirtier on Wednesday, when the Criterion Channel opened up a collection of Columbia Noir. Yes, the lady with the torch is looking over the crime-filled streets.

The collection contains 26 movies from the dark side of Hollywood – from 1939 to 1962. These include:

Nicholas Ray critiqued masculinity in many of his films, but rarely as strongly as he does here. Early on, the movie feels like an exposé of Hollywood. Then it becomes a murder mystery. It ends up studying the worst of masculinity. Humphrey Bogart, in one of his best performances, plays a screenwriter who hasn’t had a hit in a decade. And his problems aren’t all professional. His violent temper makes any good relationship impossible. Charming and friendly, he will inevitably lash out physically at those he loves. Gloria Grahame plays the woman with the bad luck to fall in love with him. An amazing character study disguised as film noir. 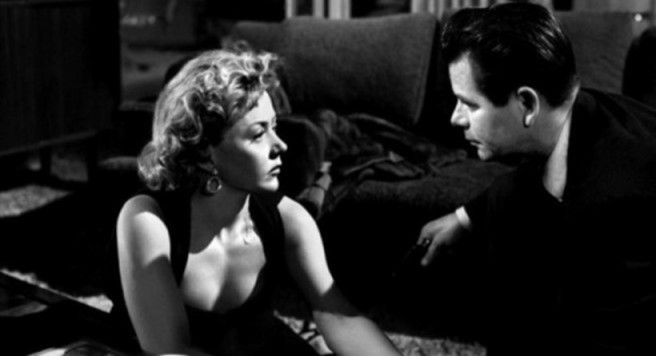 A cop commits suicide, and the first person the new widow calls is a mob boss. That’s no surprise, since the mob runs the unnamed city and the police do what they’re told – except for one honest detective assigned to the case (Glenn Ford in a strong performance). Soon he’s sticking his nose where it doesn’t belong. He’s fired, of course, but that doesn’t stop him. And getting fired isn’t the worst that will happen to him and other good people in this tale of thorough corruption. Gloria Grahame gives a great performance as the rebellious girlfriend of a violent thug (Lee Marvin). This just may be my favorite American Fritz Lang film.

Two police detectives, roommates and best friends, must find a killer while they both fall for the same beautiful woman. The film’s big shock (at least it was a shock in 1959) is that one of the two detectives is a Japanese American. As a murder mystery, Samuel Fuller’s racial message movie is dreadfully weak. As usual with Fuller, the message hits you with the subtlety of a sledgehammer. On the other hand, you can easily enjoy the snappy but unlikely dialog. Victoria Shaw, Glenn Corbett, and James Shigeta make up the triangle. 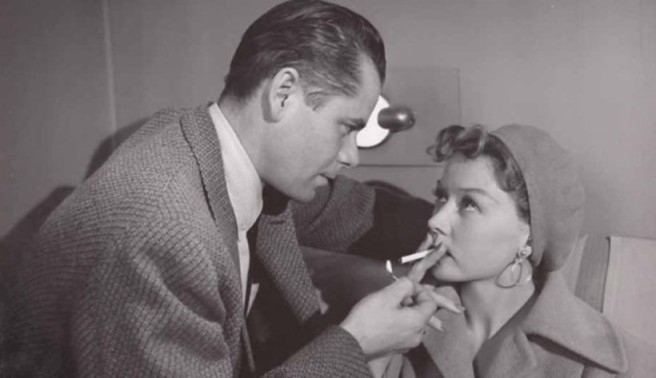 This one should have been a winner. It’s a noir directed by Fritz Lang, starring Glenn Ford and Gloria Grahame – the team that brought us The Big Heat! What’s more, it deals with the very real issue of spousal abuse. And to top it off, all the main male characters work for the railroad, and the movie appears to have a love affair with trains. And yet, with all those good points in its favor, it’s nowhere near as powerful as it should have been.

Not all noirs are great. Filled with clichés of the genre and very few surprises, Drive a Crooked Road won’t surprise or thrill anyone who has ever seen a movie. Former child star Andy Rooney plays a very good car mechanic who races as a hobby, and he’s just the man to be manipulated by criminals who need a get-away driver. Of course, there’s a femme fatale who can easily get under the skin of a short, homely guy who looks like Micky Rooney.

Other films in the collection include: