There’s a new Akira Kurosawa series going on at the Stanford. And starting next month, the BAMPFA will start a series on Zoetrope, also known as American Zoetrope, the company that Francis Coppola created more than 50 years ago.

What’s more, Kurosawa and Zoetrope came together in the early 1980, and the film that the two created isn’t in the Kurosawa series but is in the Zoetrope one. 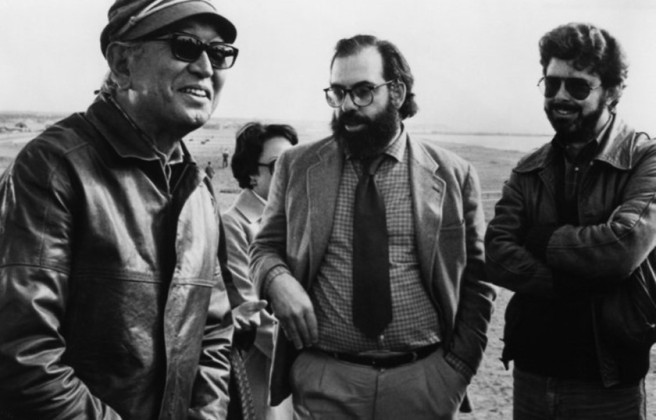 The Stanford is currently running Akira Kurosawa films Fridays, Saturdays, and Sundays through the middle of March – changing the bill weekly. They’re calling it a film festival, but with only one double bill per a week, I call it a series. Either way, it’s tempting.

I confess: I failed to get this article out before the series started last Friday with The Seven Samurai. It ran through Sunday. For the next five weekends, you can catch a Kurosawa double bill.

For instance, next Friday, Saturday, and Sunday, you can see Ikiru – his masterpiece on mortality and the meaning of life. It’s matched with the noir that made Toshiro Mifune famous, Drunken Angel. 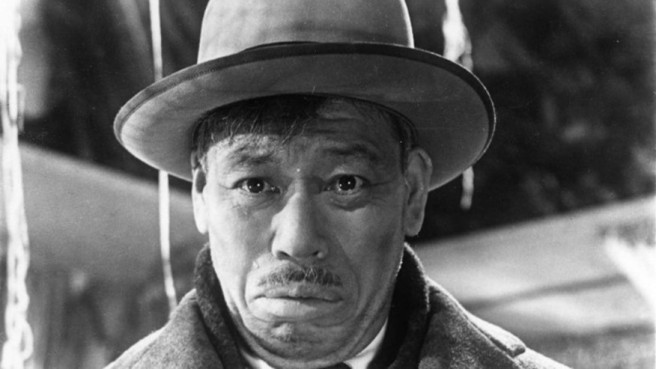 The series contains eleven of Kurosawa’s 30 films, and for the most part they’re the right ones. It doesn’t contain any of his bad films (yes, Kurosawa made bad ones). But the series lacks two that should be seen, Dersu Uzala and Sanjuro.

Since it’s the Stanford, all the films will be in 35mm.

Years before Francis Ford Coppola’s rose into the pantheon of great directors and fell quickly out of it, he created Zoetrope to help filmmakers trying to get their foot into Hollywood’s door. We don’t really know when the series will end. I suspect they don’t know, either. I can tell you that they will screen at least 11 feature films and will stop no earlier than May 17.

Not surprisingly, the series starts with the film that put Coppola on the map, The Godfather (read my appreciation). BAMPFA will also screen his first feature, Dementia 13, which was produced by Roger Corman six years before Zoetrope existed. Other Coppola-directed films that we know are in the series are The Rain People, The Conversation, and One from the Heart. I heartily recommend The Godfather and The Conversation and haven’t seen the other three.

Coppola didn’t create Zoetrope just to make his own movies. Among the films he produced are George Lucas’ first feature, THX 1138, Godfrey Reggio’s Koyaanisqatsi, and Paul Schrader’s almost great Mishima: A Life in Four Chapters (you can read my opinion).

Eventually, major world-respected auteurs that became unbankable turned to Zoetrope for financing. That’s why the series has two Jean-Luc Godard films, Every Man for Himself and Passion, along with Kurosawa’s Kagemusha. Warning: This is a deeply boring, but beautiful film.

What’s missing? The Godfather, Part II – probably the best film Coppola ever directed. Also, Apocalypse Now, the most controversial and the most recut of Coppola’s works.