This week in Bay Area movie theaters (aside from the final Star Wars flick): Agnès Varda says her goodbye. Bruce Willis and Gene Hackman go after bad guys. Sidney Lumet opens his big-screen career and Ingmar Berman closes his. You can even spend Christmas watching Fiddler on the Roof. And speaking of that happy holiday, we’ve got A Christmas Story, The Shop Around the Corner, and four theaters screening It’s a Wonderful Life.

By the way, you may notice some changes to the newsletter. I now treat 35mm as a special format, like 4K DCP and 70mm. Also, I’m now including the year for each film. Thanks to Ron Light for that suggestion. 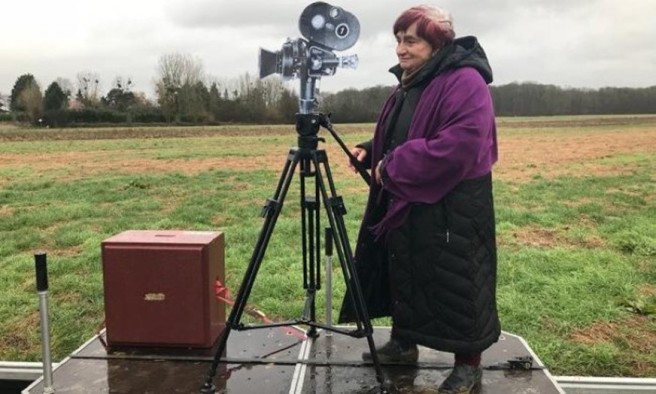 Agnès Varda made many films over the decades, and for her last, she filmed her own autobiography. I’m not sure I’ll be able to catch any of these screenings, and I’m sorry I can’t. The opening film of the series Agnès Varda: An Irresistible Force.

Die Hard: The original Die Hard is easily one of the best action films ever made. As very evil people take over a partly built skyscraper, one determined but vulnerable cop (Bruce Willis) does everything he can to save the hostages. The movie’s power comes from its willingness to spend time on character development before the action starts. Read my A+ appreciation.
The French Connection: One of the grittiest, filthiest, most realistic dramas ever to win Best Picture. A mystery and a character study, the film examines a foul-mouthed, violent, and borderline racist police detective (Gene Hackman in the best performance of his career).  It also includes one of the best car chases in movie history.

Both films in 35mm!
The Shop Around the Corner: Ernst Lubitsch mixes a little drama into this romantic comedy set in a Budapest store. James Stewart and Margaret Sullavan play employees who hate each other in person, but as anonymous pen pals, they’re in love. The movie was remade at least twice, as In the Good Old Summertime and You’ve Got Mail.
The Wizard of Oz: I don’t really have to tell you about this one, do I? 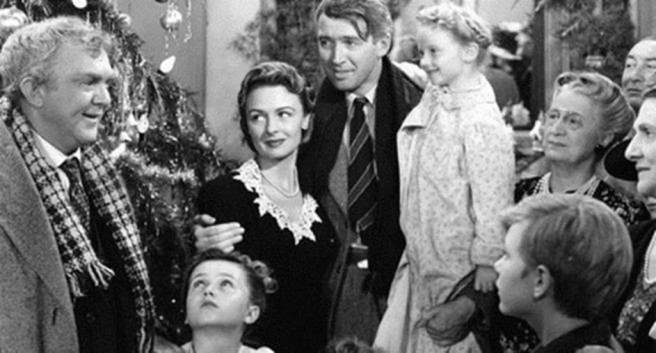 There’s a rarely-acknowledged dark side to Frank Capra’s feel-good fable. George Bailey (James Stewart) saves his town and earns the love of his neighbors, but only at the expense of his own dreams and desires. Trapped, frustrated, and deeply disappointed, George needs only one new disaster to turn his thoughts to suicide. The extremely happy (some would say excessively sappy) ending works because George, whose main problems remain unsolved, has suffered so much to earn it. Read my A+ appreciation. 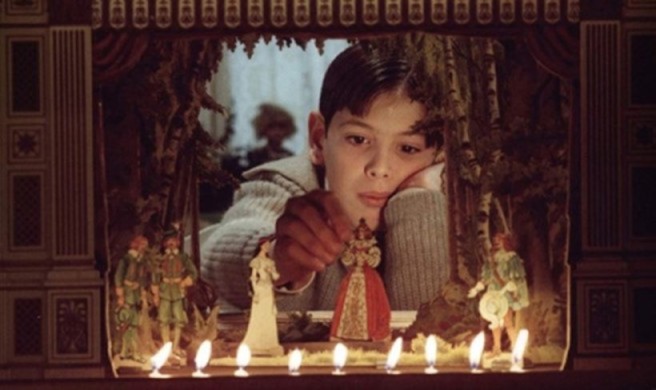 In Ingmar Berman’s penultimate film, set in early 20th-century Sweden, two happy children enjoy their loving family. But it’s a fragile world, and one parental mistake could have it tumbling around the children’s ears. When their father dies, and their mother marries an extremely strict, Calvinist bishop, the children’s lives become a living hell, made bearable only by Alexander’s prolific imagination. Read my Blu-ray review.

Sidney Lumet made a great one-set movie in his very first leap from the small to the big screen. The 12 men of the title comprise the jury in a just-completed first-degree murder trial; a guilty verdict would mean execution. Most of them just want to condemn the kid and get on with their lives, but one juror (Henry Fonda) insists on taking his responsibilities seriously. This is basic 1950’s liberalism – the system is rigged against the downtrodden, but a few good citizens can right society’s wrongs. Read my Blu-ray review. 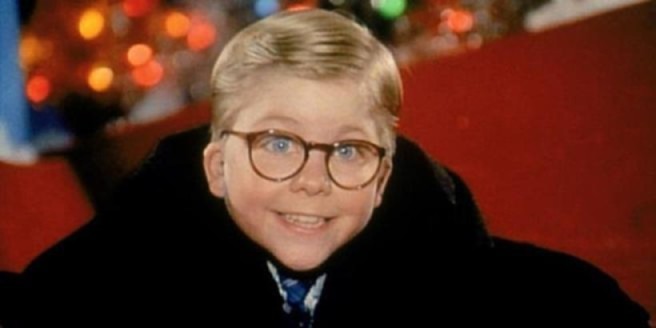 Sweet, sentimental Christmas movies – at least those not authored by Charles Dickens or Frank Capra – generally make me want to leave the room. But writer Jean Shepherd’s look back at the Indiana Christmases of his youth comes with enough laughs and cynicism to make the nostalgia go down easy. A holiday gem for people who love, or hate, the holidays. Free with a Shop Elmwood voucher.

B Mr. Smith Goes to Washington (1939), Stanford, Thursday and next Friday 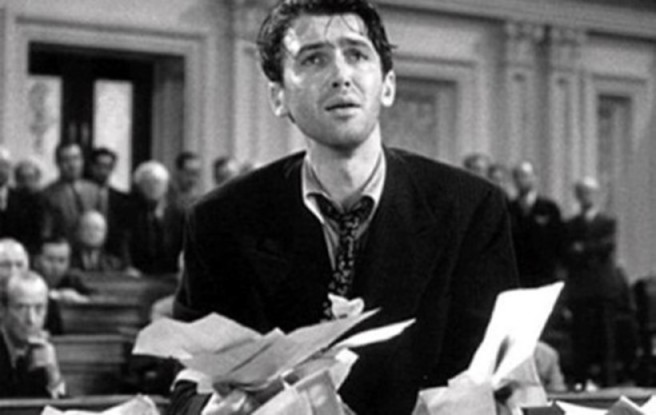 35mm! Corrupt political bosses appoint as senator a naive, young idealist (James Stewart) because they think he’s stupid. They’re wrong. The second and best film in Frank Capra’s common-man trilogy, Mr. Smith creaks a bit with patriotic corniness, and has political views that seem almost as naive as its protagonist. But it has its moments. Stewart’s speech about how “history is too important to be left in schoolbooks” can still bring a lump to the throat of any patriotic American – red or blue. Besides, it’s just plain entertaining. On a double bill with Another Thin Man. 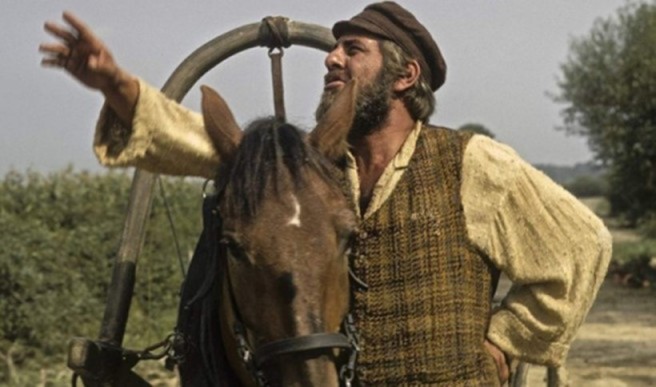 As a teenager, I loved the musical stage play and hated the movie (I saw both when they were relatively new). I felt that the film’s production values were too big, and the comic timing was off. Now I can appreciate what director Norman Jewison was trying to do. Rather than making a musical comedy with a period setting and a serious undertone, he turned it into a historical spectacle with songs. The result has its problems, but it also has its joys. The documentary about its making, Fiddler: A Miracle of Miracles, is a much better than the movie.