Halloween is only one day, but Bay Area movie theaters celebrate it weeks ahead. Here’s what’s coming if you want to jump out of your seat…or merely laugh at the ridiculousness of it all.

These are your best options for frightful cinema:

Frankenstein: No one played Dr. Frankenstein’s nameless creation like Boris Karloff, who interpreted the monster as a child in a too-large body – an outcast torn between his need for love and his anger at the society that rejected him. James Whales’ original Frankenstein is atmospheric and beautiful.
Bride of Frankenstein: Whale’s first and only sequel, Bride of Frankenstein, is his masterpiece – the film that opens up the monster’s poetic soul. With Colin Clive as the mad scientist, Ernest Thesiger as a delightfully over-the-top madder scientist, and Elsa Lanchester as both Mary Shelley and the monster’s mate. 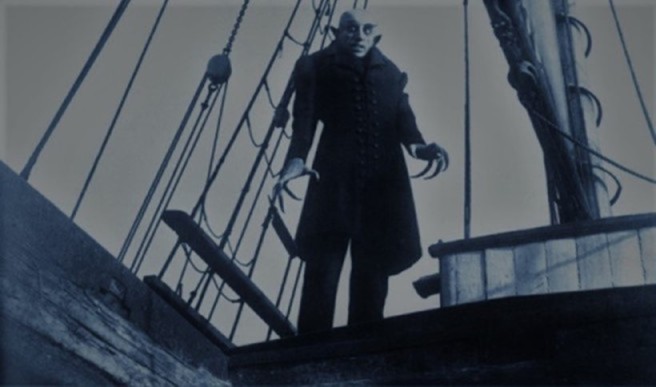 Forget about sexy vampires; the first film version of Dracula doesn’t have one. In this unauthorized rip-off that got the filmmakers into legal trouble, Max Schreck plays Count “Orlok” as a reptilian predator in vaguely human form. This 1922 silent isn’t the scariest monster movie ever made, but it just might be the creepiest. Not to be confused with Werner Herzog’s 1979 remake. Read my Blu-ray review. Live musical accompaniment by Sleepbomb.

A Night of the Living Dead, New Parkway, Friday, Oct. 25 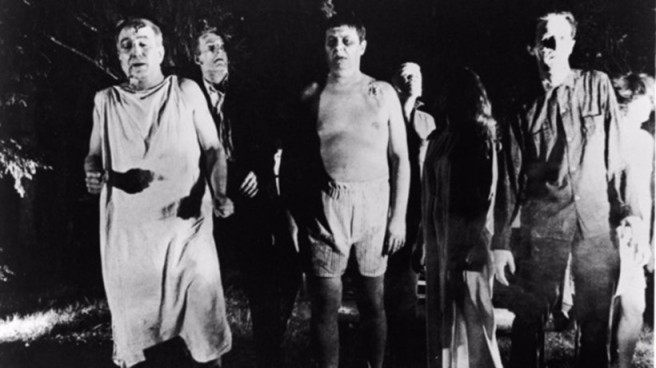 This is fear without compromise. The slow, nearly unstoppable ghouls (sequels and imitations would later rename them zombies) were shockingly gruesome in 1968. Decades later, the shock is gone, but the dread and fear remain, made less spectacular but more emotionally gripping by the black and white photography. Night of the Living Dead is scary, effective, occasionally funny, and at times extremely gross. It can be viewed as a satire of capitalism, a commentary on American racial issues, or simply one of the scariest horror films ever made. Read my essay.

Mel Brooks showed off his talent beautifully in this sweet-natured, 1974 parody and tribute to the Universal horror films of the 1930′s (specifically the first three Frankenstein movies). Gene Wilder wrote the screenplay and stars as the latest doctor to be stuck with the famous name. With Marty Feldman, Madeline Kahn, Cloris Leachman, and Peter Boyle as the lovable but clumsy creature. 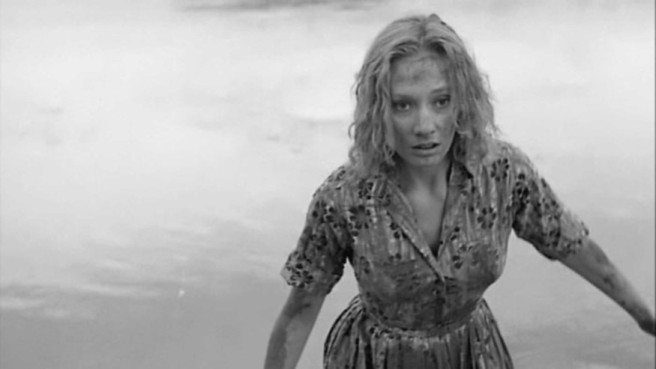 This low-budget horror movie works in some very strange ways. A car goes off a bridge into a deep river, and one sole survivor comes out of the deep. She then drives to a new town where a job is waiting for her. But scary, dead-looking people seem to follow her. Has she lost her mind, or is she being pulled into the afterlife? The movie is creepy and atmospheric, and since it concentrates on her mental condition, it’s not exceptionally gruesome. Candace Hilligoss gives an excellent performance in the lead role. The rest of the cast is amateurish, but that only increases the sense of strange dread. On a double bill with Night Tide, which I’ve never seen. 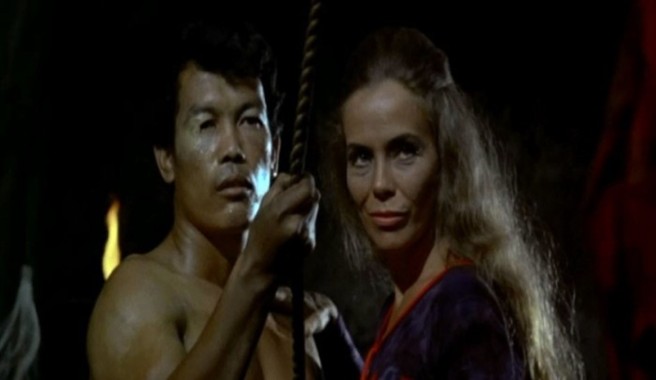 This one-day marathon of magic, (allegedly) evil women runs more than 12 hours. I haven’t seen any of the seven low-budget movies myself. For the right kind of people, this could be a lot of fun.

John Carpenter made a very good low-budget thriller that started a very bad genre: the slasher movie – also known as the dead teenager flick. In the original Halloween, an escaped psycho racks up a number of victims on the scariest night of the year. Yes, the story is absurd–the guy seems capable of getting into any place and sneaking up on anyone–but Carpenter and co-screenwriter Debra Hill take the time to let us know these particular teenagers, and that makes all the difference. By the time he goes after the mature, responsible one (Jamie Lee Curtis), you’re really scared. At the Castro on a very strange double bill with Rock ‘N’ Roll High School.

And all the others

These are movies I’ve never seen, or not in a long time, or I just don’t like them enough to recommend them. Anyway, I’m listing these by theater and date.

If I’ve missed anything, I’m sorry.