B+ Biographical drama
Written by Tom Edge, from the the stage play End of the Rainbow
Directed by Rupert Goold

I don’t really know how Garland’s singing voice sounded in her later years. The latest recording of her voice I heard was recorded around 1954. I do know that she drank like a whale and smoked like a forest fire, and I can easily imagine what that the older Garland would have sound like. And that’s how Zellweger sounds, with deep emotion blown through cigarette smoke. It’s stunning. 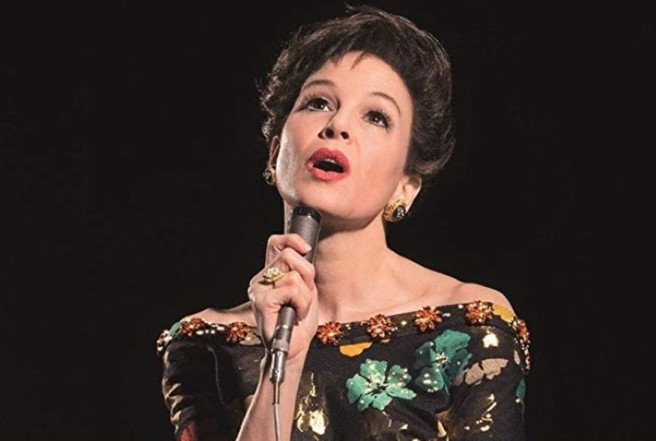 Speaking of singing, screenwriter Peter Quilter and director Tom Edge made an intelligent and all-too-rare choice: Almost all the songs in the film are sung beginning to end. These songs – all old standards – are heartwarmingly beautiful. This is a very sad story – Garland died at 47 from a barbiturates overdose – and the music makes it bearable. And yes, it closes with exactly the song you’d expect.

The film focuses on a series of concerts she gave in the swinging London of the late 1960s. She’s clearly falling apart, and every night it’s a question of whether she will give a brilliant performance or fall flat on her face.

The film starts when she leaves her two young children with their father, her third husband, Sidney Luft (Rufus Sewell). He wants full custody, and that’s clearly the best option, even if Judy doesn’t realize it. She loves her children, but she’s far from being a responsible adult. 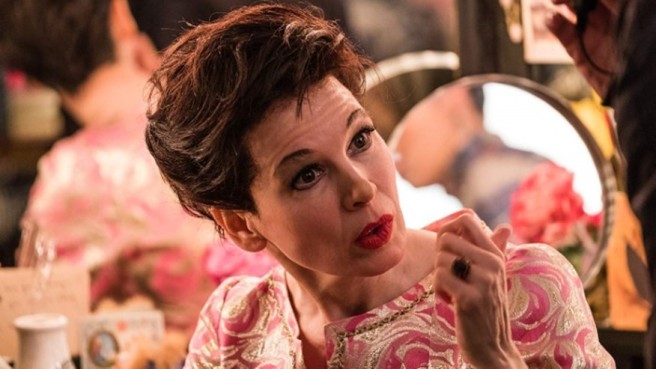 If you’re wondering about her one famous child, Liza Minnelli (Gemma-Leah Devereux) turns up in a brief scene. A child of Judy’s earlier marriage with Vincente Minnelli, she’s an adult now.

Finn Wittrock plays her fifth and last husband, Mickey Deans, a younger man, and something of a wheeler dealer. He’s clearly trying to resurrect her career, but does he really love her? The movie never really shows us his motives.

Through flashbacks, the film shows how her treatment as a teenage star at MGM messed up her life. The studio exploited her talent, scared her with the possibility that she may not be special, and got her addicted to diet pills. 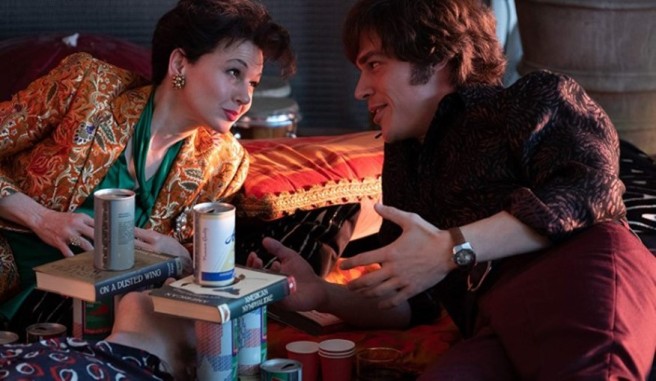 This is the fourth British film I’ve seen in a year about a great artist in decline (the BBC produced the film). The others were about Oscar Wilde, Stan Laurel, and William Shakespeare. And now we have Judy Garland. These are inevitably depressing movies, but most of them are still worth seeing…including this one.

Judy opens today at the Embarcadero Center, the Albany Twin, and the Piedmont. 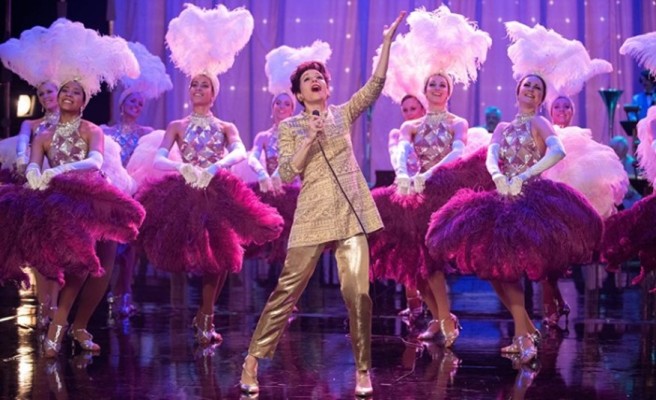