I don’t know how many times I’ve seen Stanley Kubrick’s masterpiece, 2001: A Space Odyssey. I know I saw it four times in movie theaters just last year. And I didn’t just watch it. I wrote four articles about the picture. In them, I explained why Christopher Nolan’s unrestored version was not like the 1968 experience. I wrote about falling in love with 2001 all over again. I picked this film for my Blu-ray vs 4K comparison. And I wrote about all my 2018 2001 experiences for Gary Meyer’s Eat Drink Films.

Here are the mistakes that I’ve noticed over the years, or that other people have pointed out to me. I’m ignoring failures to guess the future; Kubrick and screenwriter Arthur C. Clarke had no way of knowing that computers would get smaller, or that the Soviet Union would collapse. Instead I’m concentrating on errors that could have been found when the movie was being made.

The Year in the Title

When a film’s title contains a year, you have reasonable expectations that a large part of the story will take place in that year. Outside of “The Dawn of Man” and “Jupiter and the Infinite,” you can reasonably assume that the film is set in the year 2001.

But then there’s that intertitle, between the Moon sequence and the trip to Jupiter, that tells us that it’s “18 months later.” So both sequences could not possibly happen in the same year. So where in the film is it 2001? 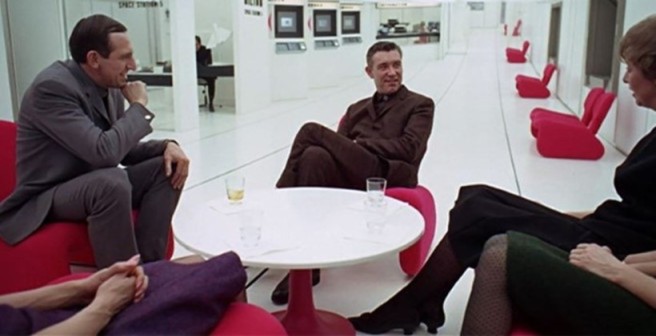 I don’t buy it. The people running the country – any country – will hide the fact that there’s poison in your drinking water. But they won’t hide the existence of aliens. Why? Because governments need a military threat to help control you. Once someone discovers that little green men are coming, governments will have an excuse to impose martial law and quadruple the defense budget.

This isn’t just a problem with 2001. Several other science fiction movies – for instance, Independence Day – use the same top-secret, mass hysteria plot device. And in the real world, many people actually believe in this very large and ridiculous conspiracy theory. Uncontained food in zero g can get away from you. So on a Pan Am spaceship to the moon, Dr. Floyd enjoys a meal of liquid nutrition (and, I hope, flavor) sucking through straws. But once he removes his lips from a straw, the liquid clearly falls back into the container. How did that happen without gravity?

Kubrick could have solved this problem easily by using opaque straws. 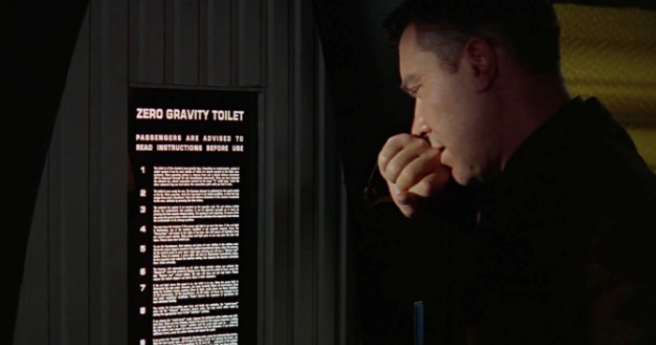 After his meal, Dr. Floyd has to do what he has to do. But first he has to read ten very long steps in the mounted instructions. The ship appears to be for commercial use, so you can’t assume everyone is trained beforehand. Accidents must happen all the time, and often while trying to read the directions. To make matters worse, these long and complex directions are mounted outside the restroom.

Perhaps I’m being too hard on Kubrick and his collaborators. This was clearly intended to get a laugh. In fact, Clarke called this shot the only intentional joke in the film.

By the way, you can read the instructions.

How long do these dedicated professionals have to pretend they’re dying?

To continue hiding the discovery of the lunar monolith, the Clavius Base on the moon has cut off all communication with the outside world. To explain the blackout, the government created a false rumor that an epidemic is sweeping the base. Would anyone believe that? It’s not as if bacteria can move through radio waves.

And how long do they have to keep up this fake epidemic and radio silence? The government is still keeping the information secret when the movie switches to the Jupiter mission, 18 months later. This is extremely cruel to the scientists and their families.

And even the astronauts traveling to Jupiter don’t know about the monolith that’s sending them there. Bowman and Poole are highly-rated military officers. Couldn’t they been told?

Bowman talks too much 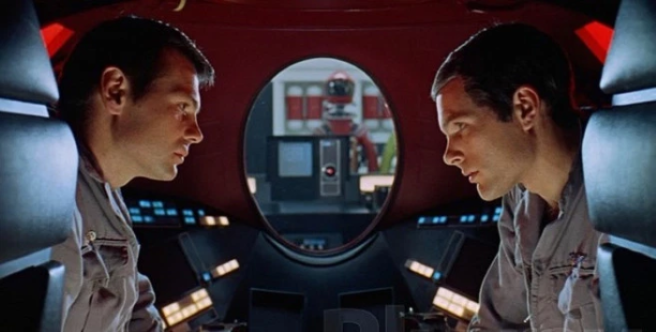 Bowman and Poole have a talk with HAL. He appears to be making mistakes, and that’s dangerous. HAL assures them he won’t and can’t make mistakes.

What does Bowman do? He assures HAL that all is okay. Then he turns to Poole, right in front of HAL, and says something that effectively means “Let’s go somewhere where HAL can’t hear us.” Of course, HAL will know they’re ganging up on him, and he’ll do whatever he can to protect himself.

Why does Bowman go to Jupiter 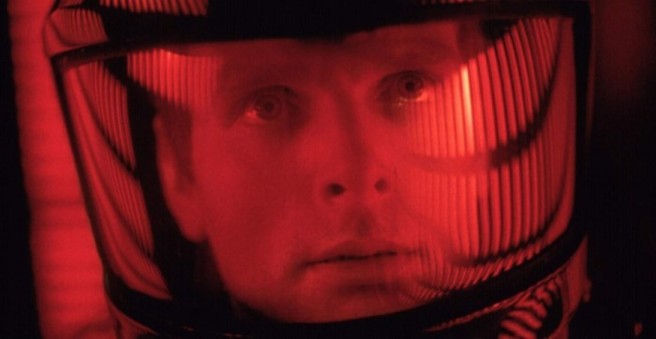 With the death of all but one member of the crew, the point of the voyage dies with them. The scientists who will study the big planet, its moons, and that strange monolith, died in hibernation. Bowman should turn around and go back to Earth. After all, his job is to steer the ship.

It’s not like he was almost there. In the BBC interview, we learn that it took seven minutes for radio signals to go between Earth and the Discovery. That’s about a sixth of the distance to Jupiter when the two planets are at their closest.

Would 2001 have been a better movie without these mistakes? Probably not. Many of these flaws were necessary to overlook for the movie to work. I’m happy the way it is.

I hope this list of errors will be my last article on 2001 for a very long time.