Not much to talk about this week, but we do get dancing mice, a Claymation Mark Twain, Adam Sandler in a dramatic role, Hitchcock’s best, and our first film festival of 2019.

Short films can make you laugh, inspire you with beautiful visuals, and even break your heart. And if one of them turns out to be a stinker – well, it’ll be over soon. This selection contains seven shorts that wowed audiences and judges at this year’s Sundance Film Festival. Three of them won awards. I didn’t care for all of them, but the best are just amazing. Read my review.

Will Vinton R.I.P.: The Adventures of Mark Twain + Festival of Claymation, Roxie, Sunday, 2:00 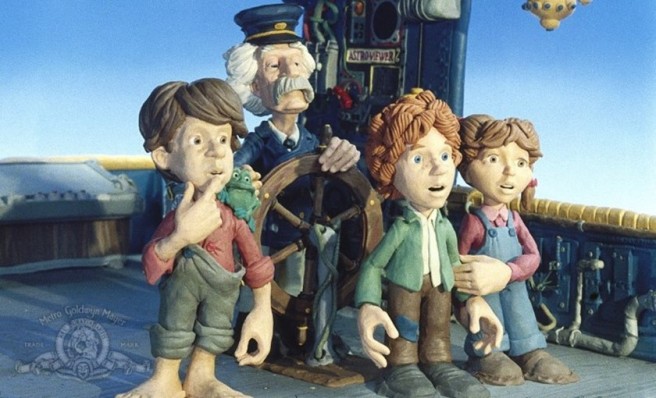 The recently-deceased animator, Will Vinton, turned clay into living beings decades before Wallace and Gromit came along. To honor the man who coined the word Claymation, the Roxie will screen his feature Adventures of Mark Twain, plus a collection of Vinton’s shorts titled Festival of Claymation. 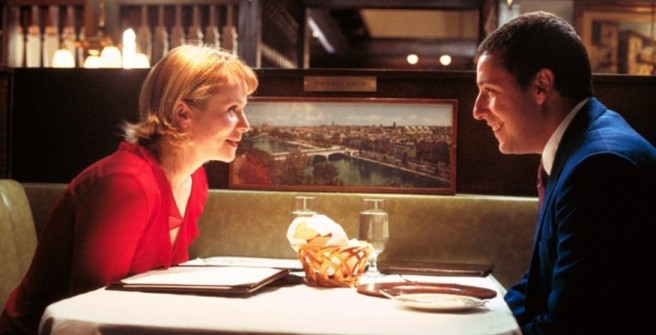 I vaguely recall this Paul Thomas Anderson drama, which shocked the world by proving that Adam Sandler could act. His supporting cast, which included Emily Watson and Philip Seymour Hoffman, may have coaxed him into working hard. Aside from Funny People, he hasn’t done much real acting since.

In a small, eastern Ukrainian town only a mile from the front lines, an orphaned boy lives with his grandmother. The sounds of war are a near-constant background noise. His only friends are a younger cousin and a teenage boy who tends towards dangerous play. Two scenes show a full classroom of children, but otherwise the town seems empty. The film meanders aimlessly but also creates considerable suspense. A great film with equally great flaws. Part of the series Oscars Spotlight: Documentaries. 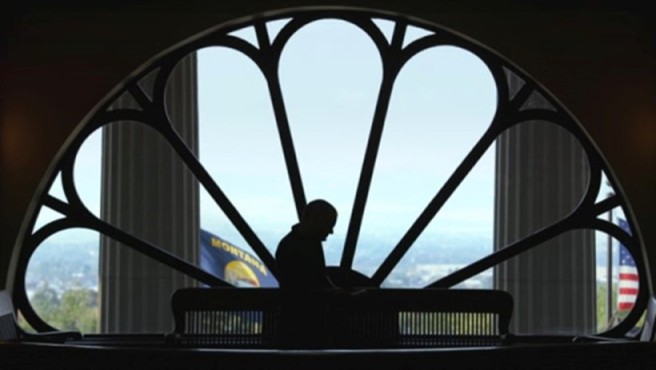 Kimberly Reed’s documentary covers one of the most important issues in America today: the legal bribery system that drives the American form of alleged democracy. Unfortunately, it throws so much information at you that you can’t absorb it. The film has its moments, but it’s often emotionally remote. One good article could provide the same information in a third of the time. This issue needs a better documentary. Read my full review.

Alfred Hitchcock at his absolute best! James Stewart is riveting as a news photographer temporarily confined to his apartment and a wheelchair, amusing himself by spying on his neighbors (none of whom he knows) and guessing at the details of their lives. Then he begins to suspect that one of them committed murder. As he and his girlfriend (Grace Kelly) investigate, it slowly dawns on us (but not them) that they’re getting into some pretty dangerous territory. Hitchcock uses this story to examine voyeurism, urban alienation, and the institution of marriage, as well as to treat his audience to a great entertainment. Read my A+ Appreciation. On a double bill with 2001’s Panic Room, which I recall liking very much.

Hayao Miyazaki’s masterpiece is a beautiful, complex, and occasionally scary tale of a young girl cast into a strange and magical world. The intriguing and imaginative creatures, not to mention the moral dilemmas, are beyond anything that Dorothy ever had to deal with in Oz. A truly amazing work of animation for which I would have given an A if the New Parkway wasn’t screening the dubbed version.