Director Alfonso Cuarón (Gravity) returned to his native Mexico and created an amazing film – a loosely-plotted study of Mexico City, 1970-71, through the eyes of an indigenous maid who works for a comfortable middle-class family. And no, this is not entirely about class differences, although that always lurks in the background. Roma is a study of a time and a place, a culture, a people, women who trust untrustworthy men, and one special person, who happens to be a maid. Beautifully shot in black-and-white scope. Read my full review.

I haven’t seen either of these classics in years, so I’m not going to grade them or list this as a Great Double Bill. I recall liking individual scenes from Orson Welles’ Lady from Shanghai, but not caring much for the movie as a whole. But I think I liked Gilda.

I remember being totally entranced by this Czech version of Shakespeare’s comic fantasy, made with puppet animation, ages ago. The print I saw had no dialog but was narrated by Richard Burton. I suspect the archival print to be screened here, from the Czech National Film Archive, will be subtitled. Introduced by Jan Pinkava, creative director of Google Spotlight Stories and an Academy Award–winning animation director. Part of two series: Movie Matinees for All Ages and The Puppet Master: The Films of Jiří Trnka.

A+ Dr. Strangelove & Being There, Castro, Thursday 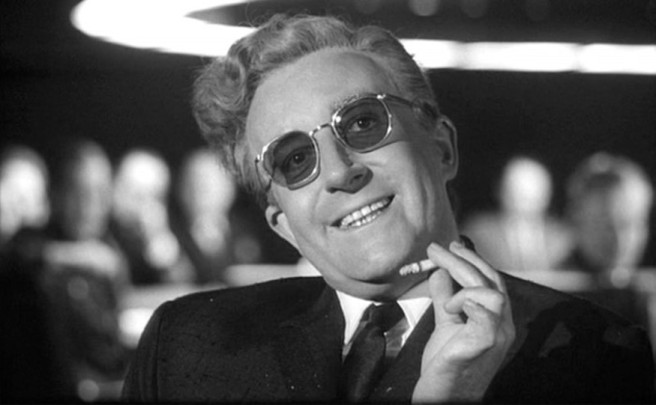 Dr. Strangelove: General Jack D. Ripper (Sterling Hayden) orders his men to bomb the USSR and start World War III. But have no fear! The men responsible for avoiding Armageddon (three of them played by Peter Sellers) are almost as competent as the Three Stooges. The ultimate cold war comedy. Read my Blu-ray review.
Being There: Peter Sellers gave the best performance of his life as a mentally deficient TV addict in this biting satire. An accident brings him into the halls of wealth and power, where his idiotic comments are interpreted as sage advice, courageous honesty, or brilliant wit. Funny and biting.

The first important science fiction feature film still strikes a considerable visual punch. The images – workers in a hellish underground factory, the wealthy at play, a robot in the form of a beautiful woman – are a permanent part of our collective memory. The simplistic politics at times feel like trite melodrama, but it soon turns into something like grand opera. Read my longer report and my Blu-ray review. This presentation, which the series Fritz Lang & German Expressionism, will use the Berlin Radio Symphony Orchestra recording rather than live music. 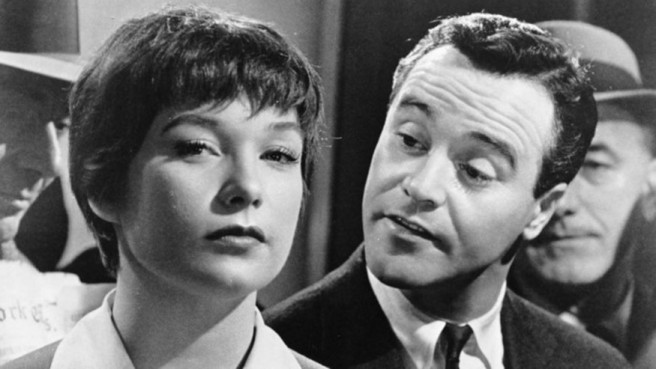 Billy Wilder won a Best Picture Oscar for this serious comedy about powerful men exploiting both attractive women and their male underlings. Jack Lemmon gave one of his best performances as a minor white-collar worker who rises in the company by loaning his apartment to company executives—all married men–for private time with their mistresses. With Fred MacMurray as the top exploiter and Shirley MacLane as the woman he exploits and Lemmon loves. Read my Blu-ray review. A Film-to-Table dinner will follow the screening.

Once again, Kenji Mizoguchi shows us the cruelty of medieval Japan, only this time with ghosts. War brings profits and hope to two ambitious peasants…until the war comes to their doorsteps and scatters them and their families. If only they had listened to their level-headed wives, who told them to be happy with their lot. But for one husband, hoping to become a great potter, it becomes difficult to tell the living from the dead. There has always been something ghostly about Mizoguchi’s images; this film makes no bones about it. 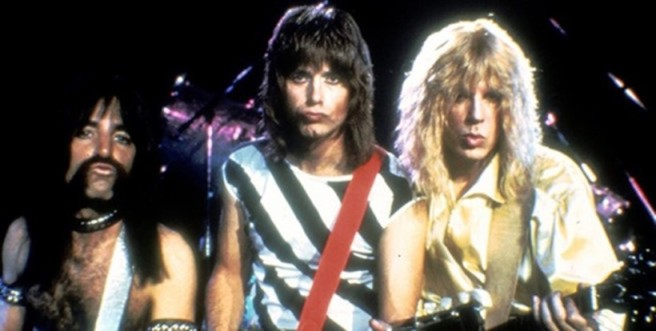 The mockumentary to end all rockumentaries. Christopher Guest, Michael McKean, and Harry Shearer play the subject of this fake documentary–an English heavy metal band of questionable talent on a disastrous American tour. Director Rob Reiner plays, appropriately enough, the documentary’s director. Uneven, but often brilliantly hilarious, although you need a good grounding in rock music and concert movies to get most of the jokes. On a scale of one to ten, the best scenes rate an eleven. 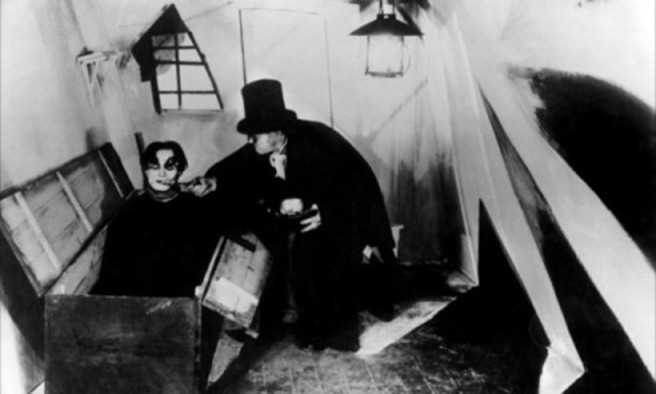 This important piece of German expressionism is an easier film to admire than to like. The story is very conventional–at least until the end. But visually speaking, this must be one of the weirdest commercial movies ever made. Its strange design and way over-the-top acting keeps the audience at arm’s length; the constant intensity can be exhausting. But the atmosphere can also have a powerful hold. Judith Rosenberg will accompany the film on piano. Part of the series Fritz Lang & German Expressionism, even though Lang didn’t direct.