There’s no question in my mind that film historian and filmmaker Peter Bogdanovich (The Last Picture Show) considers Buster Keaton to be one of the greatest, if not the greatest, physical comedian since the invention of the movies. I agree completely. I’m such a big fan of the Great Stone Face that I named my cat Buster Kitton (the misspelling is intentional).

If you haven’t discovered Keaton, you’re missing one of the great joys of life. The best of the great silent comedians, he was a subtle actor who never smiled onscreen, a great acrobat who did his own spectacular stunts, and, through the 1920s, one of cinema’s greatest auteurs.

But if you’re already a Keaton fan, you probably don’t need to see The Great Buster: A Celebration. There’s little in this biographical documentary that hasn’t been said before. Nor is it the best way to introduce a novice to the joys of Keaton; for that, show them one of his best features, or a select of shorts. Or better yet, take them to a theatrical screening with live music.

On the other hand, if you – or a friend – have just discovered Keaton, and you want to learn more about his life and work, Bogdanovich’s documentary will make a very good primer. But it’s not the only one. Kevin Brownlow’s excellent three-part series, Buster Keaton: A Hard Act to Follow, streams for free on YouTube.

But this new documentary has one big advantage over YouTube. Come Friday, it will be playing in theaters; Keaton’s work, like so much great comedy, was always better with an audience.

And that’s why I’m giving this “Celebration” a B+. Much of the film’s runtime – maybe half of it – is taken up by some of the funniest physical comedy ever filmed. True, these routines are funnier in the context of the movies they were made for, but they’re still hysterical – and all the more so when you’re part of a laughing audience.

When Bogdanovich (who also narrates) isn’t showing Keaton’s work, he provides a conventional showbiz documentary. The movie presents newspaper clippings, old interviews, and most of all, contemporary comedy artists with something to say, including Mel Brooks, Carl Reiner, Richard Lewis, and Dick Van Dyke. Strangely, he also gets viewpoints from the seldomly funny Quentin Tarantino and Werner Herzog. But Jackie Chan – the living movie star most indebted to Keaton – doesn’t show up among the documentary’s talking heads. 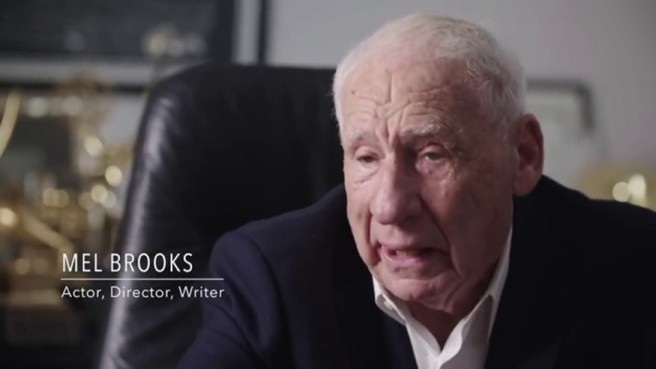 The documentary’s final section goes through Keaton’s feature films chronologically. Bogdanovich and I don’t always agree on the quality of his work. He loves College
and aside from one sequence, doesn’t care much for Seven Chances. For me, it’s the other way around. But we both agree that The General is his masterpiece. Pretty much everyone does.

While declaring that Keaton’s work is timeless, Bogdanovich ignores the one aspect of these films that has become offensively outdated, although you can catch it if you look closely at The Great Buster. I’m talking about Keaton’s use of racist humor. Many of his films treat people of color in ways that make 21st-century audiences squirm. In the 1920s, nobody thought about it…or at least, nobody white did. 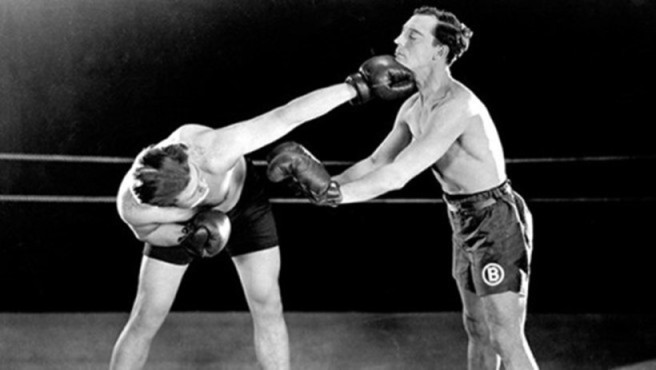 If you can forgive Buster Keaton for being a man of his time, you can find a great artist at the peak of his power. The Great Buster may not be the best way to enjoy this artist’s work, but it will do.

The Great Buster opens Friday at the Opera Plaza and the Shattuck.