The Napa Valley Film Festival opens tomorrow and runs through Sunday. Here are my opinions of three films running at the festival: 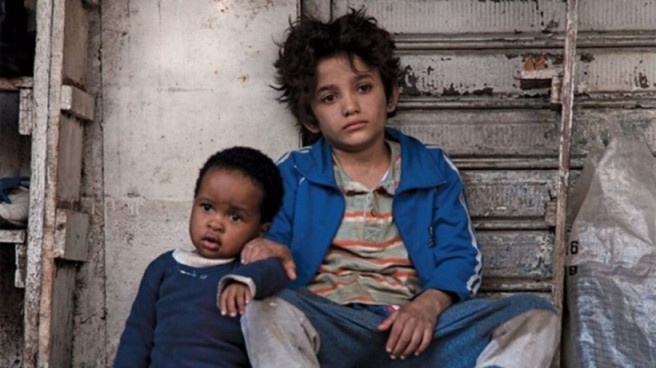 Children living in poverty have to do for themselves in this heartbreaking story of love and the lack of love. Twelve-year-old Zain sues his parents for bringing him into a cruel and horrible world, but that’s simply a plot hook. Through flashbacks, we discover his life as a resourceful boy who can’t afford to be honest. After his younger sister – the only person he cares for – is sold into marriage, he runs away, befriends an undocumented Ethiopian woman, and finds himself, after her arrest, the sole caretaker for her baby.

A A Private War

You can’t frequently place yourself in danger without emotional scars – even if you’re doing it for the best possible reasons. Marie Colvin (Rosamund Pike in an outstanding performance) may have been the most courageous news reporter in the history of journalism, running into war zones to report on the carnage. Screenwriter Arash Amel and director Matthew Heineman turn eleven years of her life (from when she lost an eye in Sri Lanka to when she lost her life in Syria) into a study of a driven, fearless, empathetic, but emotionally broken human being. Read my Mill Valley report and my full review.

Everyone, even the least racist and sexist among us, have implicit biases – the prejudices you don’t even know you have. Even computer algorithms take on the biases of their programmers. Director Robin Hauser, who often plays the film’s guinea pig, discovered her own biases in making the film. It’s a conventional talking-heads documentary that would probably work better on TV than on the big screen. But it will probably leave you with a desire to try Harvard’s IAT tests to discover your own biases.