I went to Mill Valley yesterday for the Mill Valley Film Festival (I usually go to the Rafael). I saw two films, one documentary and one narrative, and both about prejudice. 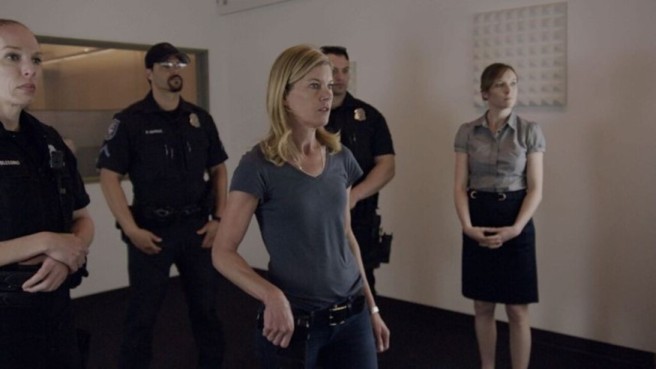 Everyone, even the least racist and sexist among us, have implicit biases – the prejudices you don’t even know you have. Even computer algorithms take on the biases of their programmers. Director Robin Hauser, who often plays the film’s guinea pig, discovered her own biases in making the film. It’s a conventional talking-heads documentary that would probably work better on TV than on the big screen. But it will probably leave you with a desire to try Harvard’s IAT tests to discover your own biases.

After the screening, Hauser did a Q&A. Some highlights, edited for brevity and clarity:

A- The Hate U Give

A teenage girl navigating both black and white worlds finds herself at the center of a controversy in this powerful, endearing, frightening, but also Hollywoodish film. Starr (Amandla Stenberg in an excellent performance) lives in a tough, crime-ridden inner-city neighborhood, but she goes to a predominately white private school. Then she witnesses the police murder of a friend, and her life goes upside-down. The Hate U Give deals with many aspects of the African-American experience, including black-on-black crime, drug dealing, poverty, and living in two different worlds.

After the film, the Festival gave Stenberg a Spotlight Award, a surprising honor for someone so young (she turns 20 this month). The Q&A included Stenberg, director George Tillman Jr., and two representatives of Twentieth-Century Fox. Some highlights, edited for clarity and brevity:

The Hate U Give will screen one more time at the Mill Valley Film Festival: Thursday, October 11, at the Rafael. It’s opening that same day at the Grand Lake. It will open wide a week later.