Three new movies this week, two of which are about the dangers of excessive money. Also, a religious double bill, surreal sci-fi, journalists, filmmakers, and giant worms. And only two film festivals. 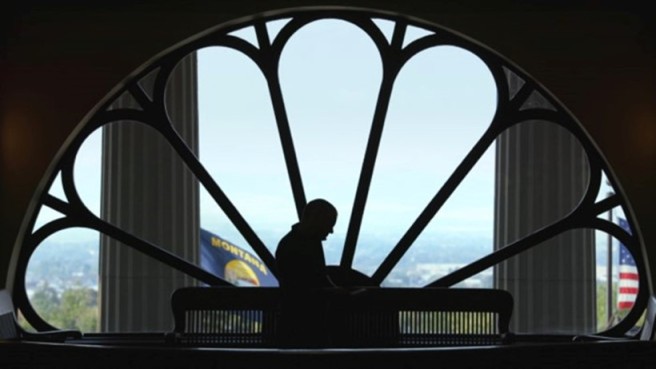 Kimberly Reed’s documentary covers one of the most important issues in America today: the legal bribery system that drives the American form of democracy. Unfortunately, it throws so much information at you that you can’t absorb it. The film has its moments, but it’s often emotionally remote. One good article could provide the same information in a third of the time. This issue needs a better documentary. Read my full review. Over the weekend, director Kimberly Reed and subjects Ann Ravel and John Adams will be on hand for Q&A. Check theater websites to find out when.

B Todo lo Demas (Everything Else), Roxie, opens Friday

I couldn’t help wondering if this Mexican character study was influenced of Kurosawa’s Ikiru. The main character – the only real character in the movie – is a city bureaucrat completely cut off emotionally from the rest of the human race (Adriana Barraza). At work, people wait for hours to hand her their filled-in forms, and she nitpicks, finding the slightest mistakes so that she can sent them back to wait hours more. She appears to have no friends or relatives. She gives some affection to her cat, but when the cat dies, she seems to take it in stride. 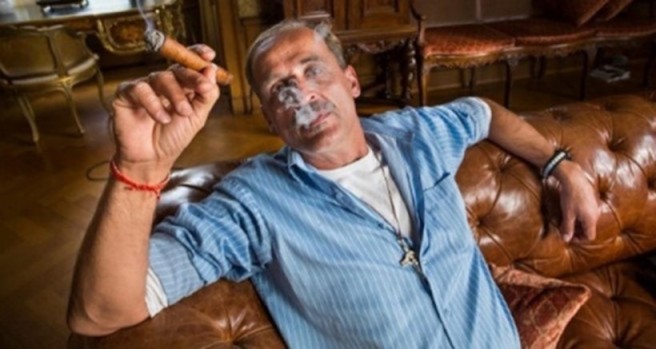 Extreme wealth is destroying our lives, our culture, and the planet’s ability to support us. This documentary looks at several people obsessed with money – both those who have a lot and those who desperately want more. We see young men loaded down with expensive bling, and naked young women dancing for dollars that men wipe on them. Many stories are powerful, but director Lauren Greenfield spends too much time on her own well-adjusted, comfortably middle-class family. Read my full review. 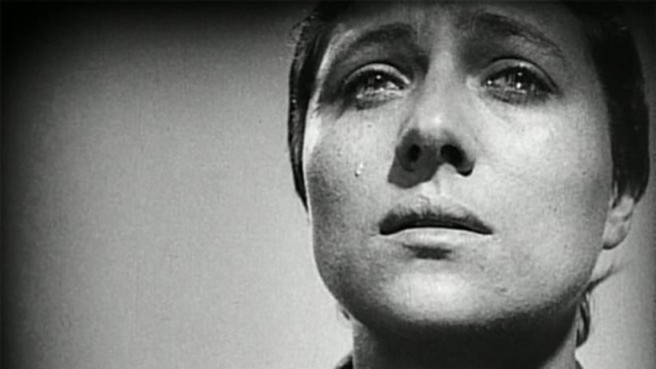 The Passion of Joan of Arc: By concentrating on faces, Carl Theodor Dreyer’s silent The Passion of Joan of Arc surpasses all but a few cinematic dramas. Renée Jeanne Falconetti plays Joan as an illiterate, terrified, 19-year-old peasant girl in way over her head. Read my larger appreciation. New 4K digital restoration. Richard Eisenhorn’s excellent score for the film, Voices of Light, recorded on the DCP, will provide non-live musical accompaniment.
First Reformed: Ethan Hawke gives a great performance as a reverend hit by multiple tests of faith. A congregant lives in total despair due to global warming. The big megachurch down the block (which owns his small, historical church) is bowing to big petrodollars. And the reverend has a serious drinking problem along with some frightening medical symptoms.

In 70mm! Stanley Kubrick’s visualization of Arthur C. Clarke’s imagination tells you little, but it shows you a great deal. Unlike any other science fiction movie (or any other big-budget blockbuster), it offers daring story structure, striking visuals, breathtaking use of music, and a refusal to explain what it’s all about. As prophesy, 2001 failed. But as fantasy, adventure, mystery, and even theology, it’s brilliant. That’s a surprising statement for what was in its time the most realistic science fiction film yet made. Read my report. The New Mission has one of the largest screens in the Bay Area, and for 2001, the bigger the better. Too bad the screen isn’t curved, though. The Wednesday screening will be part of the New Mission’s big Screen Science series.

Few horror movies depend so much on wit, and so little on gore. The entire population of this small desert town could probably fit in a small bus. But that population–which includes good ol’ boys, eccentrics, gun nuts, and a visiting scientist – gets a whole lot smaller when giant predators come up from the ground and drag their meals down under the sand. The movie has its gruesome moments (it is a horror film), but it mostly balances on that fine line between comedy and suspense. I love the fact that the creatures are never explained.

B+ The Bad and the Beautiful, Stanford, Friday through Sunday 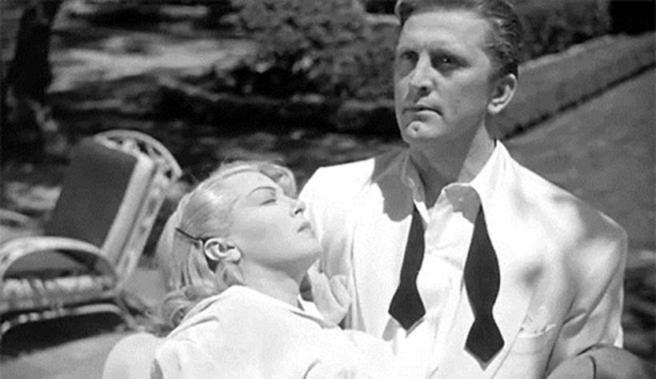 The same year he made The Band Wagon, Vincente Minnelli used a Citizen Kane-like multiple flashback structure to tell the story of a talented, outwardly nice Hollywood producer (Kirk Douglas) who only seems evil to those who get close enough to know him . As realistic a look at how Hollywood changes and corrupts those who serve it as tinsel town has ever dared to make. On a double bill with Two Weeks in Another Town. 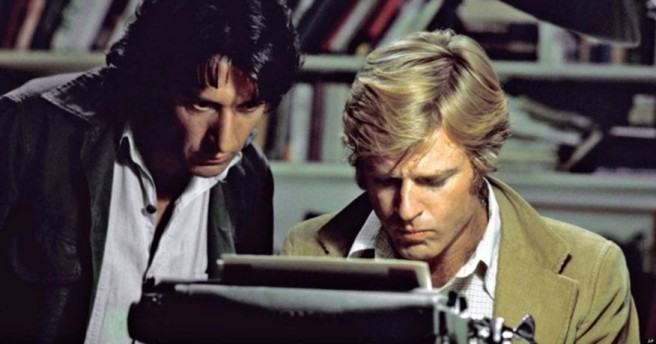 The movie version of how the Washington Post brought down the Nixon Whitehouse focuses entirely on the investigation, without subplots. We never learn anything about the reporters’ private lives, and very little about how they felt about each other. Both Robert Redford and Dustin Hoffman give good performances, despite the film often feeling cold. Let’s hope we all get a sequel in real time. The first of the New Parkway’s series in collaboration with KPFA.