And only one film festival. 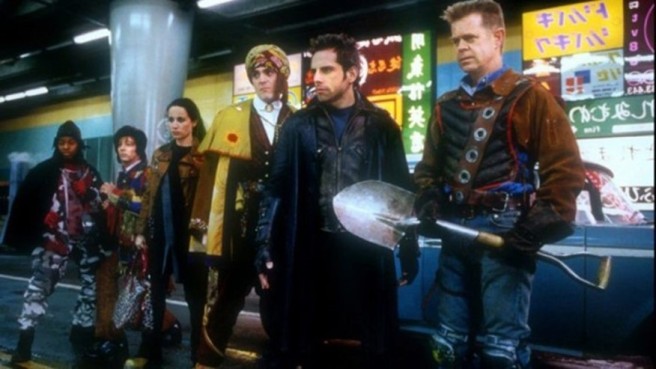 I loved this superhero satire when it opened in 1999; I even bought a used DVD (and eventually gave it away). I expect I’d still enjoy it now. A Weird Wednesday presentation.

A Shadow of a Doubt & A Strangers on a Train, Stanford, Friday through Sunday 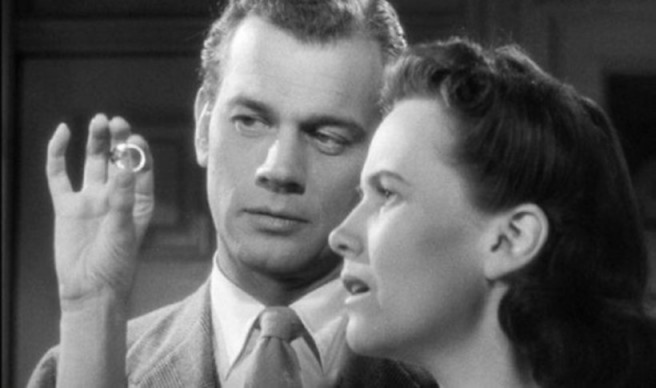 In Alfred Hitchcock’s Shadow of a Doubt, a small-town girl (Teresa Wright) begins to suspect that her beloved Uncle Charlie is a notorious serial killer (Joseph Cotton at his most charming). Things get worse when he suspects that she suspects. In Hitchcock’s Strangers on a Train, a rich, spoiled psychopath convinces himself that a moderately-famous athlete has agreed to exchange murders. Before long, the police think the athlete murdered his wife, while the psycho insists that the athlete owes him a murder. Part of the series Hitchcock and Other Masters of Suspense

A Double Indemnity & B The Killers, Castro, Saturday 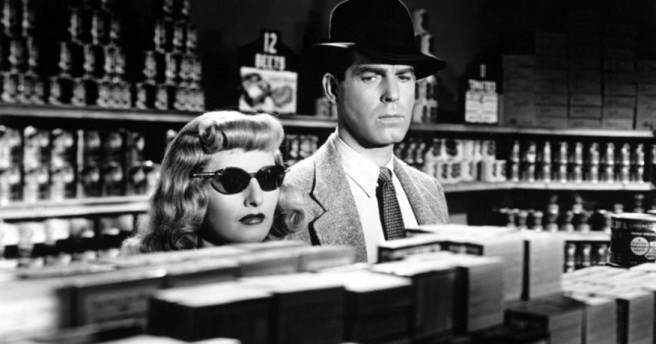 In Double Indemnity, rich, unhappy, and evil housewife Barbara Stanwyck leads insurance salesman Fred MacMurray by the libido from adultery to murder in Billy Wilder’s near-perfect thriller. Edward G. Robinson is in fine form as the co-worker and close friend that MacMurray must deceive. A great, gritty thriller about sex (or the code-era equivalent) and betrayal. The Killers uses a Citizen Kane-like flashback structure to examine the life of a murdered gangster-turned-gas station attendant (Burt Lancaster in his breakthrough role). Also on the bill: Steve Martin’s noir parody, Dead Men Don’t Wear Plaid.

A Monty Python and the Holy Grail, Castro, Friday, 7:30 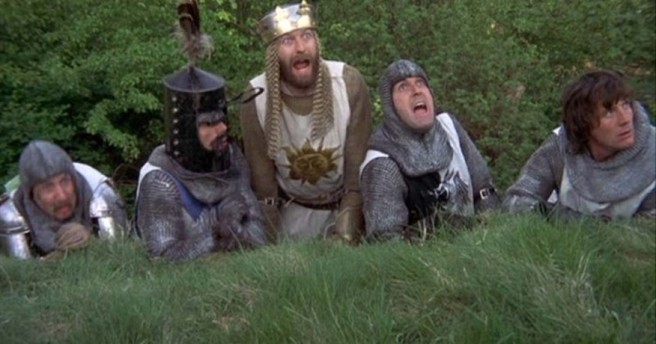 Bump your coconuts and prepare the Holy Hand Grenade, but watch out for the Killer Rabbit (not to mention the Trojan one). The humor is silly and often in very bad taste, and the picture has nothing of substance to say beyond ridiculing the romantic view of medieval Europe. But the Pythons’ first feature with an actual story (well, sort of) keeps you laughing from beginning to end. After Airplane!, the funniest film of the 1970s—and the 1070s. On a Terry Gilliam double bill with the newly-restored Jabberwocky, which I hated when it was new. 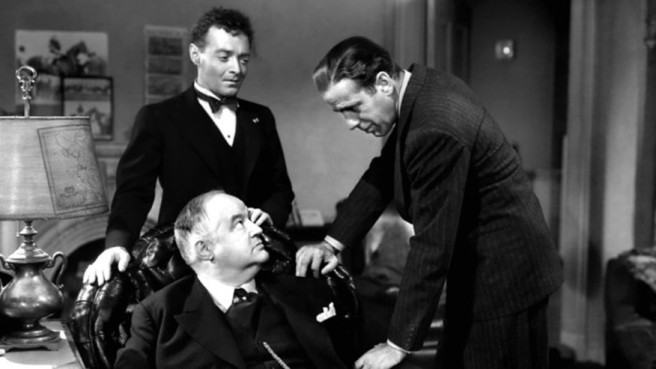 Dashiell Hammett’s novel had been filmed twice before, but screenwriter and first-time director John Huston did it right with the perfect cast and a screenplay (by Huston) that sticks almost word-for-word to the book. The ultimate Hammett motion picture, the second-best directorial debut of 1941 (after Citizen Kane), an important, early film noir, and perhaps the most entertaining detective movie ever made. This movie is truly the stuff that dreams are made of. 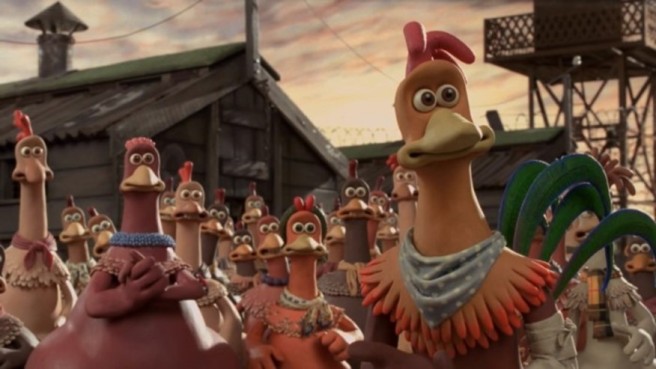 The Great Escape with chickens, and all made out of clay. The first (and best) feature from the Wallace and Gromit gang has a group of very British chickens and one cocky rooster (Mel Gibson, before we knew he was a jerk) determined to escape the farm before they’re all turned into pies. Animated in clay, it’s a remarkable feat of ingenuity, technical savvy, and pure patience. More importantly, it’s hilarious.