For almost two weeks of this month, the San Francisco International Film Festival will take over the Castro. But since I’m covering that festival elsewhere, I’ll stick here to the other two and a half weeks.

San Francisco’s grand movie palace will screen 19 feature films from the 20th century; in other words, movies that were originally projected on physical film. Only five of those films will be projected in 35mm; the others will be projected digitally, mostly on DCP. That will disappoint a lot of people, but not me. More often than not, I find that DCP provides a better image than film.

For instance, I’m delighted to read that on December 27, the Castro will screen Night of the Living Dead in 4K DCP. The last time I saw it, also at the Castro, the badly battered print lacked an important scene. It’s screening with Dawn of the Dead, in “HD Digital.” I have no idea what that means. It might be as good as DCP, or it might be awful.

Night of the Living Dead

On the other hand, I’m delighted to see that on the 20th, they’re screening The Big Lebowski in 35mm. I’ve never seen it on physical film, and the DCP is lousy. It looks like video, with film grain removed and everything smoothed over. It’s on a double bill with Cheech and Chong’s first feature, Up In Smoke, on DCP.

The Castro is continuing its current trend of double-billing a relatively new film with a classic. This month they include: 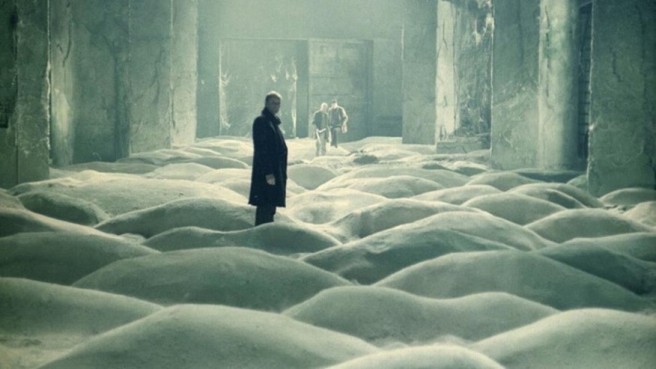 Other double bills include Persona & 3 Women and Once Upon a Time in the West with another European western from the 1960s called The Great Silence.