As Chaplin’s methods slowed down while he chose to make longer films, it was inevitable that a year would come without a single new Chaplin comedy. The first such year was 1920; there would be many others. 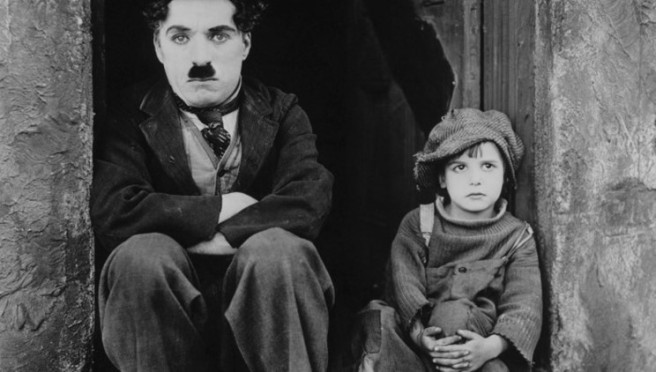 Everyone wanted him to make more movies. His distributer, First National, had signed him up for eight short comedies in 18 months; but after three years, he had only delivered three. His partners at United Artists – a distribution company he started with three other independent producers – desperately wanted Chaplin movies, but they couldn’t get any until he had finished the First Nationals. And, of course, the moviegoing public was crying for more Chaplin.

Everyone got what they wanted (except United Artists) in early 1921, when First National finally released Chaplin’s first feature-length movie, The Kid. Chaplin had blended comedy and pathos before, but not like this. The Tramp becomes responsible for another human being here, and the loving relationship between Charlie and his adopted son, mixed with deft, beautifully-performed slapstick, is like nothing else before.

It was a massive hit. 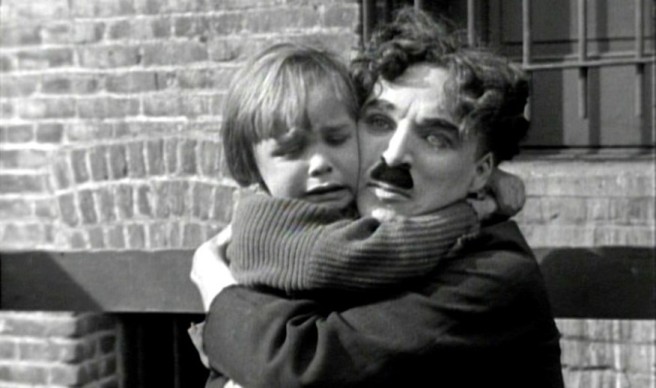 The Kid, as I saw it on Filmstruck before writing this article, and every other time I’ve seen it, is not the version First National released in 1921. Fifty years after that release, Chaplin cut about seven minutes from the film and composed a new musical score. This version is the only one that Chaplin’s estate allows to be screened. I have never seen the original version.

Judging from this shortened cut, The Kid is a seriously-flawed masterpiece. It contains scenes of near-perfect, roll-on-the-floor comedy. It has scenes of deep parental love and heart-breaking pain. And what’s most astonishing; they’re often the same scenes. You laugh more because you care for these people, and you care more because they make you laugh.

But the movie contains scenes so sentimental that they’re beyond human consumption. Take the first few minutes: Chaplin’s long-time leading lady, Edna Purviance, plays an unwed mother, leaving a charity hospital and carrying a very heavy burden. An intertitle tells us that “Her only sin is motherhood.” (Chaplin may have been thinking of his own mother, who had at least one child out of wedlock.) Chaplin juxtaposes Edna carrying her bundle with a statue of Jesus carrying his cross, and doesn’t even try to hide that he’s making a point. 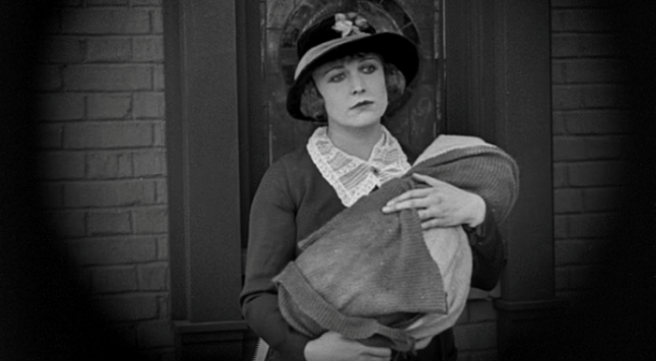 Not surprisingly, the three scenes Chaplin cut out all involved Purviance. I’ve seen these scenes – they’re a supplement on FilmStruck – and I think the elderly Chaplin was right to remove them, although one scene outside a wedding suggests an interesting view of marriage.

Luckily, in the current cut, the early Edna Purviance scenes are mercifully short. Once Chaplin waddles in as the Tramp, and becomes the son’s de facto father, the movie comes alive.

Although the cast credits identify Chaplin’s character as “A Tramp,” he’s not entirely homeless. He has a small, rundown garret apartment, and works as a glazer. In one of the film’s best sequences, Charlie and his adopted son (six-year-old Jackie Coogan) go out to drum up work. Jackie throws rocks at people’s windows, then Charlie just happens to come along and the gets the job. When a cop begins to suspect, the frightened child naturally goes to his parent for protection, making everything look worse. 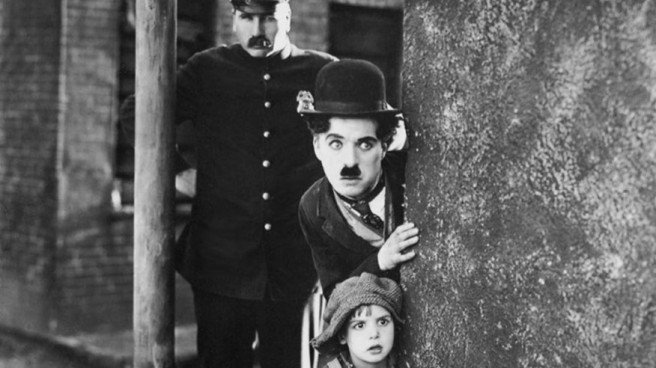 Coogan is wonderful as The Kid. He’s not just another adorable little boy – although he is certainly that. He’s a little boy raised by Charlie, which means he’s been taught to act like a gentleman despite his extreme poverty. It also means that he’s been taught larceny and petty theft.

The Kid contains one great chase scene, along the city’s rooftops, which should have been the movie’s climax. Unfortunately, the melodramatic music Chaplin composed for the sequence in 1971 kills both the excitement and the humor of the visuals.

Not all the bad scenes have Edna Purviance. Near the end, Charlie goes to sleep and dreams of heaven. The sequence isn’t funny. It doesn’t connect with the emotions or themes of the story. And it doesn’t serve the plot. It’s absolutely pointless. 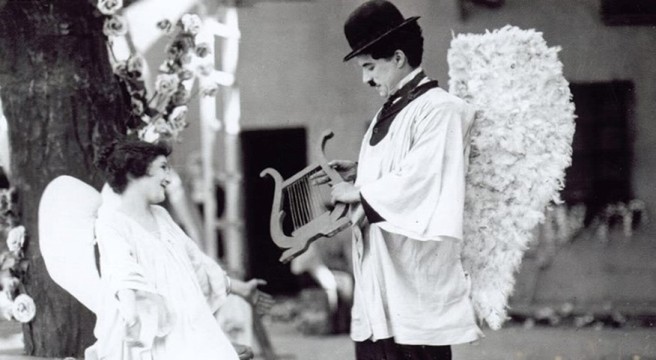 But for most of the film’s running time, The Kid is brilliant, and a major step towards Charlie Chaplin’s artistic maturity.

With The Kid, Chaplin stepped into feature filmmaking. But he couldn’t make the jump entirely. He wanted out of the First National contract. And that meant making three more shorts.